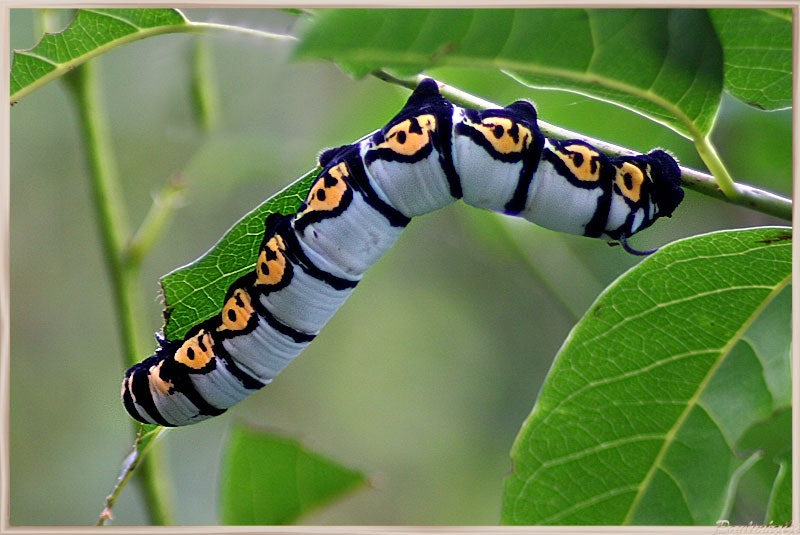 We start with a Republican sounding a bit dumb. He says Obama is waging war on religion and he seems to think the media puts up stories just to please the Democrats. Wingnut stuff, and he’s the chairman of the Republican Party, not some radio host. But nobody takes much notice.

That’s what opens him to attack. It’s tough to get viewers upset about policy or world view, easier to get them upset about behavior. So politicians try these outrage maneuvers. Democrats give this one their best shot. In effect, they say there’s something very wrong about bringing caterpillars into the women’s health debate. How wrong? Terribly wrong. And everyone should feel as angry as the Democrats in question claim to feel.

Republicans tried something like this in ’08, but they had “pig” to work with. “Caterpillar” isn’t much. A typical thing about Democrats, I expect, is that they don’t notice how they actually react to words. So they don’t notice that “caterpillar” sounds absurd, not offensive, and that caterpillars are funny-looking creatures that we don’t think about once we’re past picture books.

To footfault the chairman for his caterpillar remark, you’d have to make him look silly and self-involved. A slow headshake and an eye roll would be the idea. A marked degree of exasperation and a long-suffering wish that the Republicans would stop playing games and face up to their actions. Instead the Democrats fire back like he said pig or Nazi or slut—something heavyweight, the ingredient that makes the formula work. But the ingredient isn’t there, so they flop.

A hot charge from Obama’s deputy campaign manager: the Republican “compares the debate over vital health care services to a war on insects.” Oh no, a war on insects! The Democratic National Committee settles for summarizing the viewpoint it wants to induce, but doing so in a huffy voice: “to have the head of the GOP say these attacks on women are as fictional as a ‘war on caterpillars’ is callous and dismissive of what matters to women and completely out of touch.”  The head of EMILY’s List demonstrates a pitfall:  “I can’t even believe I have to explain that comparing women to bugs is offensive, but since Republicans seem to need that, here goes. Women are not sluts. Or caterpillars.” Bringing in “sluts” makes “caterpillars” look awfully lightweight.

The Democrats lead-foot the gas pedal and then wonder why the engine floods. In a case like the caterpillars, the target should be people ready to feel a qualm, a misgiving, a twinge of irritation. They sense that there’s something off and possibly disrespectful about this caterpillar comparison, and this sense can thicken and grow a bit if provided with proper cues. That’s it. If your strategy pays off, people don’t think about the caterpillars and get angry. They roll their eyes. They say to themselves, “Yeah, Republicans have their head up their ass.”

Years ago a young man was tortured and beaten to death because he was gay. The whole nation was shocked, and liberal voices pointed out that now was a good time to do something about anti-gay hatred. Conservatives were clever in how they fought back. I well remember a woman pundit who went on TV in a heavy mood. “I don’t know,” she said, shaking her head. “It just bothers me how people are using Matthew’s death. It just… bothers me.”  It was a vile performance, but she played her hand as well as it could be played. Democrats can’t even hold the cards.