Unrest Within the Intellectual Dark 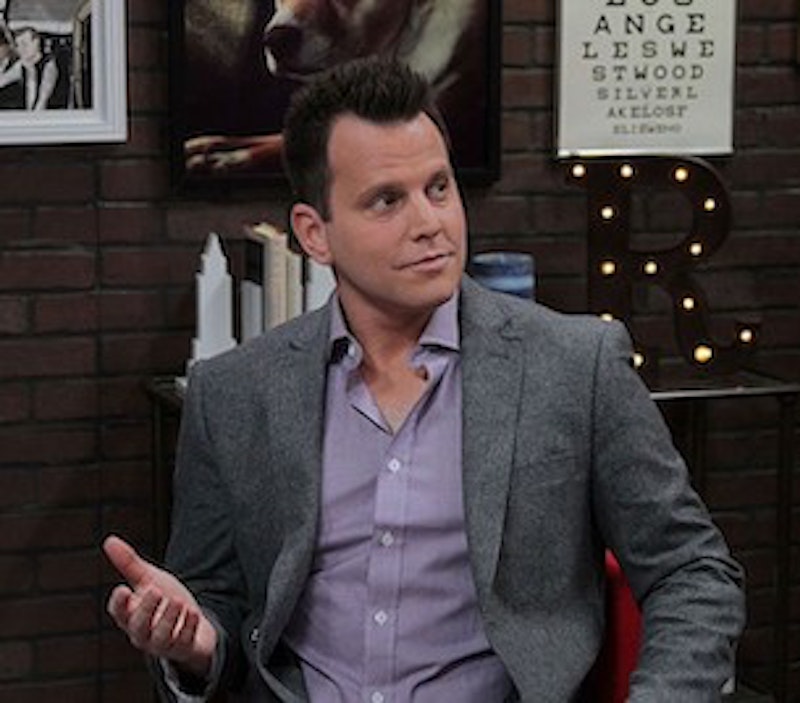 A recurring theme surrounding that well-mannered, loose collective of thinkers known as the Intellectual Dark Web is the debate over whether or not Dave Rubin's the liberal he claims to be. That issue’s heating up now that Quillette, generally considered an IDW standard bearer, has published a piece written by Uri Harris suggesting that the host of The Rubin Report is a creature of the right, even though he supports gay marriage, wants a solid government-funded safety net in place for the needy, and checks other traditional left-of-center boxes.

Rubin, who's long resisted claims that he's a crypto-conservative, isn't taking the critique lightly. He's squabbled on Twitter with Quillette publisher Claire Lehmann, who he considers a friend. But his friend called him a “big baby” for being overly sensitive in his reaction to the Quillette story, and now there’s the first major rift within the Intellectual Dark Web underway.

Rubin's a tough nut to crack, politically. He’s about the only self-described liberal who’s never criticized Donald Trump. If you tasked someone unfamiliar with him with determining his political orientation in five minutes via his Twitter account, they'd conclude he's a right-winger. The part-time standup comic retweets Donald Trump Jr., hammers on Democrats while letting Republicans off easy, and smiles while posing for snapshots with liberal bugbears such as Candace Owens, Charlie Kirk, Ben Shapiro, and Tucker Carlson. Rubin generally walks and talks like a conservative, but he calls himself a disillusioned liberal who's just trying to discuss political differences with those he differs from politically without it turning into the usual partisan cage fight.

Harris begins his article with a discussion of a chart put together by writer Daniel Miessler that catalogues the views of six prominent IDW members on 12 separate issues that Miessler believes separates liberals from conservatives. The graphic indicates that Rubin, along with Eric Weinstein, Joe Rogan, and Sam Harris, is a traditional liberal. As Rubin appears on Tucker Carlson's show and speaks in front of groups like Turning Point USA, Harris concludes that the Miessler chart is inaccurate at identifying which issues “truly divide liberals and conservatives.” He makes no mention of the fact that liberal-leaning TV networks and political groups don't send Rubin invitations.

Harris posits that Rubin's a member of the “new right” that's formed online, on YouTube in particular. This group unites around common antipathy to the “new left,” which is preoccupied with identity politics, suppression of free speech, and various forms of privilege that must be atoned for. The author cites Vox editor-at-large Ezra Klein's opinion that YouTube is where the politics of the future are emerging, and postulates that Rubin being a gay, pro-choice supporter of Obamacare isn't all that relevant in determining which political sphere he's assigned to in the incubator of tomorrow's politics.

Harris tripped up by referencing the heavily criticized Data & Society study, “Alternative Influence: Broadcasting the Reactionary Right on YouTube,” which used a “Six Degrees of Separation” sort of analysis to place Rubin on a “reactionary right” list that includes Canadian white nationalists Faith Goldy and Stefan Molyneux, and American admirer of Adolf Hitler, Richard Spencer. As Ben Shapiro (also on the list), a conservative whose politics differ significantly from Rubin's correctly pointed out, such shoddy methodology would designate Don Lemon the gateway to Sean Hannity because both have interviewed Lindsey Graham.

Rubin complained and Quillette caved by amending the Harris piece—“Is the Intellectual Dark Web Politically Diverse?”—with the addition of two criticisms of the Data & Society study. That title, however, isn't a good fit with the essay's body, which is focused almost exclusively on Rubin. A more accurate headline: “Is Dave Rubin What He Claims To Be, Or Is He Pretending?”

Rubin's suffered some unfair criticism because of his demeanor when face-to-face with some the Left's enemies, but the biggest blow he's taken was self-inflicted, and it still haunts him. That was his decision to host alt-right darling Stefan Molyneux on The Rubin Report and not challenging his steady stream of racist pseudoscience. That planted a seed of doubt that returns when something like this Quillette article comes out, as flawed as it is. If Rubin wanted to make sure people weren't going to call him a “gateway” to Molyneux and his ilk, all he'd have to do is issue a statement expressing regret for how he conducted that disastrous, all-too-chummy-sounding interview.

Perhaps Quillette's signaling an ideological adjustment by running the Harris piece. Rubin should understand that some of the flack he takes is justified. He says he regularly has people on the Left on his show, but they're mainly fellow IDW members and personal friends like Sam Harris, Bret Weinstein, and Eric Weinstein. Rubin's yet to demonstrate that he can sit down with a standard lefty like The Majority Report host Sam Seder and have the kind of convivial conversation he had with Milo Yiannopoulos. Perhaps he's not capable of it.

Rubin says he won't invite Seder on his show because one of Seder's employees once called him dumb, but Seder made that person issue an apology. After the Quillette piece came out, Seder once again challenged Rubin to have him on The Rubin Report. The time's come for Rubin to accept that challenge if he wants to continue claiming that's he's about sitting down for civil conversations with people holding a diversity of opinions. If those opinions include those of Stefan Molyneux and Milo Yiannopoulos, but not Sam Seder, then that's an empty claim.