The Republican reckoning is still to come. 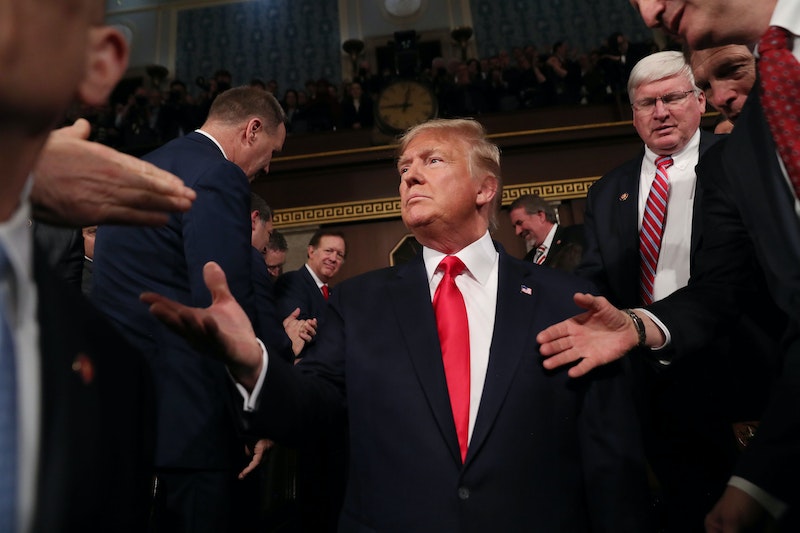 “The current Trumpist triumphalism may look in retrospect like Gollum getting the ring, a moment of exultation that helps lead to, and is quickly overwhelmed by, countervailing developments. I highly doubt that a future history of the current era will talk about how Trump gloried in his exoneration, triumphed over his enemies, and that was that.”

That was me, writing back in March, at a moment of Democratic depression after Attorney General William Barr had unleashed his squid-ink obscuration of the contents of the Mueller report. I had a point. The right-wing exuberance faded as the actual report was released, though it soon returned as it turned out Mueller’s report had not done much to sway public opinion; and especially after Mueller gave a lackluster presentation on it before Congress.

The day after which, an emboldened Trump made the Ukraine phone call that led to his pressure campaign against that county becoming public knowledge, which in turn set in motion the impeachment proceedings that have resulted in an acquittal and yet another phase of Democratic depression, as Trump places the Ring of Power back on his stubby finger.

Despair not, Dems. Trump and the Republicans still face a reckoning. That accounting likely will come in November, though I don’t rule out that the GOP may have some kind of victory then—the Senate majority retained, or perhaps, yet more darkly, a Trump re-election. But even if so, the GOP’s long-term prospects are bleak. The Greek King Pyrrhus of Epirus beat the Romans twice, in Italy no less, and yet his losses of soldiers led him to withdraw as a spent force, his name everlasting in “Pyrrhic victories.”

Ex-Republicans like me, and those Never Trumpers who remain on the ship near the gangplank, often have a more acute sense of the party’s weaknesses than do those who never were aboard. We know the party’s appeal was well-articulated in the Reagan era as a three-legged stool: national security vigilance; free-market economics; social conservatism. These had tensions with each other, and sometimes a leg wobbled when ideological expectations came up short against political reality or policy results. But the balance held, for decades.

The Republican Party of today is one of cognitive dissonance. It’s for national security hawks who don’t mind shady accommodations of foreign dictators and sell-outs of allies. It’s for free marketeers who are fine with government using antitrust and other regulatory powers to punish political enemies. It’s for religious conservatives who see the upsides of debauchery. It’s for people who’ve lost their ideals, or replaced them with sinister ones, such as ethno-nationalism. It’s for people who want conservative judges, but don’t give a damn about the rule of law.

A pessimistic Democrat might counter that the above intellectual inconsistencies don’t make for electoral weakness; that identity trumps rational consideration of the issues; that an electorate bombarded with disinformation will vote for candidates who don’t represent their interests or even make sense. I think cognitive dissonance wears away at people and parties over time. It can be sustained for a while, especially in a growing economy. But even if the debt-fueled economic bubble stays intact, the psychological bubble is fragile. The comfort zone of “the Democrats are worse” becomes harder to maintain.

My perspective is that of an independent moderate who’s not fond of many Democratic policy proposals. I favor a carbon tax and expansion of federal R&D, not a Green New Deal that restructures the economy; I don’t want Medicare for All that requires people who have good health insurance, as I do, to give it up; I’m skeptical about free college’s costs and consequences. But bad policies are bad policies. They can be changed with the next election—as long as we keep having real elections.

Don’t underestimate how much the fear of losing our democracy could shape the November elections. Many Democrats feel that fear, and it’s a motivating factor. Some Republicans silently worry too, including that Trump’s moves to weaken checks and balances will leave precedents for a future left-wing president. That may make such Republicans vote for Trump to hold off the feared change of power, though some will be wary of a vote that enshrines those precedents. Democrats need to make clear that the Trump formula goes away when he does.