The proposed executive order mandating classicism is not a matter of free expression. 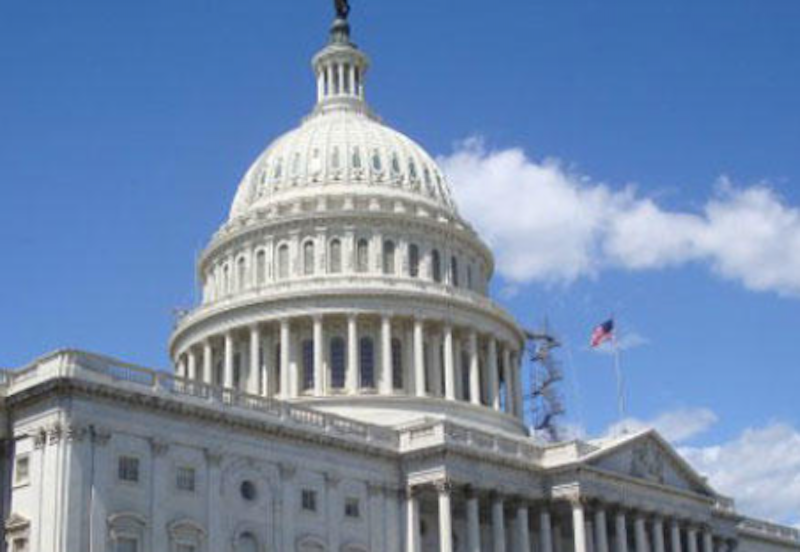 For what’s still a draft of a proposed executive order about building design, it sure has garnered a lot of attention. As first reported in Architectural Digest, the Trump administration is contemplating a policy prescribing "the classical" as the "preferred and default style" for large buildings commissioned by the federal government. The proposed order specifically frowns upon two "modern" styles: "brutalism" and "deconstructivism."

“The AIA strongly opposes uniform style mandates for federal architecture,” reads a response from the America Institute of Architects. “Architecture should be designed for the specific communities that it serves, reflecting our rich nation’s diverse places, thought, culture and climates. Architects are committed to honoring our past as well as reflecting our future progress, protecting the freedom of thought and expression that are essential to democracy.”

"Modern federal buildings rightly reflect the diversity of this great nation," writes The New York Times  editorial board in a sudden accession of uncritical patriotism, "from the wavy blue glass of the federal courthouse in Miami to the salvaged timber planks in a federal office building in Seattle to the vertiginous white facade of a courthouse annex in Salt Lake City." That vertiginous facade, I must say, sounds better in a sentence than it looks in a picture.

I'm not particularly in favor of such an order, and as a person who grew up in DC, I was bored by the classical by the time I was an adolescent. And yet I'm less upset by the brouhaha than are the Washington Post and Times. And if the Trump administration is straightforwardly imposing a ban on brutalism—as when they dropped the giant blank cinder block of the US Mint on Lucretia Mott's house in Old City Philadelphia, or devoted a filthy windowless concrete slab to housing the state library in Harrisburg, PA, I'm with them.

Of course, there's something to be said for brutalism. Occasionally federal architecture inadvertently tells the truth, as in the very-brutal FBI building in DC, more or less universally hated by all decent people in the greater metro area. In the relation of its hideousness to its basic purpose—to keep the swarms of foreign and domestic terrorists away from upper management—it's DC's most honest building.

As everyone who’s writing about the draft order—fetchingly titled Making Federal Buildings Beautiful Again—has pointed out, it would supersede guidance written in 1962 by Daniel Patrick Moynihan. That document said there should be no single official style for federal buildings, but that each “must provide visual testimony to the dignity, enterprise, vigor, and stability of the American government.” Though open-ended as to style, this formulation—which is retained in the new draft order—makes it entirely clear that the purpose of all federal buildings is the same: propaganda. You can tell this because Moynihan did not tack the phrase "if any" onto his praise of our dignified, enterprising, vigorous, stable government.

The Times' reformulation—"reflect the diversity of this great nation"—is a bit more contemporary, but just as clear about the basic purpose: to conceal what’s actually going on inside the building, or to convey a certain sort of happy impression about what the federal government might be. No doubt the Times would like to see INS internment facilities that express the diversity of this great nation.

The architecture of federal courthouses, IRS offices, and federal prisons is just not the right site for the AIA or anyone else to defend "freedom of thought and expression." The Moynihan approach, in which your local bit of the behemoth bureaucracy should feel free to commission propaganda in any of a variety of styles, isn't exactly an inspiring document of liberation. And the new proposed order can’t be construed as a form of censorship: though the First Amendment would not, I think, countenance imposing a uniform architectural style on private citizens or companies or non-profits, it surely doesn’t apply to restrictions by the federal government on the artistic expression of the federal government. All such expression is entirely constrained by the federal government by definition. Freedom of expression is not, contrary to the AIA's outrage, in play at all.

Some federal buildings are nicer than others, and in responding to the proposed order the Times editorial board enumerates allegedly lovely and allegedly beloved federal courthouses, built fairly recently in a variety of styles. The first thing I notice as I approach a federal building is that, whatever its architectural approach, it bristles with security features. If it was built since 9/11, these features are fundamental to the design, and intended to be concealed. If you're trying for a beautiful, site-specific, local effect, you're still making sure that there's no corner in which a person could conceal himself; you're still working with a series of bollards and plazas and concrete planters meant to fend off truck bombs; you've still got cameras all over the exterior and interior; you've still got a big open entrance in which people can be stopped and searched before they enter.

In other words, even you're working in graceful sweeping glass or simulating some sort of modernism or deconstructivism, it’s going to be entirely clear what your building, and your organization, really is: a fort manned by an occupying force. Making it pretty by making it classical or by making it quasi-Gehry or quasi-Pei is neither here nor there. Making it brutalist, however, even in its honesty, just destroys your city and makes it evident that the whole region has no time for any particular human body.

It's sort of a dilemma for the propagandists and for the architects who serve them, but it's definitely not a matter of human freedom, expressive or otherwise. If it’s required to have a few columns, who cares, really?