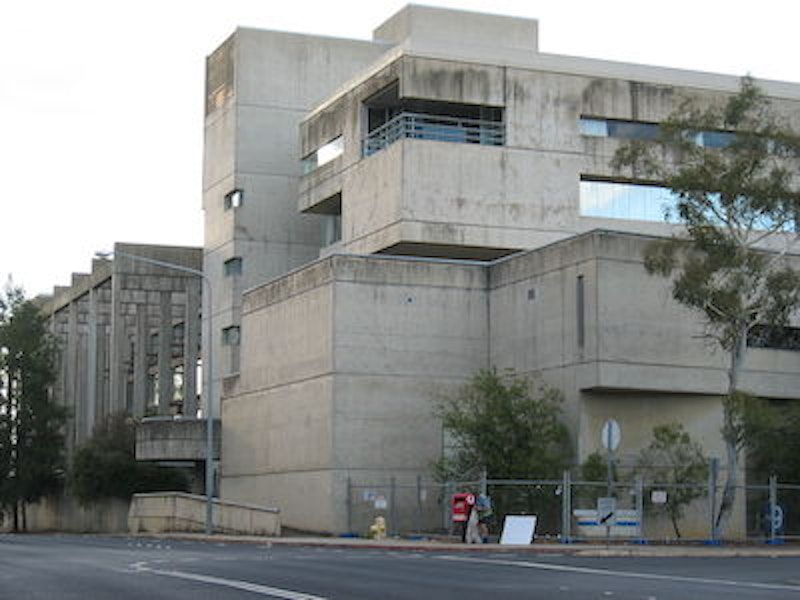 People are often at their most authoritarian-sounding these days when condemning others as fascist, and this month provides a few choice examples. Donald Trump will reportedly release an executive order requesting that new federal buildings be done in a classical or neoclassical style instead of off-putting brutalist or modernist fashion, as has so often been the case for the past several decades. Contrary to the tone of much of the media coverage, this is hardly some crank or extremist position on Trump’s part but a long-simmering reaction to some truly butt-ugly buildings you’ve paid for, structures that look more akin to fallout shelters, abandoned airport terminals, and Martian art projects than to anything recognizably and endearingly American, historically-rooted, or user-friendly.

The National Civic Art Society has championed this modest revolt against the modernist orthodoxy, but so have people like Tom Wolfe over the years, chronicling the modernists’ arrogant insistence that buildings should look functional and geometric even when they aren’t really all that functional, as when gleaming glass walls look so much like adjacent glass doors, with no obvious frames, lintels, or knobs, that hapless users repeatedly struggle to find the exit, as I’ve watched happen at the modernist temple that is the Guggenheim Museum in New York, fittingly.

I was startled once to see panicked modernist architecture aficionados react to a very mild, low-key anti-modernist lecture as if heresy were being spouted in their midst and we should all perhaps clear out of the building early to escape it. I’d thought such debates happened in sedate, glacial fashion. The speaker was the quietest, most low-key heretic I’ve ever seen denounced, which is admirable, I think.

But here's a typical establishment reaction now that Trump has taken up the anti-modernist cause, in the form of the final words of a piece on the New Republic site by architecture blogger Kate Wagner: “[O]nly a specific kind of person looks at architecture and feels the need to talk about the Grecian ideal or the backbone of Western Society. That person is usually either a white supremacist, a stuck-up nitwit trapped in the 1980s, or, in the case of Trump himself, both."

She’s supposed to be the tolerant, non-authoritarian, non-dogmatic one, you see. Similarly, Amazon presumably imagines itself to be a very tolerant clearinghouse of all imaginable ideas, yet it has decided, absurdly, to digitally erase swastikas and other Nazi symbols from scene stills in its own book commemorating the Amazon series Man in the High Castle, about an alternate universe conquered by evil Nazis. It doesn’t get much more “meta” or more Philip K. Dick than that: a vast company erasing from history its own history of creating a fictional alternate history in which the characters suspect their history is a fiction concealing yet more alternate universes. Confused? Might as well censor everything, then, in the name of promoting tolerance and crushing hate.

Adding to the irony in the Amazon case is the fact that, as with so many erasures of Nazi symbols from anti-Nazi works, this is likely being done in a stealthy attempt to comply with German laws, which now forbid (instead of mandating) Nazi symbols in many circumstances. Easier to harmonize your output with the most noisily complaining government these days than to have to tailor your media output for the laws of each nation or, heaven forbid, fight for your right to sell the same things all across the planet.

Meanwhile, Jojo Rabbit director Taika Waititi, right after winning his Oscar for Best Adapted Screenplay on Sunday for a film in which he plays a friendly, funny, imaginary version of Hitler, lamented that something is wrong in our era if Nazis are allowed to hold rallies instead of being put in jail. We like to think the satirical writer/directors are the smart ones, yet this man can’t see which recent film I’m thinking of that might well get one thrown in jail under a regime of censorship targeting Nazi themes, given governments’ lousy track records telling satire from imminent threats. Can you guess?

Perhaps the left, if it heeds Waititi’s authoritarian advice and puts people with fascist tendencies in jail, will at least now spare the makers of Joker, which some of them hated upon its release as too sympathetic to a violent, alienated white guy (as if Joker weren’t universally recognized to be a villain instead of a hero). After Joker actor Joaquin Phoenix’s Brando-level leftist rant at the Oscars when he won Best Actor, though, insisting we rescue everyone from indigenous peoples to dairy cows, he must’ve earned himself a reprieve from left-wing rage-mobs, at least for now.

Being on the left won’t protect one from being condemned as a fascist for long, though, and MSNBC’s (center-left) Chuck Todd approvingly quoted an article by (conservative) Jonathan Last likening (socialist) Bernie Sanders’ supporters to a “digital brownshirt brigade,” an epithet the Sanders supporters hastened to try proving correct by getting a “Fire Chuck Todd” hashtag trending on Twitter.

I fear circular firing squads are even more fascist than standard firing squads, but I suppose you have to admire their efficiency.