Whether you agree with her or not, Weiss should be commended for coming out in a time when bi-erasure is still common. 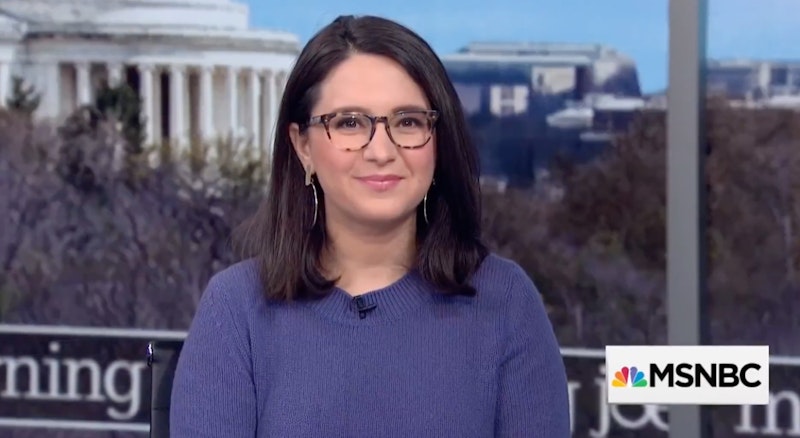 New York Times columnist Bari Weiss gave Joy Behar a short lesson on bisexuality this week on The View. After Weiss told the other hosts she’s bisexual, Behar asked, “How does that work, exactly?” Weiss asked Behar if she’d ever been with a woman or even dreamed about it. Behar replied no, and Weiss responded, “Alright, then you’re straight. What do you want me to say? I mean, some of us are wired different.” It seems weird that Behar wouldn’t understand bisexuality, but then again bi invisibility is still a huge problem in the LGBTQ community. Since Weiss has a huge public platform, maybe she can help normalize bisexuality.

I had a feeling Weiss was bi before Vanity Fair profiled her last year. She told Nick Gillespie on Reason Magazine’s podcast that she’s a huge Indigo Girls fan, there were rumors on Twitter that she dated SNL’s Kate McKinnon in college, and Weiss’ Instagram account was full of pictures of her getting chummy with fellow NYT writer Nellie Bowles. Then the Vanity Fair article came out, which confirmed that Weiss dated McKinnon, was married to a man for a few years, and is now in a relationship with Bowles. “I’ve been in love with both men and women,” she told Evgenia Peretz. “I’ve been ghosted by both men and women. [But] I don’t trade on my sexual identity in that way for political points. I think that’s lame and it’s not my style.”

I’m not a Weiss fan. Her articles need editing, she repeatedly makes the same center-right talking points, and, despite claiming to hate “identity politics,” she suggests everyone who disagrees with her hardcore Zionist beliefs is anti-Semitic. (For the record, I have no problem with Israel existing. I’m just against the West Bank settlements and the oppression of Palestinians.) Weiss also said she’d rather vote for Mike Bloomberg than Bernie Sanders, despite Bloomberg’s history of supporting stop-and-frisk policies. Yet since she’s a public figure, her openness about her bisexuality might help bring more visibility to the bi community.

Despite making up the majority of the LGBTQ population, bisexuals are still often thought of as a footnote to the discourse. According to the San Francisco Human Rights Commission’s 2011 report Bisexual Invisibility: Impacts and Recommendations, funding for bi-specific organizations is extremely low, and countless studies show that bisexuals have worse mental health issues on average than both gays and straights due to biphobia from both inside and outside the LGBTQ community.

Bi visibility is important because it lets others know they’re not alone. Just like how Laverne Cox and Sam Smith have helped society accept trans and non-binary people more, so too can openly bisexual celebrities help normalize bisexuality, including Weiss. When a public figure comes out as either bi, pan, or just says they love whoever they love regardless of gender, they help normalize the idea that sexuality isn’t a strict binary. They don’t have to center their whole lives on being bisexual; Pete Buttigieg doesn’t center his campaign on being gay, but neither does he hide it, and it hasn’t hurt his chances of being president. Despite my disagreements with Weiss, if she can help bisexual kids come out of the closet, then I’m all for it.