The New York Times columnist is desperate for a House takeover, but offers thin gruel. 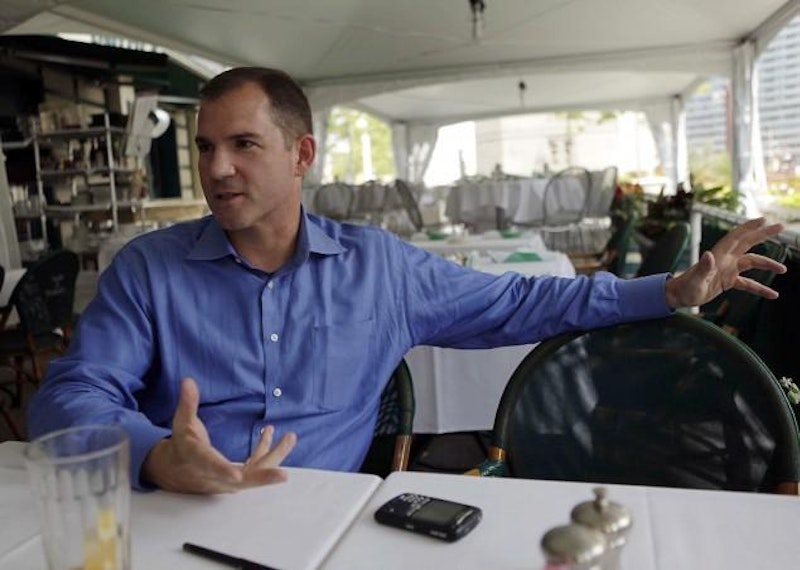 Frank Bruni, a New York Times op-ed columnist whose Democratic politics would never cause readers to cancel their subscriptions—as thousands allegedly did after the conservative, but anti-Trump, Bret Stephens was poached from The Wall Street Journal to join Bruni, Paul Krugman, David Brooks, Gail Collins, etc.—is nervous about next year’s midterm Congressional elections. Concerned, if not explicitly agitated, like one of the still-apoplectic Bernie Sanders acolytes who insist, six months later, that the Vermont senator would’ve defeated Donald Trump. Why Democrats continue their Hillary Clinton vs. Sanders feud is beyond me, since it’s almost inconceivable, even in today’s bizarre political environment, that either will run again in 2020.

(Because of the lost-in-the-funhouse state of politics, it seems entirely fitting that Democrats ought to preempt all the folderol of a long primary campaign and simply anoint Oprah or 36-year-old Rep. Joseph Kennedy III as the nominee and let one of them operate a shadow government, but when you hear that Joe Biden’s considering a run, I guess that’s too much of a leap.)

Anyway, in his Sunday column, Bruni recounts his recent gallivanting around New York’s 17th Congressional District, where last year’s winner, Republican John Faso, appears ripe for ouster. Here’s where Bruni, concerned, nervous Democrat, gets a little squirrely: he passes on the wisdom of a customer at a Halcottsville farmer’s market, presumably one of the proles in the Hudson Valley who’s a victim of “Trump’s worst impulses.” Bruni writes: “Fred Margulies sat under a ‘Vote Where It Counts’ sign and beckoned second home owners to re-register upstate instead of wherever their main residences were—New York City, most likely… Democrats don’t need more votes in Manhattan and Brooklyn. They need them around Halcottsville, where the party should be able to prevail but keeps falling short.”

An extraordinary strategy! Democrats should concentrate on all those second-home owners (many of whom are among the wealthiest Americans, but that’s cool since they hate the GOP), not only in New York, but also across the country. Why not commandeer an Acela—a newer train, not one of the ones that always runs late—and have a fun Harry Truman whistle-stop campaign for Democrats with multiple dwellings. Bruni could convince multi-millionaire colleague Thomas Friedman to buy a pad on Maryland’s Eastern Shore so he could vote there. All aboard, next stop is Palm Beach!

Taking control of the House, as Bruni correctly notes, is, at least in normal times, very possible for the Democrats. Flipping 24 seats, given the right candidates, is not elusive. But all the money the DNC will have at its disposal—spending will be nuts on both sides in 2018—should be poured into soft Texas seats, targeted Southern districts, and obviously the Rust Belt. In fact, given Trump’s erratic behavior and government-in-paralysis, a takeover ought to be a lay-up. But if Democrats, and their media enablers, continue to operate in a politics-as-usual mode, they’re in for a fight. It’s said that the GOP House members are scared silly of losing their seats (a motivator!) and that one of the RNC’s main strategies will be running against the media, and I’m not enough of a visionary to dismiss the efficacy of such a plan.

And, to be fair, Bruni does conclude sensibly about his foray upstate: “I saw panic about the country’s direction. I’m not sure I sensed a commensurate cunning. I saw passion. But passion doesn’t equal unity, and unity is the surer way to overcomb [a flat Trump joke].” But enlisting second-home owners for the cause? That smacks of tone-deaf Hillary-like politics.