Why the British Electorate Should Get a Nobel Prize 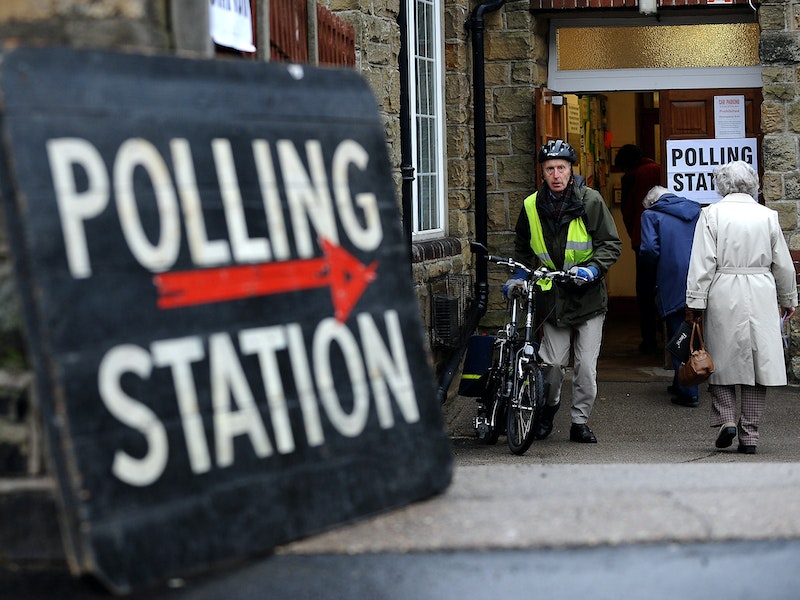 Writing about the British election last Friday, I left out a major point. The Brits voted five days after a terrorist attack. That one, the London Bridge incident, was the country’s third attack of the year, and each attack had claimed lives. That was the background when Theresa May said she’d change human rights laws so she could get tough on terror. Even so, with the voting done it turns out that the Prime Minister is on a very short leash. To be bloody about it, she and her party have been hobbled. One imagines the British public coming to a cold decision. “We’ll keep you around,” the voters say. “But you’ve got a dangerous attitude there. We’re going to”—whack!—“adjust your capabilities.” The hammer, descending on the Tory kneecap, leaves the Party with a single functioning leg. Now the poor thing hops about, trying to find a crutch. Labour, bulked up with its newly won seats, watches and waits.

A couple of points had better be acknowledged. First, the above passage turned into a combination of Django and a fusty editorial cartoon, the sort where politicians have oversize heads and there are helpful legends (“Labour Intramural Scuffling”) that hover next to everything. Second, the Tories won more votes this year than they did in 2015, and also a higher share of the vote. On the other hand, the same is true of Labour, and in spades. One reads that it’s been 47 years since Britain’s littler parties underwent such a stiffing. The country had a get-real moment about who’d run things, and all eyes moved toward the Big Two. One (Labour) is currently discombobulated. The other (the Tories) is shifty and dangerous. The Brits are permitting the more coherent party to remain in power, but they’ve made sure it can have only a caretaker government and that a rival will be breathing down the government’s neck.

When I say “Brits,” perhaps I indulge in a fiction. Looking at the returns, I have in mind the people of England, Wales, and Northern Ireland, to one degree or another. The Scots, on the other hand, appear not to have pitched in quite as they might’ve. Somebody unsympathetic might press me further. They’d say my Brits are like the Creator imagined by a person who looks at a nice tree. I see a work, so I think there’s a conscious intellect behind that work. But Britain, like any country, isn’t a mind; it’s millions of different minds scrabbling about as they will. How many of them ran through their choices and arrived at the one I describe? Damn few, I expect. On the other hand, Theresa May’s comment about the human rights laws inspired such a monumental lack of enthusiasm that she’s now on the ropes. The Brits made their millions of decisions, and these added up to a choice for freedom. Many electorates will have to decide how much they care about freedom in the age of terrorism. The Brits just showed the rest of us the way.

In 2009 the world was mystified when the Nobel people gave their Peace Prize to Barack Obama, a man who’d just taken office. Nobody could say so, but the prize was for the American people, because of how we’d voted. I hope the Brits get a Nobel, and let Sadiq Khan accept it for them.