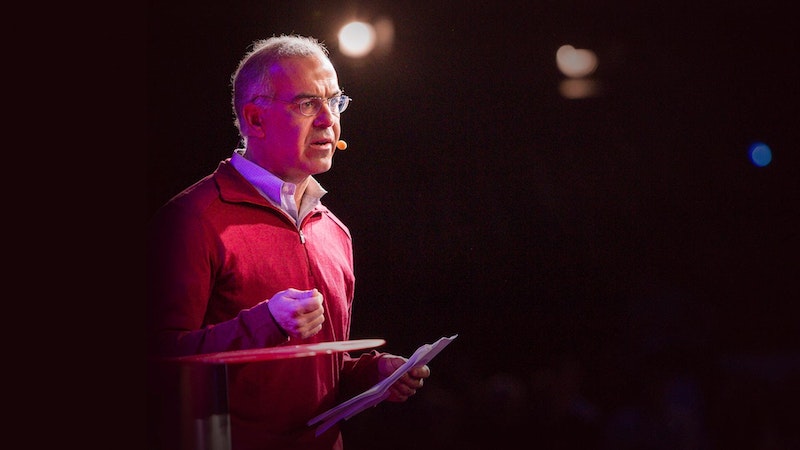 It would be quite something for a New York Times op-ed columnist to approach the laughingstock-level of the flat humorist Gail Collins, whose Democratic talking points are disguised as NYT essays. But David Brooks, who promiscuously skated on crinkly ice many years ago, and is crying for help, is giving it the old University of Chicago try. I’m hardly alone in lampooning the punditry of Brooks: his exceedingly dumb column about marijuana last year was a social media disaster and undoubtedly snickered about in the Times’ cafeteria, where less exalted (and nowhere near his level of compensation) employees must’ve wondered how the guy kept his job. The Three Strikes rule applies to Brooks: I don’t trust a baseball fan who changes his or her allegiance to a team in middle age (in his case, forsaking the Mets for the Nationals); I don’t trust an alleged conservative so easily schmoozed after a sit-down with Barack Obama; and I certainly don’t trust an affluent, East Coast elitist who pretends he knows the mindset of Walmart shoppers.

I’ll confess that I don’t read Brooks much anymore: while the Times is delivered to our house, I’ll peruse Ross Douthat and, masochistically, Paul Krugman on a regular basis. But on Wednesday, I saw a snotty Twitter comment about Brooks’ latest, clicked the link, and found that the 53-year-old has belatedly turned into Dear Abby (obviously without the yuks of the great John Prine song from 1973). Brooks has discovered that the modern era of instant communication—texts, Instagram or Facebook posts, cell phone calls on the run—has altered the nature of relationships, both personal and professional. Call me a kooky kangaroo, but I had no idea!

In his salve for the lonelyhearts, headlined “Leaving and Cleaving,” Dear Dave says that in a broken romantic union, it takes a certain kind of “heroism” and “dignity” for the aggrieved party to resist the urge to, in his words, “post faux glam pictures on Instagram so they can ‘win the breakup’ against their ex.” He further counsels those who are done dirty to avoid too much wine and “pleading for more intimacy.” In such situations, I think that’s always been the case, but then I’m not the Henry Hudson of iPhones.

But what turned my disposition sour, however momentarily, was when Brooks ventured into the difficulties of parent-child relationships, which he believes have accelerated in this century. He writes: “The mistakes usually begin in adolescence. The parents don’t create a space where the child can establish independence. They don’t create a context in which the child can be honest about what’s actually happening in his life. The child is forced to deceive in order to both lead a semi-independent life and also maintain parental love. By college, both sides are to be pitied.”

Teenagers who are “honest” about their lives with mom and dad are, hardly taking a leap here, few and far between. Maybe Brooks was an open book and “shared” everything with his parents, but I sure didn’t and that worked out for the best. Did my parents really want to know how cool mescaline was or the ins-and-outs, so to speak, of weekend parties? Definitely not. As for my own two kids, although I do text if they’re late in coming home or haven’t been in touch, what occurs in their personal lives is a subject best left untouched. Health, ambition and gentlemanly behavior are what concern me, and I believe the four of us get along just swell, the inevitable potholes notwithstanding.

In truth, I’m not sure why Brooks wrote this column: maybe he was once again out of material or had too much “wine” and jotted down his thoughts on a cell, but the audience for this kind of drivel has to be small. My best guess is that he wrote it for himself and just couldn’t help pushing the “send” button.