Recent efforts by Colorado and Washington offer roadmap and caution. 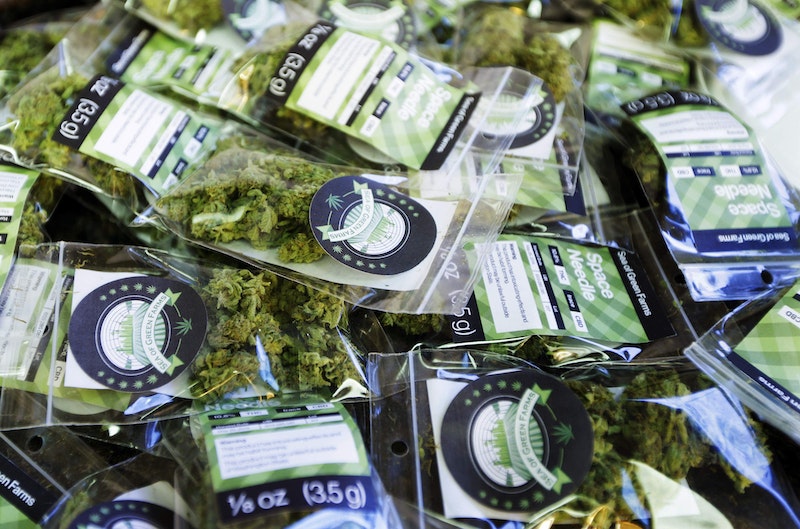 After a 2010 marijuana legalization effort went up in smoke, California voters are likely to approve a similar proposal six years later. The measure would legalize recreational marijuana for adults and, according to proponents, regulate and tax the drug like alcohol.

This kind of issue would seem to be par for the course in California, which, after all, approved the nation’s first medical marijuana law back in 1996. But campaign logistics in 2010 helped doom the pot legalization measure, with 53.5 percent of voters voting no. One factor was Attorney General Eric Holder’s opposition to the measure. And his threat to direct the Justice Department into enforcing federal marijuana laws aggressively in California. Also it was a midterm election, in the midst of a Republican wave—not the sort of political environment likely to light up pro-pot voters.

By November 2016, though, California is set to become the largest and most prominent state to legalize marijuana under state law. Attorney General Holder is on his way out. And, more importantly, pro-legalization forces have sparked up support. Most prominent is California Lt. Gov. Gavin Newsom, an already-declared 2018 Democratic gubernatorial candidate. Newsom maintains he’s not a user himself, but says the federal government’s efforts to legislate marijuana are not working. Marijuana sentencing laws hurt minorities the most, he contends. And, he adds, it’s simply a matter of personal freedom to engage in behavior that may or may not be prudent, but is certainly consensual.

If, as expected, voters approve the California marijuana ballot initiative, there will be a roadmap for the state on what to do and not do. Colorado and Washington became sources of fascination after state voters in November 2012 approved legalized marijuana. The prospect of open marijuana sales—though still strictly illegal under federal law—raised all kind of logistical questions and challenges.

More than a year into the legalized pot experiment, Colorado seems to be succeeding. Amendment 64, with legalization starting Jan. 1, 2014, virtually demanded a quick and competent regulatory structure. And that tight deadline led to the quick establishment of a well-structured marijuana regime. Various players, including the state legislature, regulators, industry, and law enforcement, are working together relatively harmoniously. Even former opponents like Democratic Gov. John Hickenlooper have dutifully, if reluctantly, gotten on board.

Washington State’s legalized marijuana regime hasn’t run as smoothly. The official pot structure didn’t take shape until mid-2014, and isn’t yet gelling. Problems include a shortage of recreational dispensaries, and the persistence of cheaper, black market alternatives that Colorado seems to have largely avoided.

Oregon is the latest state to approve legalized marijuana, with a November 2014 pro-hash vote of 56 percent. As of July 1, 2015, people 21 and older will be allowed to possess up to one ounce of marijuana in a public place and up to eight ounces in their home. So come early January 2017, or whatever precise date marijuana becomes legal in California under state law, a strong regulatory regime will likely be put in place. It’s something for at least some California residents to look forward to.