What Does This Map Have to Tell You About the Country Where You Live?

Not a damn thing. 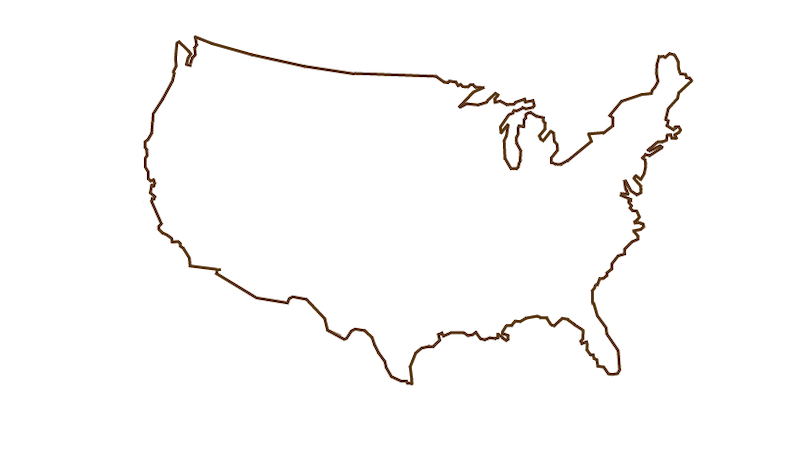 Take a few minutes to consider that image up there. It appears to be a rather non-descript outline of a land mass, at best a shape or a notion—a blank, rimmed in black. Look at it. No, look into it. Within there is absolutely nothing to see. Oh, sure, it’s a map, but it’s so purely conceptual that it may as well not even exist, and maybe it doesn’t. Perhaps we’re engaged in a theoretical or meditative exercise, on a psychiatrist’s advice, part of an experimental clinical trial or something.

It could be a country: a missing country. No one has bothered to segment the whole into states dotted by major cities and capitals, and no gestures have been made towards topography. Not a single highway or river to be seen. What I’m saying is that there is no information to speak of, whatsoever—no eye-popping facts crowding states to compare your state to other states in terms of drug use, education level, fauna, violent crime, or any other sort of measure. All of that has been left out.

Can you imagine a team of statisticians, locked in a room for an hour with this godforsaken not-a-map? The mayhem, the confusion, the sweat soaking rapidly through expensive suits? Those poor saps. Not even a fucking caption on this void. Touch it, or click it: nothing. No hyperlink explosion just emptiness. You contemplate it, it contemplates you, and that’s all. The nerve! Indeed, the sheer, unadulterated boredom.

No agenda, utility, or meaning is inherent here. Why would you share this with anyone or direct their attention here? What would you want them to learn about this shape, or learn about their own capacity for prolonged, un-commercial non-stimulation?