We’re now in the full-blown problem of saving the economic and psychological lives of the people. 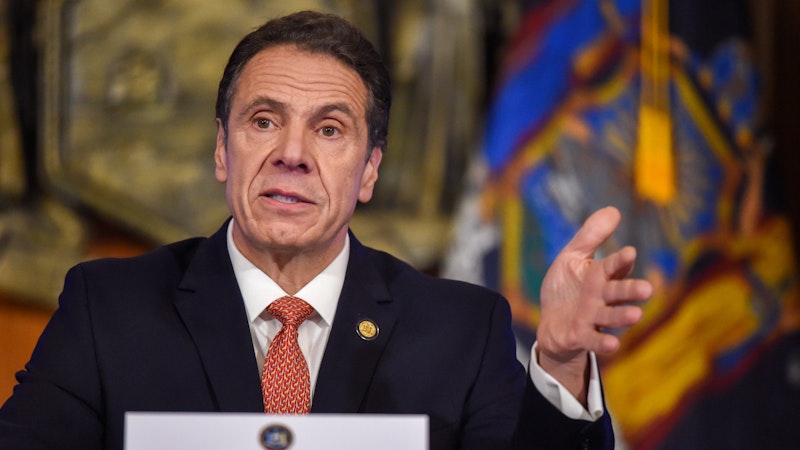 Waiting for New York State to re-open amid the COVID-19 crisis is frustrating. Gov. Andrew Cuomo’s leadership, if we can call it that, is taking all of us New Yorkers in a misguided direction.

On April 16, Cuomo tweeted, “New York on PAUSE will be extended in coordination with other states to May 15.” Understandably, reasonable people are incredibly angry over this decision. Cuomo and many of his fellow Democrats have been repeating clichéd mantras—“We are all in this together” and “Stay Home. Save Lives.”—practicing hashtag politics and pretending that they care.

The presidential guidelines for re-opening America again have been issued and are divided into several phases. As President Trump and his task force said, some states are ready to begin re-opening. In fact, some have. In Florida, beaches and parks are open, as are some businesses, all while observing the social distancing guidelines.

New York State, or rather New York City, has been one of the biggest hot spots of the COVID-19 pandemic, and it’s understandable that the re-opening of the city must be approached carefully. Any sensible person will agree with this. But should this include the entire State of New York? No.

Much of upstate New York has experienced relatively small amounts of COVID-19 cases. In my county (Erie)—the Western New York Buffalo region—as of April 18, there are 2127 cases and 131 deaths. The numbers seem to have stabilized, yet our county executive, Mark Poloncarz, is simply parroting Cuomo’s political line. Shouldn’t the decisions about re-opening be done on a county-by-county basis? The President’s Coronavirus Task Force thinks so, as was presented by Dr. Birx a few days ago in one of the daily press conferences.

It’s absurd to expect the state to remain completely closed until May 15. In fact, to expect even New York City to remain in such a state of suspended animation is questionable. On April 18, Cuomo tweeted the following: “Hospitalization numbers are down. Emergency rooms are less crowded. Intubations are down. That’s because of what we have ALL done to flatten the curve. But it’s not over yet. We must keep doing what we’re doing.” Until when? Should we keep extending the restrictions until August? Or perhaps even fall?

There are several negative aspects that Cuomo (and by association, Poloncarz) is creating. First, it’s painfully obvious that Cuomo has no proper and logical plan on how to re-open the state. At this point, he has engaged in political bickering and blame games. New York State has been in dire economic straits because of Cuomo’s mismanagement, and now too, we’re seeing the negative impact of New York City politics on upstate New York.

Second, by refusing to offer the New Yorkers any hope and clarity, Cuomo (and Poloncarz) are perpetuating the fractured political discourse that has taken precedence over the severity of the virus from the very beginning. The situation is not anymore (and perhaps it never was) about saving the lives affected by COVID-19 only. We’re now in the full-blown problem of saving the economic and psychological lives of the people.

Third, the rhetoric about the restrictions in New York State is getting more aggressive, more draconian, and more contradictory since the presidential guidelines for the re-opening of America were issued. This isn’t normal and New Yorkers shouldn’t accept this authoritarian behavior.

On April 18, the Mayor of New York City, Bill de Blasio tweeted the instructions on how to “report places that aren’t enforcing social distancing.” According to him, “It’s simple: just snap a photo and text it.” I suppose this is for all those people who aspire to be reincarnations of Stasi snitches.

Here in Erie County, Poloncarz tweeted that the food bank is running low on donations, and that “this is not good.” Apparently, people need to either go to the food bank to donate food or send a check. Did it suddenly slip his mind that the economy is paused, that people aren’t working, we’re only allowed to do essential activities, and that we have to practice social distancing?

These kinds of tyrannical and paradoxical statements are useful for one thing: to continuously disorient people. New York State officials are very quickly turning into the Orwellian Big Brother, attempting to hypnotize New Yorkers with “double think.” The response by our government officials fits into the ideology of Nineteen Eighty-Four: “To know and not to know, to be conscious of complete truthfulness while telling carefully constructed lies, to hold simultaneously two opinions which cancelled out, knowing them to be contradictory and believing in both of them, to use logic against logic… consciously to induce unconsciousness, and then, once again, to become unconscious of the act of hypnosis you had just performed.

Cuomo, de Blasio, and Poloncarz are most likely not intelligent enough to even consciously devise such a way of governing. However, their actions are exhibiting Orwell’s description of playing the political mind games with totalitarian intents. Mostly, New Yorkers are faced with the ineptitude of our supposed leaders, who are more interested in attacking the Trump administration than helping their people. This ineptitude is not benign because behind every bureaucrat lies a man or a woman thirsty for power.

It’s my hope that most New Yorkers know this internally and that this absurdity will not stand for long.