To the only politician who ever gave me hope (and still let his supporters down in the end). 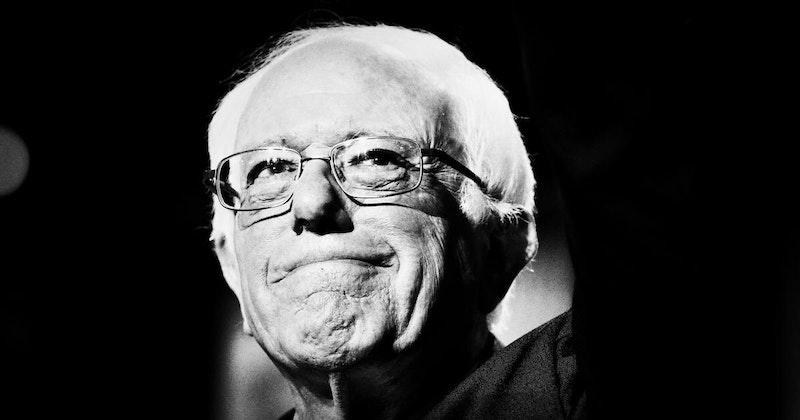 The ongoing pandemic makes any post-mortem on a political campaign feel frivolous and “inessential,” but for Bernie Sanders I must pause here 10 days after he dropped out of the race. There hasn’t been a politician in my lifetime that inspired anything in me other than suspicion, contempt, and fury. I was born a couple of weeks before the 1992 presidential election. My first political memory was the Monica Lewinsky scandal. The botched 2000 election followed shortly thereafter, and the inexplicable aftermath of 9/11, when the Bush administration behaved as if they wanted to lose to the Taliban and allow Osama bin Laden to escape. It was devastating—disillusioned by politicians before any illusions could emerge in the first place.

The “Founding Fathers,” Abraham Lincoln, Theodore Roosevelt, FDR, JFK, RFK, MLK: all myths every elementary school student in America are familiar with. In school and at home, we heard how great these people were and how inspiring politics and youth movements and art and popular culture were—1968? Oh, “you have no idea.” It’s a way of bragging about merely moving through time, experiencing history and turbulent times. Because their great saviors lost and there can never be another. George McGovern is the scarecrow that kept a moderate leftist like Bernie Sanders from approaching the presidency for nearly 50 years after the former lost in a landslide to Richard Nixon.

Sanders is a dinosaur, a creature of the student movements of the 1960s and the bright side of 1970s communal philosophy. I wouldn’t want to share a kibbutz with the Senator, but to each his own: if he enjoys sleeping in a teepee and eating beans over a flaming garbage can, great (it sounds like a lazy clichéd description of a dirty hippie but it’s real, he did live like Hatchet for a time). We never got to see what Sanders’ general election platform would’ve looked like and how much “socialism” would be in it.

After everyone but Biden (and Warren, whose political incompetence knows no bounds and is perversely entertaining) dropped out, it was obvious Sanders wouldn’t make it. A couple of Hail Mary chances appeared, only one in Sanders’ control: the March 15 debate and COVID-19. Sanders admirably diverted all campaign resources to coronavirus relief efforts after this debate, a night when he could’ve done everyone a favor and emphasized a couple of things about Joe Biden: this man obviously has neurological issues, and, as he would put it, is a “lying dog-faced pony soldier.” Biden lied throughout that debate and Sanders was too timid to really challenge him.

What Sanders needed to do was ask Joe Biden to recite the alphabet. The DNC learned from the GOP’s mistake in 2016: they allowed all of their milquetoast moderate candidates to stay in and leech votes from each other while Trump won the nomination. No, this year a coordination: in the first few days of March, everyone was out and it was a horrible Mexican stand-off between Biden, Sanders, and the comic relief of Warren. Sanders’ decency as a human being is what prevented him from calling out Biden’s dementia on live TV. Trump would’ve—he has, watch the movie I shot at CPAC.

But I’ve already written these words. This is a letter to Bernie Sanders, the most honorable and noble American politician of my lifetime, a man who has advocated for the freedom and happiness of all human beings for his nearly 79 years on Earth. A man who, on practically every issue, has expressed himself with righteous indignation and an ironclad morality. He’s invigorating because watching him is like watching a myth we learned in kindergarten come to life. Sanders is the only politician in my lifetime to give me hope for a better world, not only in what he said but in what he inspired, from the campaigns themselves to the manifest effect it had on American political discourse.

Obama might’ve been that politician, but not after 2009. Not after he promised to close Guantanamo Bay by the end of his time in office, not after he continued the wars in Iraq and Afghanistan, not after he said nothing about the destruction and chaos caused by the police and the National Guard in Ferguson and Baltimore, not after he drank “poisoned water” from Flint and said everything’s fine.

Sanders didn’t get the chance to seriously disappoint or disgust me. He remains a myth. Recently I keep thinking about Chris Matthews career-ending comments about Sanders earlier this year, and the one that struck me as correct at the time and especially now is characterizing the Senator as a curmudgeonly old socialist with “non-negotiable demands” who’s content to sit at his table at the town fair giving out pamphlets and influencing no one. The DNC kneecapped him before Sanders could truly fuck it all up for himself, and though I do blame him for the last debate, it all happened so fast.

I’ve only ever known politicians to be crass ghouls or perverted idiots. Sometimes they were funny: villains like George W. Bush deftly dodged those two shoes in Iraq in October 2008, and Muntadhar al-Zaidi not only walks the earth today, he’s a local hero honored with parades and monuments. Dick Cheney even, perhaps the worst of them all, shooting his friend in the face with a shotgun while pathetically hunting quail that had just been released from a metal bucket. The few moments of genuine humanity from leaders—Bush throwing a perfect strike at the 2001 World Series at Yankee Stadium and Obama singing “Amazing Grace” after the 2015 Charleston church shooting—ring hollow against their atrocious records.

I hoped a Sanders presidency would be the beginning of something different: a level of morality and intelligence that’s drilled into us as an ideal to strive for. Like I said, he is a dinosaur, a battering ram for a new generation of people who want universal healthcare, an end to American imperialism, a much more skeptical relationship with Israel, opposition to bigotry of any kind, and economic reform. I wonder how much farther Sanders would’ve gone if pressed by Michael Bloomberg to explain how workers could be members of the board of the company they work for. I wonder how fresh his Marxist analysis was and if it could’ve weathered the reality of 2020 America even without COVID-19. I think he could’ve won the primary if not for the mass exodus, but against Trump, how would he have done?

We said “Bernie would’ve won” in 2016, and we wished for the Sanders vs. Trump debate that America “deserved,” so to speak. Maybe it was never meant to be. Maybe Sanders was always going to lose at the last minute and go back to his shack in Vermont. Maybe those guys with the pamphlets and “non-negotiable demands” are still around grifting Millennials. I doubt Chapo Trap House will survive the end of the Sanders campaign any better than Jon Stewart and The Daily Show managed after 2009. The leftist media boom is over.

But Bernie Sanders remains a myth, better than he ever could have been.