Frank Rich and the Angry Armchair Left need to relax. 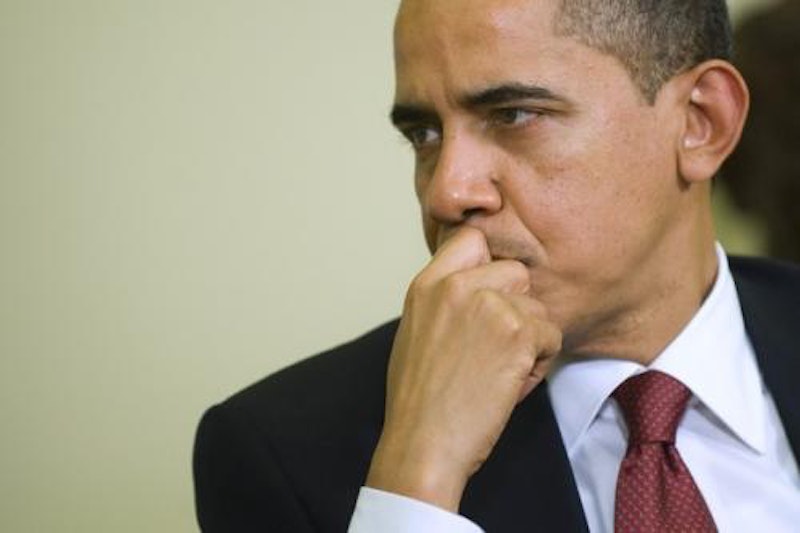 Political punditry is governed more by fashion than fact—and nothing today is more fashionable than criticizing President Obama’s handling of the BP disaster and other preventable debacles. Even liberals are getting in on the action. A few weeks ago New York Times op-ed columnist Frank Rich asserted that Obama is squandering his opportunity to overhaul America’s regulatory apparatus; last week the Times published several editorials echoing Rich’s sentiments. Critics have even begun to attack Obama’s magnificent imperturbability, trading on the illusory link between sensible deliberation and fruitless waffling.

In a recent column, Rich masterfully (and uncharacteristically) framed Obama’s deference to professional and intellectual luminaries as elitist glad-handing. Drawing upon Obama’s recent description of Goldman Sachs CEO Lloyd Blankfein as a “savvy businessman,” Rich implied that Obama dangerously mischaracterized a man whose company rode the financial meltdown straight to the bank. Rich goes on to say: “It’s this misplaced trust in elites both outside the White House and within it that seems to prevent Obama from realizing the moment that history has handed to him.” That Obama complimented Blankfein only weeks before the Goldman controversy is nothing more than a painful coincidence. And that Obama defers to experts (rather than shun them, as President George W. Bush was accustomed to) betrays nothing more than a desire to understand the complexities that could baffle a Harvard-educated legal scholar).

I may be wrong, but it seems like Rich—who was far more eloquent when he wrote theater reviews—is calling for showy and dramatic politicking. Indeed, it would be nice if Obama could vanquish corporate malefactors with a foam-rubber sword or a good stage-slap. But that’s not the real world; such criticism does little more than oblige our Commander-in-Chief to issue petty announcements from the Oval Office, and give interviews in which he purports to be a kicker of asses rather than a leader of men.

Posturing, politics, and punditry are inherently theatrical. I can’t fault Rich for promulgating flashy idealism any more than I can fault Glenn Beck or Bill O’Reilly for peddling conservative hash. Pundits, like actors, are beholden to their respective audiences. But Rich’s comments—regardless of the spirit in which they’re offered—betray a lack of appreciation for Obama’s already brilliant work.

A year and a half deep into his first term, Obama set about redressing the failures of his predecessor by promising, and then delivering, healthcare reform, redefining America’s role in the Middle East and searching for innovative fixes to the global recession. Not since FDR has America seen a more effective or innovative policymaker, nor has America seen a president whose first term coincided with such a rapidly changing world. In light of changes that comprise (1) a perilously interconnected global economy (2) unprecedented environmental challenges (3) a fundamental shift in the nature of warfare and (4) the frustrating truth that almost all of these problems have technical solutions but lack practical implementation—Obama is doing pretty well. This isn’t to say that he’s perfect; anyone who thinks himself capable of leading the world through the wilderness of a new century must have at least a few flaws—hubris one among many.

But so much criticism this early in Obama’s presidency is vastly unwarranted; so too is the demand that he furnish “journalists” with empty theatrical gestures.

At such a fragile moment in America’s history, pundits should ask not what their president can do for them, but what they can do for their president. This also means asking fewer questions like, “When is Obama going to finally to lose his cool?” and “Shouldn’t he be angrier?” Pundits should start by swapping their highly fashionable complaints for real suggestions, all with the understanding that we stand to gain more from meaningful discourse than modish parroting. Anything less would imperil the already tenuous state of journalism by weakening the resolve of American critics to think for themselves.

There may be a time when Obama’s actions invite a maelstrom of legitimate criticism. But right now—as the unemployment rate falls, as health insurers tremble beneath the weight of pro-consumer regulation and as the government demands BP to take responsibility for the disaster in the Gulf—is not the time.