What lies ahead in terms of compensation for those devastated by the BP spill? 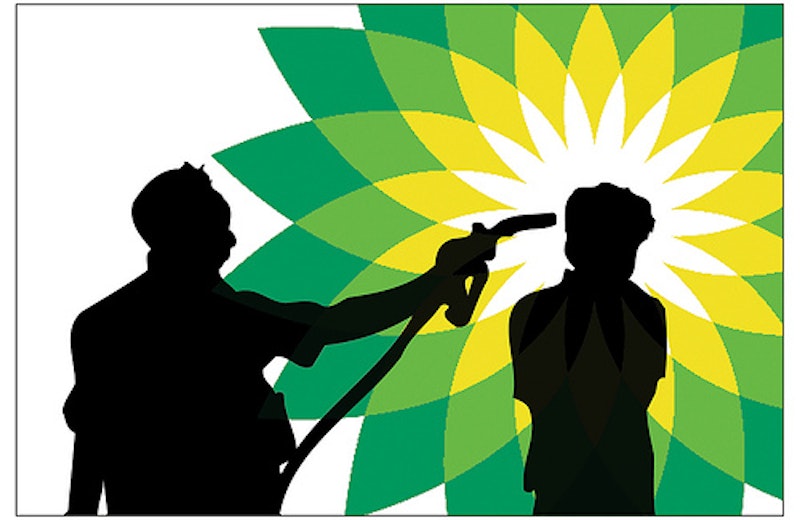 With the establishment of a $20 billion compensation fund for those affected by the oil spill in the Gulf of Mexico, many of the people directly impacted were able to breathe a little easier. Fishermen who are out of work and those working in tourist meccas shut down by tarball-covered beaches were given hope that emergency funds would soon be forthcoming for them.

But what about the businesses and people that are affected on a secondary or tertiary level? The people who make a living providing goods or services to fishermen and their families have been no less impacted by this disaster. BP has claimed that it has the full intention of paying all legitimate claims, but as Darryl Willis, BP's head of the claims operation for the Gulf of Mexico admits, “The further removed you are from the fishing industry, this will take more work to substantiate.” So the question is how BP and the managers of its compensation fund will define “legitimate.”
Already, claims have been received that will test the boundaries. The New Orleans claims office has received a petition from The Mimosa Dancing Girls strip club, whose owners explained that the fishermen who make up their clientele no longer have the money to frequent the establishment. No doubt the dancing girls themselves are suffering from a steep drop in income from tips. The same office has also started receiving applications from waitresses, handymen and dockworkers, all claiming significantly reduced income due to a loss of clients.

As yet, it’s unclear exactly what the compensation fund managers will accept as proof of loss, but if a claimant can provide some kind of documentation, BP should be bound to provide them with a payout. Whether it's pay slips, receipts or tax paperwork, if a claimant can demonstrate a significant drop in income compared to this time last year, it is probably safe to assume that the spill is at least partially at fault, no matter what industry they are in. The economies along the Gulf coast are al-most entirely built around fishing and tourism, and with those two areas hit hard, the ripples are spreading outward into almost all areas of life.

Some will say that a stripper is less worthy of compensation than the hardworking fishers and shrimpers whose livelihoods were directly curtailed by the ooze spreading through the Gulf, but she works just as hard and is no less dependent on a healthy regional economy. You may not agree with or admire the work that she does, but it is legal employment, so there is no reason to unfairly evalu-ate her loss of income.

There are concerns that fraudulent or trivial claims will clog up the system, making the pool of claimants too large to manage effectively and slowing down the processing time for those who are in dire need of assistance. However, if as Kenneth Feingold, newly appointed manager of the com-pensation fund, has promised, they create a transparent methodology that describes exactly what is required and how decisions are made, then the decision to approve or not should be a quick one. Either a claim includes then necessary paperwork or it doesn't. And if a framework is in place to quickly send a check to those who have been approved, the processing time should not be signifi-cantly affected by high numbers of applicants.

Others worry that money will be given to those who are not desperate, leaving less or nothing for those to whom a payout would be a matter of survival. But $20 billion is not a small amount of money; if more is needed, then BP will have to provide it. Keep in mind that BP made more than $25 billion in profits for 2008 and over $13 million last year. The company is not a bottomless spring of money, but the oil well draining into the ocean will probably run dry before BP's bank ac-counts do.

The responsibility for clean up and compensation rests with BP. It is a company with deep pockets, and as increasing evidence suggests that the cause of the spill was its negligence and culture of cavalier safety violations, they should be made to pay all of those affected by their mistakes, down to the last stripper.