Crammed Down the Memory Hole 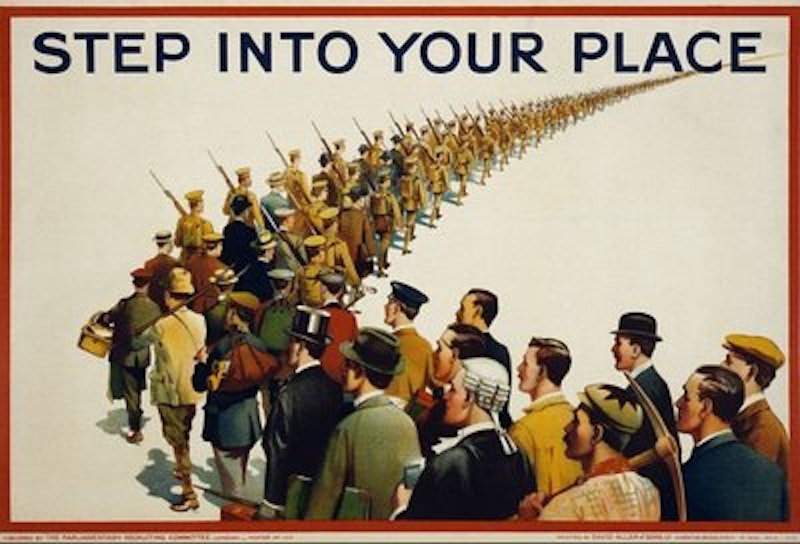 Another week and 10 more reminders the world isn’t just losing its grip on reality but furiously slapping reality away.

President Trump is both Big Brother and Goldstein. That’s admirably efficient of him, but you wouldn’t think it possible. Somehow he’s managed to dominate discourse so fully that, to use two of Orwell’s 1984 characters as analogies, Trump is both the bully in charge and the televised Public Enemy #1 subject to (at least) a Two-Minute Hate rage-fest each day, sometimes for the duration of whole awards shows, as with the Emmys.

But the rage just ends up shoring up loyalty to other parts of the U.S. regime. This sort of “Resistance Is Obedience” paradox makes it tricky to invoke Orwell these days (as I did in a recent column). If riled up, people are apt lately to take counter-productive steps. Not only are modern citizens responding to terrorism by voluntarily embracing surveillance technology once considered Orwellian, but they rail against one authoritarian leader only to shore up others. Think how stupid you’ll feel—all of you—if you ever discover Trump really did plan all this with the Clintons years ago. That’s about what Orwell would have expected, though.

Hillary Clinton, by contrast, thinks Orwell worried we’d grow distrustful of the press and our political leaders (per a passage from her recent book What Happened [?!] pointed out by Neal Pollack). Orwell, claims Clinton, warned of figures (akin to Trump) so abusing and manipulating the truth that they would cause us to (gasp) distrust leaders and the press. No, Orwell indeed feared liars manipulating perceptions, but he feared people would trust leaders and the press as a result. Across-the-board skepticism is good, not tragic. Promoting skepticism doesn’t help a huckster like Clinton with messaging, though.

An army of bot and/or human Clintonite Twitter accounts sprang to her defense, claiming I’m the one who doesn’t understand Orwell. This arrogant cyborg idiot-swarm only reaffirms my fear of people misreading Orwell. One of the Clintonite tweeters tried to make things personal by insulting the Brown University English department, little realizing that the last time I wrote about people getting Orwell wrong, a Brown English class was among the people about whom I was complaining. I guess that means the Twitter mob and I have found unexpected common ground.

I prefer more overtly anarchist approaches to Orwell analysis, though, like the retelling of 1984 that is the new book 2023, written by the prankster rock duo sometimes known as KLF. I was at the Brooklyn Book Festival this past Sunday promoting my own book, Libertarianism for Beginners, when I noticed at a booth for the publisher Faber & Faber a volume with the year “2023” emblazoned on the cover. I took a closer look mainly because that’s the year the replicants are banned in the Blade Runner timeline and the Sentinels are defeated in the X-Men timeline. But I realized there were numerous hints dropped in the jacket copy that this volume was the return—after 23 years, not coincidentally—of one of the strangest multimedia projects in history. They began as the musical accompaniment to a stage version of The Illuminatus! Trilogy by anarchist sci-fi author Robert Anton Wilson. They became a hit-making band under various names, best remembered for the songs “3am Eternal” and “Justified and Ancient” but also for bizarre stunts like sampling the entire song “Dancing Queen” and getting sued for it.

Now they’re back with this Wilson-style postmodernist-comedic retelling of Orwell, apparently giving typically subversive instructions to their publishers not to do any conventional publicity for the book (note to aspiring writers: not that publishing companies do much publicity anyway!). The publishing staffers at the booth were thus obliged to be adorably cagey about the whole stealthy subversive project, so of course I had to buy a copy. My only qualm is that the world may not need prankster conspiracists like KLF these days with so many real conspiracy theorists cropping up.

Much like the main character in one Jim Carrey movie, the members of KLF were always obsessed with the purported numerological/conspiratorial significance of the number 23, as are some conspiracy theorists who think this coming Saturday, 9/23, is doomsday, in fact.

Conspiracy theorist subcultures vary. I notice several online black conspiracy theorists are now obsessed, Zapruder-film-style, with poring over footage of partygoer Kenneka Jenkins, recently found dead in a hotel freezer near Chicago O’Hare. They’re trying to figure out if the security tapes have been edited or if Jenkins was replaced with a body double. She looks “thicker” in some of the footage, insists one analyst, and he warns he will “block your stank ass” if you accuse him of just wanting to look at the deceased’s butt. I think it’s good these sorts of decentralized efforts occur now, though. The authorities have been known to miss things.

The establishment now has a magazine called simply New Republic. A quiet, small young woman politely offered passersby copies of the liberal New Republic at the Book Festival, saying its title a bit uncertainly as though she might be too young to know just how famous it is. What took me aback, though, was not this reminder of all the editorial and geographic changes the magazine has undergone over the century since its founding but the fact that it has now dropped the “The” from its title! This is no mere logo tweak. This implies TNR, as it was nicknamed for decades, isn’t technically TNR anymore, just NR—but NR is conservative National Review! These are truly times of ideological confusion.

Maybe someone should buy the struggling New Republic and the up-for-sale Rolling Stone and fuse them into Rolling Republic, which would be the RR.

You’re not an esteemed part of the establishment if you’re a clown-garbed fan of the band Insane Clown Posse, though. ICP fans call themselves Juggalos, and they had a March on Washington this past weekend to urge that they no longer be listed as a “gang” by the government. Mimicking a famous ICP lyric about magnets, one Juggalo protester’s sign said, “Dragnets—how do they work?”

But, then, even if you’re Ulysses S. Grant and saved the Union in the Civil War, you’re under suspicion these days. In a marvelous reductio ad absurdum, all the recent rush to haul away statues of Confederate generals eventually led to people calling for New York City to take down a statue of the most important Union general. Sure, Grant ended slavery and all, but he also issued (and later rescinded) a decree against some Jewish merchants while he was president, so he still gets declared offensive. As with so many revolutionary attempts to cleanse history lately, once you get started, there may be no stopping. “Then they came for the whole Union Army,” so to speak.

Our communist mayor here in New York City (that’s no exaggeration—he lamented the role of private property in law recently) vacillated about whether the City might actually take down Grant. There have also been calls to take down colonizer/murderer Columbus from Columbus Circle and vandalism of a Columbus statue in nearby Yonkers. Eradicating politically incorrect culture is such a powerful fad here lately, it may be time for a Madison Ave. cosmetics firm to market a “Khmer rouge.”

Mayor De Blasio may also have dreamed up a way to make New York City’s antiquated cabaret laws, which limit dancing at places like the fine indie-music-filled bar Muchmore’s in Williamsburg, even more Orwellian. All those activists like Rev. Jen Miller who’ve performed the hokey-pokey in protest against the cabaret laws over the years may soon win their repeal, but there’s a catch. In the interests of public safety, the De Blasio administration is suggesting that all those venues that have been subject to anti-dancing restrictions instead have lots of security cameras. Two steps forward, one step back, you turn yourself around—and you turn America into a surveillance state. Hey!

But there’s another work of Orwell’s on my mind this week besides 1984: his Homage to Catalonia. It was based on his experiences fighting in the Spanish Civil War—alongside the anarchists, mind you, not a phalanx of Clintonites. I think of it now because the fascists ended up in charge in Spain, and it turns out they’re still a bit fascistic today, since the government has expressed a willingness to arrest some 700 Catalonian politicians urging a referendum on independence from Spain.

Maybe if we just let people go their separate ways when they want to, we wouldn’t all feel trapped together in this postmodernist kaleidoscope of conflict and contradiction. I’m sure Spain, like the U.S., would prefer to avoid another Civil War. Sometimes, though, it seems we have always been at war.