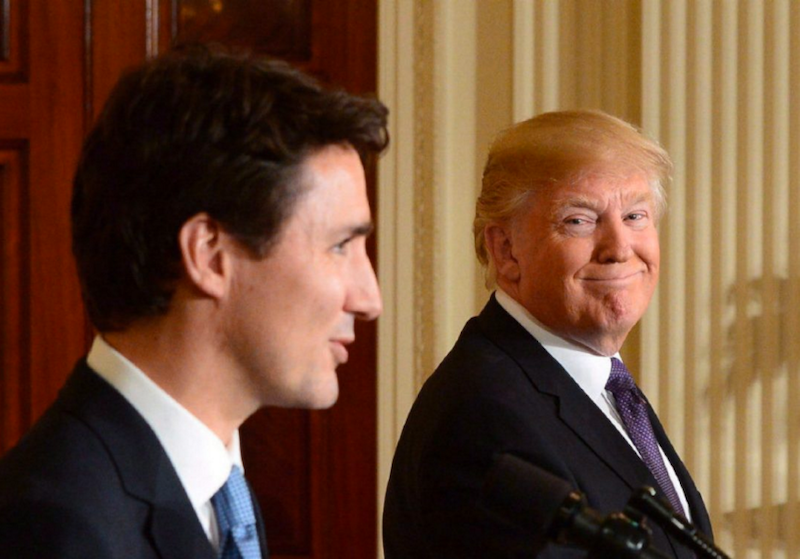 “I first noticed the trend of condescension toward Americans during my orientation week in 2014,” writes Domenic Casciato, a staff member at McGill University’s McGill Tribune. I think American students in Canada have been writing similar sentences since 1967, or whenever Americans began flocking in numbers to schools north of our border. Orientation week can be a killer when you’re the automatic butt of the room.

Like the Brits, English Canadians feel better if they can remind themselves that Americans are literal-minded, narrow, slow of thought, and wantonly trusting—dumb, really. American voters, for whatever reason, have been doing tremendous work to bolster this impression. Mr. Casciato assesses the results in McGill classrooms, where he found the climate was snotty enough during the pre-Trump era. With Trump anno 1, matters became worse: “It felt as if my political science courses had been moved into an actual echo chamber. I heard the same stale remarks about Trump’s spray tan, hair, unusual cadence and speaking style, and Twitter infatuation on a daily basis.”

Of course, you can say as much after watching American late-night TV. Or after looking at a lot of Americans’ Twitter feeds, including mine (though I include some good remarks too). Certain topics fascinate us and we’re chewing them to death. The difference is that these remarks, when made up north, are made by people who get a bit tight about the mouth when thinking about our country and its citizens. Mr. Casciato finds his professors’ little Trump jokes “aggravating and condescending,” and he complains of “smug condescension” on the part of his fellow students. I bet he’s right. Most Canadians (luckily I know some exceptions) don’t save their best thoughts for conversations about the U.S. Nor do they rise to their best moments character-wise. They’ve been standing in line behind America since before they had a country. They’re never going to like that and it shows.

On the other hand, invade Iraq and elect Trump and people have a right to notice. Many Canadians would sneer at us no matter what, but “no matter what” doesn’t describe the present situation. Politically, America is a malfunctioning country. Mr. Casciato points to the low percentage of Americans that voted for Trump, and he finds a poll result that indicates a similar share of Canadians leans toward what he terms “populist ideology.” Therefore, he shakes his head at the idea of Canada being so different. “I was asked on numerous occasions by Canadian peers to ‘explain Trump,’ as if Canada were a stranger to populism and xenophobia,” he says. But Canada didn’t elect a xenophobe and we did. That he managed such a puny share is reassuring, but only in one way. We may not be meaner, dumber, or more bigoted than Canadians, but collectively we seem a lot more disheveled, not to say hapless, not to say kind of batty.

“Collectively” is the word I stress. To switch from English Canadians to French Canadians, I’ve never found anyone who’d speak up for the honesty or competence of Quebec’s government. The system up here is considered a crying shame that no one seems able to tackle. But deal with the Quebecois one-on-one and you’ll find plenty of honesty and competence, or at least I have. Americans have let our country reach a dreadful state, yet I haven’t found slackness—or haplessness or battiness—to be especially American traits. But they’ve proven to be traits of our political life, and we must reckon with that syndrome or see America become a heap instead of a nation.

In the meantime, too many Canadians will sell themselves the old idea that somebody else’s failings equal their virtue. Well, that’s the least of our problems, and the thin-lipped crew of judges has a point. Up north Trump and our other troubles are seen as evidence of something about America; down here they’re seen as something that happened to us. No, we happened to us, and we better figure out how.