Into the conspiracy underground. 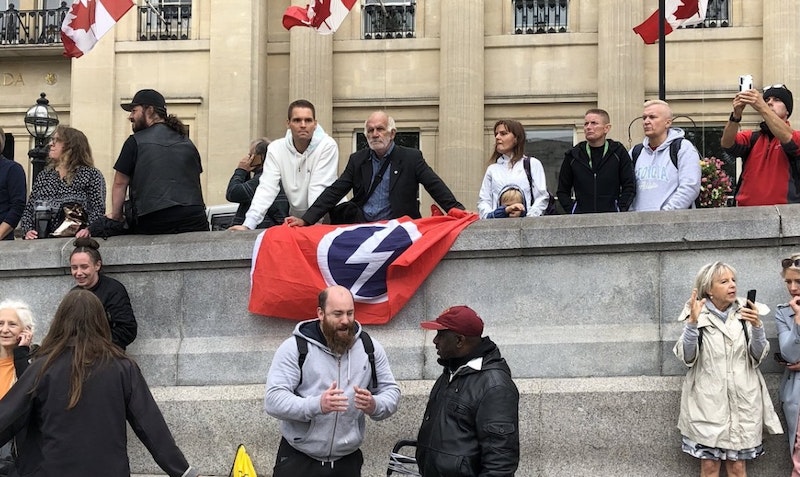 Conspiracies exist. For example, throughout most of the post-war era the CIA and the American government were actively involved in the drugs trade, aiding and facilitating drugs traffickers in the production, distribution and smuggling of illegal drugs throughout the world, as part of their war on Communism. This fact was first documented by Alfred McCoy in his groundbreaking book The Politics of Heroin in South East Asia, originally published in 1972, and attested to by numerous investigations ever since.

Most conspiracies get very little coverage in the mainstream media. Often, when a report does appear, the bulk of the news outlets will work together to attack the reporter rather than investigating the story, as happened to Gary Webb in the 1990s. For those of you who don’t know this story, check out the 2014 film Kill the Messenger, directed by Michael Cuesta.

Most of this was going on long before the Internet was established and it’s unlikely to have stopped since. The Internet itself has become the latest battleground in the ongoing disruption, distraction and disinformation that has overtaken our world, so it’s hardly surprising that there’s an explosion of online speculation about the nature and source of such activities.

Conspiracy theories exist because conspiracies exist. I never tire of saying that. In a world where the vast majority of the population is entirely excluded from the decision-making process, in which faceless corporations game us with glamour and false advertising, in which clandestine organizations manipulate our politics, where the uber-rich hide their profits in offshore bank accounts and pay less taxes than their cleaners, where war is profit, children starve and the rest of the planet’s inhabitants are considered of no value whatsoever, where else can we turn for an explanation?

Whether you think that Satan-worshipping pedophiles are behind it, giant lizards, or just the ruling class, most of us are wrapped up in our own conspiracy beliefs. The alternative—that the world is completely out of control, driverless, heading fast for a precipice of no one’s making—is almost too horrible to contemplate.

QAnon is only the latest in a long line of disinformation programs that has invaded the public imagination. Reading through the QAnon timeline on Bellingcat, it’s now fairly clear that the mysterious informer, with his clandestine drops of “Deep State” information, was a fictional character all along, designed to further the alt-right cause. The only real difference between QAnon and earlier, conventional propaganda efforts is the medium: using online gaming techniques to dupe followers into adopting a particular conservative mindset.

This is classic PSYOPS territory, using psychological weapons to undermine the enemy in a war zone; except that in this case the enemy is us, the public, and the war zone is “the province of the mind”: our perception and understanding of reality itself.

There’s another way of expressing this. Rather than talk of PSYOPS or propaganda, of warfare and misinformation, you could call it a charm, or an act of sorcery. You could say that Q was a black magician who cast a spell over his followers, that he used magical powers to enchant them. The origin of the word “glamour” is a spell of illusion the fairy-folk cast over human eyes, in order to transform the world, to make it appear something other than it is. Which isn’t a bad description of what QAnon was up to.

There’s been a lot of talk about the rise of Cosmic Right in the media recently. The term refers to the intersection between New Age beliefs and conspiracy theory, or “conspirituality” to give it another, less familiar, name.

The term first came to my attention at the end of the first wave of lockdowns in the UK, when anti-lockdown protesters gathered in Trafalgar Square to hear David Icke, Piers Corbyn, and other prominent conspiracy theorists speak. The crowd was a disparate bunch, including anti-vaxxers, anti-maskers, yoga practitioners, anarchists, occultists, QAnon followers, New Agers, libertarians, spiritual gurus, astrologers and hippies, among others.

A British Union of Fascists flag was unfurled: it was its first public outing since the organization was proscribed by the British government in 1939. Someone took a photograph: two men of distinctly serious mien, one young, the other older, holding the flag over the parapet in front of the Canadian embassy. The younger man is looking towards the camera. Afterwards the image spread around the Internet and became, for some time, the presiding image of the anti-lockdown movement.

It struck me that there was something odd about the scene. How long was the flag showing for? How many people were involved? Why would modern-day fascists want to bring out the flag of an organization that’s been moribund for over 70 years? The right-wing movement in the UK has plenty of symbols at its disposal, why not use those? It looked like a set-up. Very few people, beyond a handful of experts, would’ve recognized the flag. It’s clear from the picture that no one in the crowd had any idea what it represented, and for many it might just as well have been a reference to the Grateful Dead, with its lightning bolt motif, than to any far-right conspiracy.

Was this a case of black propaganda, I wondered?

After that there was a series of articles about the links between various figures in the conspiracy underground and the far right; also articles on historic links between occult groups and fascism. This is true. The Nazis embraced occult ideas and practice, while a number of notable occultists—Aleister Crowley among the most well-known—were equally enamored of fascist ideology.

But does it follow that occultism, and an interest in spirituality, is necessarily right-wing? Isn’t the rise of the Cosmic Right due as much to the absence of any alternative? Whatever happened to the Cosmic Left? Since the 19th century, and Karl Marx in particular, the left has been associated with materialism. Prior to that, there was more often than not an identification between left-wing politics and spiritual belief, something which continues to this day.

The Diggers, the Ranters and the Levellers, the communists, anarchists and radical democrats of the English revolution, all expressed their ideas in terms of theology, referencing the Bible as their guide. Tom Paine was brought up a Quaker. William Blake was also concerned with the politics of his age. The famed Illuminati, the subject of so much conspiracy rhetoric over the centuries, were anti-Catholic and anti-monarchist. As their original statute puts it: "The order of the day is to put an end to the machinations of the purveyors of injustice, to control them without dominating them." In other words, to work clandestinely against the ruling class for a fairer world.

The reason the Illuminati have become the subject of such a vast amount of conspiracy material is precisely because they were anti-establishment, and chose to work in secret. They were the stuff of right-wing nightmares: a progressive force working within the establishment in order to overthrow it.

Annie Besant, who took part in the matchgirl’s strike of 1888, was a feminist, trade unionist, secularist, socialist, educator, promoter of birth control and a political candidate for the Social Democratic Party, before turning to theosophy in the 1890s. George Watson McGregor Reid, who led the campaign to open up Stonehenge for public worship, and started the Druid Order, was a trade unionist and an international socialist as well as a campaigner for vegetarianism and natural living. He was responsible for setting up the Clapham Labour Party and was as famous for his firebrand speeches on Clapham Common as his sermons at Stonehenge.

More recently in the UK we had Brian Haw, whose one man-protest against the war industry outside the Houses of Parliament from 2001 till his death in 2011, was fed by spiritual convictions. It seems to me that without a powerful motivation arising from some spiritual source (however you would define that) it would be hard to put yourself on the line for any cause but your own. Even Marx looks more like an Old Testament prophet than some modern scientist to me.

The world can seem a strange and difficult place at times. People with spiritual beliefs, like everyone else, are thrashing around for some kind of explanation. By setting people up as “the Cosmic Right” and attacking them for their privileges, aren’t we creating a self-fulfilling prophecy? Aren’t we, in fact, driving them into the arms of the right wing?

I drew parallels between magical ideas and the kind of propaganda effects that QAnon has been whipping up in the public mind. It seems to me that this is precisely what’s going on. The human psyche is malleable and subject to unconscious processes. The word “occult” means “hidden.” Crowley famously defined “Magick” as "the Science and Art of causing Change to occur in conformity with Will”. Change is most easily won in the mind. People don’t act out of reason: they act out of belief. By changing people’s beliefs you can change the world. This is precisely what magic sets out to do. As to what we do about it: maybe a little “psychic self-defense” is in order.