The push for Gen. Mattis to run is odd. 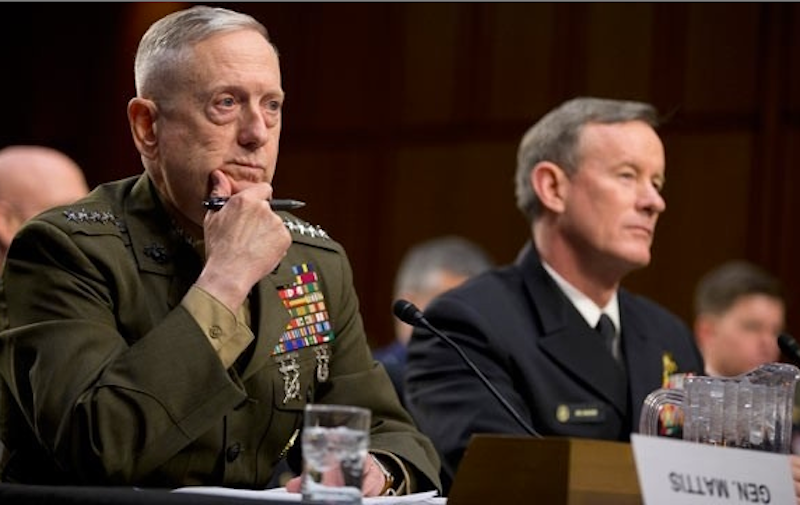 In a world of compartmentalized knowledge, one should never be too quick to say, this thing can’t be too important because I never heard of it (recall Pauline Kael joking—yes, joking—that she knew only one Nixon voter). But if the thing in question is someone you’re planning to spring on the electorate as its next president, it probably shouldn’t be completely out of left field.

So, merely as an anecdotal strategic cautionary note, I confess that I don’t recall having heard of Gen. James Mattis, whom some major Republican donors were reportedly seriously considering as the big surprise nominee to insert onto the presidential ticket instead of Donald Trump at the Republican convention in July.

To be clear, I’m not proud I don’t recall ever hearing of Gen. Mattis. I don’t mention it to be dismissive. It no doubt reveals that I’ve been recklessly compartmentalizing all details of military news into a black box in my brain labeled “war stuff”—without for a moment suggesting that the details inside are unimportant, since they may often be literal matters of life and death. But you can’t keep track of the details of everything, or at least I can’t. Rage that I turned out to be an ignorant, wimpy, war-hating Northeasterner at heart after all, if you like—or, more charitably, think of my glossing over the details of military personnel lists as one manifestation of my deference to military expertise.

But in any case, if you’re planning to tell the roughly half of primary voters who (however foolishly) wanted Trump they aren’t getting their way, you might deploy (so to speak) someone they recognize—that is, if they’re expected to swoon over the person on the spot, as presumably they’d have to in order to avoid a full-on revolt or mass exodus from the party. In practice, I don’t think this matters, and I expect Trump will be the Republican nominee (and more likely than not will be defeated in November by Clinton, but that’s a bit farther away and a bit less certain). Furthermore, Mattis claims he has no interest in running anyway (though Julius Caesar said something like that as well).

I’m no hippie pacifist, the record will show, but if I’m far from alone in being unfamiliar with Mattis—and if his supporters are aware that even attentive people like me may not know him—then it’s a little disturbing there are people in high places who just assume that a seasoned military man is a shoo-in even without a prior publicity campaign. I’m not for a moment accusing his fans of contemplating a coup, but you can see how the passive assumption that military = automatically popular can be dangerous (as the Founders understood), in much the same way that we would be a more fragile society if people assumed that any old priest could be handed the reins of power and trusted to get the electorate’s easy “amen.” (There are some secularist activists who probably fear we do live in that sort of society, but the paucity of priests in high office in the past century or so suggests otherwise.)

Of course, until November, the nomination process technically remains intra-party business, and since I’m sympathetically moderating a Libertarian Party presidential candidates debate (viewable live Saturday 2:30 p.m. Eastern or so here), which is an even more insular and dinky attempt to come up with someone to present to the broader voting public in November, maybe I’m in no position to criticize the military/business cabal mulling its options in advance of the Republican convention on pro-democracy grounds.

But big enough political non-sequiturs raise hackles even among sleepy and revolution-averse Americans, I think. There may be some fires that are even more dangerous to play with than Trump.