I’m not giving up on Natalie Wynn yet. 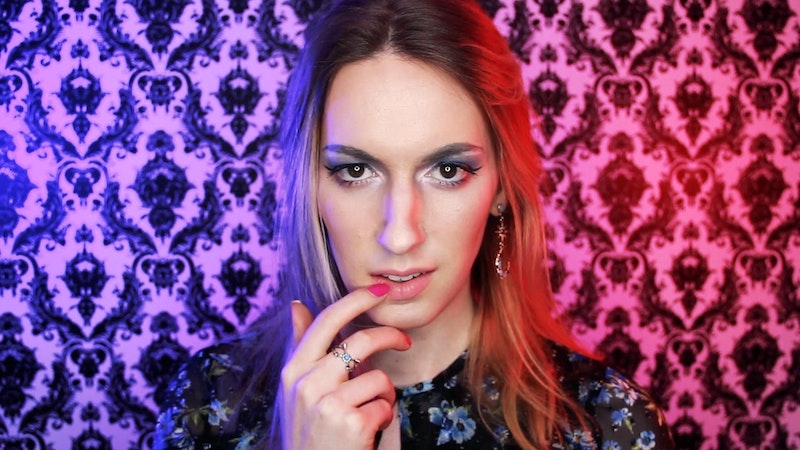 There are so many bad op-eds about Twitter Mobs already—from Bret Stephens comparing them to French Revolution to David Brooks’ failed attempt to portray a Twitter troll as a modern day Travis Bickle—that I swore never to waste time on the subject. However, with the recent controversy over transgender YouTuber Natalie Wynn’s (a.k.a. ContraPoints) tweets about sharing pronouns, it’s time to join the discourse over The Discourse because the debacle brings up several important issues that have been overlooked.

It started a couple of weeks ago when Vice journalist and trans woman Diana Tourjée tweeted, “Sometimes it's funny when you're the only trans person in a space where everyone is announcing their pronouns. Like it gets to you and a hush falls over the room and you can just like check your phone because only cis [people] need to be working on their pronouns game.” This led to Wynn to respond that she often feels like whenever she’s in a room with cis people sharing their pronouns, they’re only doing it for no other reason than the fact she’s there, which makes her feel othered.

Wynn tweeted, “I guess it’s good for people who use they/them pronouns only and want only gender neutral language. But it comes at the minor expense of semi-passable transes like me and that’s super fucking hard for us.” Many trans people—both binary and non-binary—interpreted it as Wynn saying pronoun sharing itself is bad, and that non-binary people who use they/them pronouns are ruining it for the rest of the trans community. She responded to the backlash with another Twitter thread attempting to clarify her stance, but it came off to many as her saying, “These darn kids nowadays with their gender fluidity,” so it caused another backlash.

Finally Wynn deleted her Twitter account, which sparked yet another debate. Some voiced support for Wynn and said it was another case of Cancel Culture driving someone off the Internet. Others showed no sympathy towards her and said Wynn was bigoted against non-binary people (despite making videos supporting non-binary people). Fellow YouTuber Lindsay Ellis tweeted that nobody forced Wynn off Twitter, but rather “it was a choice she made for her own reasons.”

I think Wynn’s intention was to talk about how binary trans people (trans men and trans women) try so hard to pass as their genders that when asked about their pronouns, they feel like they’re not trying hard enough. My friend Callie Wright of the podcast Queersplaining once told a story on her show that when she first went to a trans support group and was asked about her pronouns, she immediately thought, “Isn’t it obvious that I’m a she?” Then she thought about it and realized that by sharing pronouns, it created a welcoming space not just for binary trans people, but also non-binary.

Unfortunately, the way Wynn worded her tweets, a lot of people assumed she was what many in the trans community call “truscum,” which are trans people who think we non-binary people aren’t trans enough because we don’t experience gender dysphoria the way binary trans people do. It doesn’t matter that the current edition of the DSM lists many of the symptoms of gender dysphoria as wanting to be “some other alternative gender” to the truscum; it’s their way or nothing, which makes it even more difficult for us non-binary people to find a welcoming environment. It doesn’t help that she’s made comments on Twitter previously that can be intepretted as antagonist towards non-binary people. Wynn is one of the most beloved trans celebrities currently, so the debacle left many in the trans community to think she failed us.

This is an important conversation, but unfortunately it happened on one of the worst places for a conversation: Twitter. Everything gets amplified, and every opinion is an open invitation for a “Debate Me” Dude to make an unsolicited comment. What started as a great way to further open communication between people quickly turned into a never-ending My Self-Righteousness vs. Your Self-Righteousness battle.

I’m not giving up on Natalie Wynn yet because she’s an antidote for the current slew of Alt-Light Internet personalities dominating social media. Maybe this could be am opportunity for her to choose her words more carefully so she doesn’t accidentally fan the flame war between binary and non-binary people.