Conservatives: It’s Time for Us to Leave the Ghetto 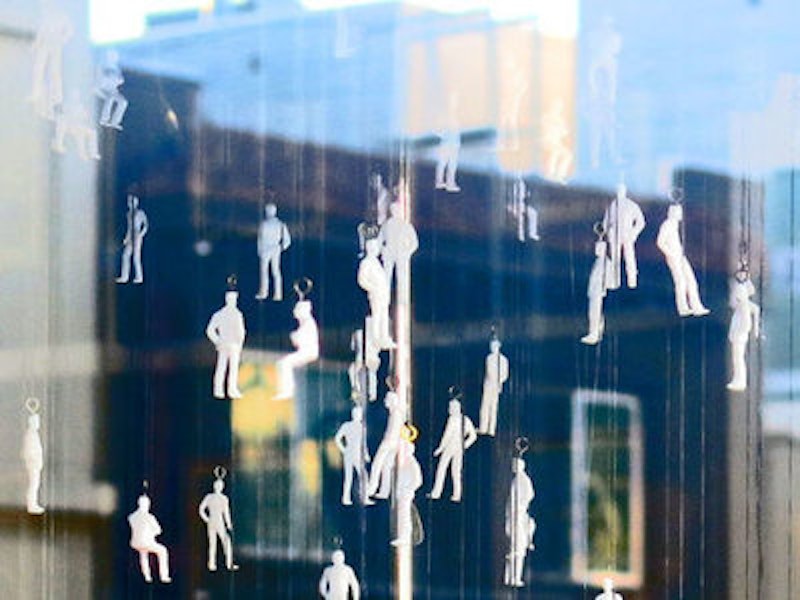 I recently lost my job. It was at a long-established D.C. conservative media group, which cut some staff due to budget fluctuations, not uncommon in what is still the sluggish Obama economy.

Getting laid off was a bummer for a couple reasons: first, the people I worked with are extremely funny, talented and cool. I consider most of them friends. Second, I was covering pop culture, a subject I love. It’s an area conservatives need to pay attention to, not as watchdogs or sarcastic Twitter guerrillas, but as serious journalists. It’s time for us to not simply note the stupid things Lena Dunham says, but to penetrate the entertainment industry with deeper and more in-depth coverage. I was attempting to do this when I got the news of the layoff.

Several years ago I went to “I Remember U,” a symposium at Howard University in Washington, D.C. A large group of elderly African-Americans had gathered together to remember life in D.C. during segregation. I was stunned when several of them expressed regret that they had “left the ghetto.” In the ghetto they had their own schools, businesses, and culture, there was comfort and stability, and it all went away with the end of Jim Crow. (To the social justice warriors about to launch: it’s all on videotape in the Howard University archives; I suggest you view it for yourselves.)

There’s an analog to this in modern conservatism. We’ve become so accustomed to a hostile media and liberal Hollywood that we’re habituated to reaction rather than creation. At the recent Super Bowl there was an army of right-wingers hunched over their keyboards ready to strafe halftime performer Lady Gaga for anti-Trump protests; many were disappointed when she just shut up and sang.

This is probably my greatest frustration at getting laid off. My editors, smart and open-minded conservatives, had enthusiastically encouraged me to go for straight interviews with celebrities, no matter who they were or what their beliefs. When approached with respect and genuine curiosity, Hollywood was receptive. I interviewed Roma Downey and Mark Burnett, Kirk Cameron, Kevin Sorbo, Stacey Dash, Harry Connick, Jr. and Taylor Sheridan. Sheridan’s an actor and the screenwriter of Hell or High Water, which is up for four Oscars including best screenplay. He gave me a fascinating interview, talking about avoiding politics in his writing while also being realistic and fair to all sides. While he wouldn’t tell me his views on gun control, Sheridan made the point that in certain remote parts of the country it’s often the only means of defense. “I mean,” he said, “if the police are 20 miles away, what do you do?”

As the Academy Awards approached, I was gearing up for a second interview with Sheridan, this time at the Oscars. I was going to pitch a trip to Los Angeles for a couple of weeks and getting face-to-face with the people I’d been interviewed over the phone. It was time for the right-wing press, myself included, to leave the ghetto. With Breitbart, the Daily Caller, Fox and pop culture superstar Donald J. Trump in the White House, it was time for us to admit victory and take our coverage mainstream.

I was shopping for a flight to L.A. when the layoff came. Suddenly, my plan for the next phase of pop culture coverage evaporated. And as a conservative journalist, it wasn’t just a matter of finding another outlet to continue my coverage. As I’ve observed before, for over 50 years liberals have built an infrastructure of magazines, newspapers, television and online outlets that cover the arts and pop culture. A celebrity profiler who gets laid off from The New York Times can take her beat to The Washington Post, Vanity Fair or another venue. Of course, part of the problem is that, unlike the mainstream media, a lot of conservative media doesn’t have the money to set up an L.A. bureau and hire a fulltime reporter.

Yet I also think part of is a mentality, the same one that was expressed by the people at the Howard University symposium. There’s comfort in our ghetto. We have our own businesses, preachers, writers and entertainment. We have our own pimp, Milo Yiannopoulos. Making space for a sober profile of Taylor Sheridan or interview with Patrician Heaton takes time and effort and strives for something deeper. Where’s the outrage in that?