Feminists have lost touch with reality. 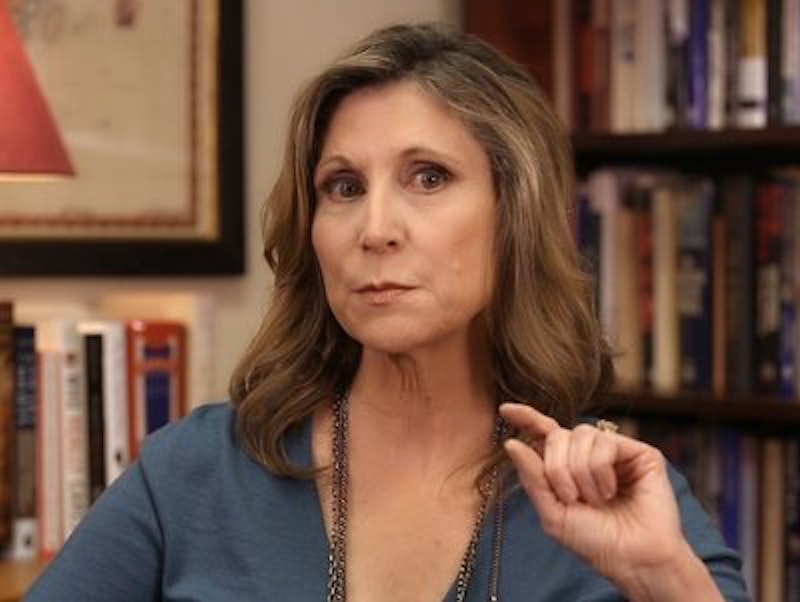 Only 16 percent of American women think having a mother who works full-time is best for children. The time fathers spend doing household chores has more than doubled since 1965, and the time mothers spend time doing housework has decreased from 32 hours per week to 18 since that time.

If you bought into to the divisive panic emanating from the modern feminist movement, would the snapshot above seem realistic to you? No, but that’s what a Pew Poll released in 2013 revealed. Modern “third wave” feminists want us to believe that women are no better off when they were in 1963 when Betty Friedan released her groundbreaking book, The Feminine Mystique, which is widely thought to have launched second wave feminism. The facts say otherwise.

Feminist theorist and resident scholar at the American Enterprise Institute, Christina Hoff Sommers, just detailed the major failures of third wave feminism in a Washington Post article, “How to make feminism great again.” What it boils down to, she posits, is that “The women’s movement is too elitist and out of touch with ordinary citizens, especially working-class women.” That sounds like one of the common post-election critiques of the Democratic party, which has lost touch with the working class in what they now consider “flyover states” that are the very people they once comfortably relied on. Sommers takes it to another level, writing that modern feminism is out of touch with reality, which isn't that difficult a case to make if you pay any attention to what feminists are saying these days.

Life in the bubble can get rough when it pops. Girls star and feminist popinjay Lena Dunham broke out in hives and had a near-breakdown when she heard Trump won, but at least she has the means to repair to swanky Sedona (not Canada, where she'd promised to move) to heal her aching spirit via “vision quests.” The women who modern feminism has lost don't have this luxury. No matter who’s elected President, they have to carry on with their often-stressful lives.

The spoiled, arrogant Dunham as a current spokeswoman for feminism is a symptom of the movement’s malaise. Sommers starts off by telling feminists to ditch all the “patriarchy” rhetoric. It's about as useful as progressives calling all Trump voters racists. A patriarchy is what they have in Saudi Arabia, where men call all the shots. Putting the U.S. on par with the Saudis is both wildly inaccurate and counterproductive. People tune you out when you use inflated rhetoric like this, just like they do when you call everyone who disagrees with you on racial issues “white supremacists,” or even “suspected white supremacists,” which I've heard lately.

Sommers demonstrates how the U.S. differs from an actual patriarchy by pointing out that women are well-represented in the workplace here. They're university presidents, authors of books, and so on. No, they're not getting enough CEO jobs but, on the other hand, they're also not expected to tar a roof or work as roustabout on an oil rig. Is it probable that our roofs would cost more to fix, or oil would be more expensive if we relied on women to do these jobs? Yes, but that's not a knock on women, who are better equipped to do other jobs than men are. This is the “reality” that Christina Sommers refers to.

The author delves further into that reality, referencing the “myth information” that feminism is drowning in. The myth that women make 78 cents on the dollar, repeated so many times by President Obama, Hillary Clinton, Bernie Sanders, and just about every modern feminist has become “axiomatic” now, but it actually falls into category of “fake news.” It's been debunked over and over, even by female Harvard professors. Similarly, it's commonly accepted that one in four (five by some estimates) college women are sexually assaulted before graduating, which is a distortion, and feminists speak only of online abuse of women, but men get more of it than women do.

Many more women than feminists could ever imagine would prefer having the life of Melania Trump to being CEO of a fortune 500 company. The Pew results indicate this. Feminists always say, as Sommers mentions, these women are merely dupes of the patriarchy who’ve internalized misogyny but she feels it's time to accept the choices women have of their own free will. That way you can reach them. Tell them you really know what they want or what's better for them and they write you off as a condescending know-it-all.

It's factual to say that roles are converging between the genders and that fathers and mothers are carrying an almost equal workload. Most women are seeking equality with men, not war, but Big Feminism promotes what Sommers calls “a zero-sum struggle between Venus and Mars.” She remembers when feminism was less polarizing and had a broader appeal. What Betty Friedan started has produced American women who are freer and more autonomous than any in human history. Sommers thinks that to pretend otherwise is disingenuous. She has many of her own ideas on how to avoid more failure going forward, but she’s far outside today's mainstream feminism. The problem is that that feminism itself is way outside the mainstream of society in general. There it will remain will if dissenters like Christina Hoff Sommers are ignored.