The Death of Neoliberalism

Trump, Brexit, and the rise of the far right. 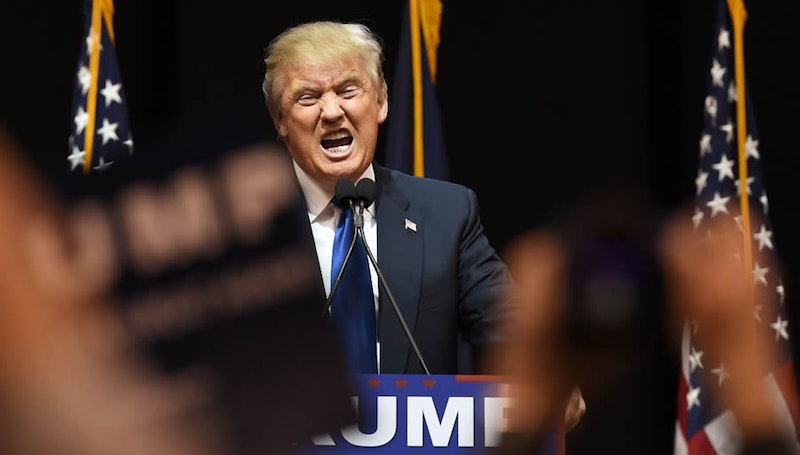 I remember watching Barack Obama’s victory in 2008 in supported accommodation in Penge, South East London. My two most vivid memories of that historic night were when my Nigerian staff nurse asked me if George Bush was a “Republican,” and a UK commentator said that Americans tended to vote for the opposite candidate than had held office before, and who could be more different from George W. Bush than Barack Obama? Eight years later and that commentator is right again, although I doubt he’s happy about it. As I drunkenly watched the unthinkable happen, my initial shock gave way to dazed glee. After seeing England leave the EU in June (I wasn’t registered to vote but would’ve voted Remain) I’d been having premonitory dreams where Trump won, and frankly, I wasn’t surprised.

I hate the regressive left and their safe-spacer SJWs, and had a sweet moment as I poured myself another brandy and watched Hillary-voting Millennials burst into inconsolable tears. Given that the left has failed so thoroughly in recent years that the Labour party in the UK is little more than a protest vote, I’d claim to be right of center, especially since I find the left’s surreptitious anti-Semitism disgusting.

However, I have regained my senses, and my desire to see a Trump victory was little more than a desire to see a Clinton loss. But he’s now bumbling his way to the White House, much to the shock and horror of almost everybody, save those who genuinely think he’ll build the Wall, tweeting Pepe the Frog memes and slavering with maniacal glee that there’ll be no more pesky abortions. So, for anybody not happy with the current picture, what exactly happened? Slavoj Zizek writes, “Global capitalism is fast approaching its terminal crisis,” characterized by “the ecological crisis, the consequences of the biogenetic revolution, imbalances within the system itself (problems with intellectual property; forthcoming struggles over raw materials, food and water), and the explosive growth of social divisions and exclusions.” Writing in 2011, he continues to say that there are five responses to all this, as in the five stages of grief: denial, anger, bargaining, depression, and finally acceptance. Zizek himself, a Marxist, wound up endorsing Trump for much the same reason as millions of Americans voted for him, thinking a damn good shake-up to the system was needed and saying Trump was a “Centrist Liberal” at heart.

That Trump lost the popular vote but won the election is indicative of dark portents for America. Already, Sieg Trump and swastika graffiti have appeared in major U.S. cities, and angry protests with the unifying banner "LOVE TRUMPS HATE" have sprung up like wildflowers after a desert rain. In the UK, where a petition to ban him from entering the country (after he made a statement on the campaign trail saying he wanted to ban Muslims from the USA) received enough signatures it was (laughably) discussed in parliament, he’s been a TV monster from another planet. We think you’re crazy, but at the same time, with Brexit, it appears we’re just as delusional. British pundits such as Milo Yiannopoulos and Katie Hopkins vocally boarded the Trump train post-Brexit, and with the surge in support for Nigel Farage and the UKIP party, not to mention the conspiratorial nature of social media, extremist viewpoints have flourished in dark corners like a malignant cancer. The fact that Trump was a reality TV star well-versed in self-image meant that the hysterical MSM just gave him brand status, and the politically wizened Clinton played the feminist card to unemployed auto workers in the Rust Belt. Political philosopher John Gray summarized it on November 21st in the New Statesman: “Having no strategic plan, Trump himself may find it easier to modify existing policies—as he seems about to do with ‘Obamacare’—than scrap them altogether.”

Here in post-Brexit, multi-cultural South West London, where I live, there have been instances of burqa-wearing women violently harassed on trains and buses, and while it’s not in keeping with liberals to criticize Islam, a shocking new poll in the Metro has stated that 52 percent of British Muslims think homosexuality should be made illegal and only four percent believed Al Qaeda were responsible for 9/11. Just as with the far right, who loathe them, there are incremental flaws within the modern Muslim identity. Trump made a run for the White House based on precious little policy and large dollops of xenophobia, but the recent failure of Norbert Hofer of the Austrian Freedom party to become the first far right politician since the Second World War to gain control of a European government gave cause for lefty relief. The Austrian Freedom Party was created in the 1950s by a former Nazi General, and that might be why Hofer lost the election. Brexit and Trump are one thing for the world, but Nazis are quite another. The sighs of relief when Austria's left-leaning Alexander Van der Bellen was elected president were heard loudly in Brussels and all over Europe. German Vice Chancellor Sigmar Gabriel called it “a clear victory for good sense against right-wing populism,” as a win for the far-right in Austria may have caused a rash of similar victories in the French, German, and Dutch elections next year. This is, of course, still possible. In France, Marine Le Pen’s Front National, a party once openly supportive of Hitler, could conceivably win in May. In Germany, Angela Merkel has a 59 percent popularity rating, but faces opposition from Alternative fur Deutschland (Afd), an anti-Islam party represented in ten state parliaments massively opposed to her open-door refugee policy. But fears that Matteo Renzi’s resignation as Prime Minister of Italy (after 60 percent voted No on his plans for constitutional reform) could usher in new flanks of right wing support in Europe appear unfounded. Luigi Scazzieri, an analyst at the Centre for European Reform categorically stated: “Italy’s referendum is not another Brexit or Trump,” but of course it would be naïve to think it will not be harmful to the neo-liberal consensus.

In fact, the death of neo-liberalism is all but certain while the left is warped by political correctness and the far right have gained (and are gaining) momentum. Trump will inevitably fail to live up to expectations, and in four years will no longer be able to claim he can Make America Great Again, should his administration get bogged down. That’s an election I’ll stay up to watch: one would assume that almost any decent Democrat could beat him, and this time around I’ll have had enough of watching it all burn.