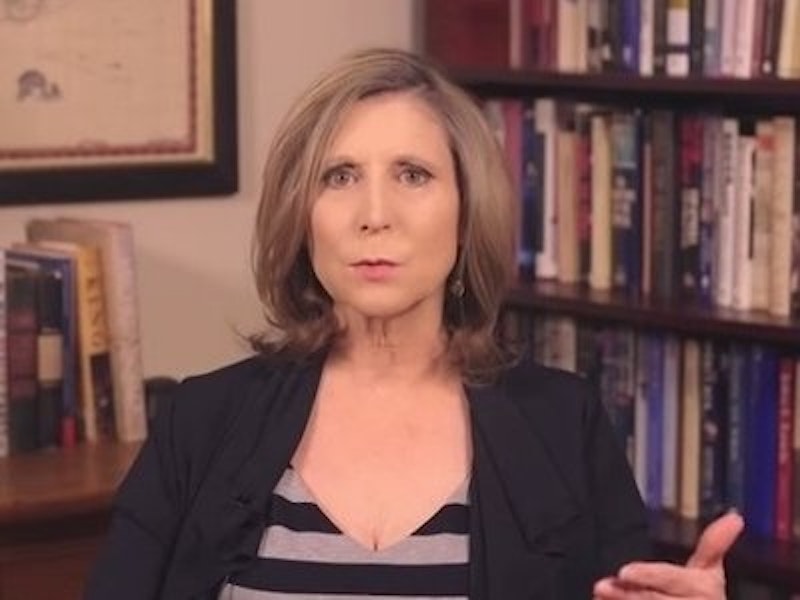 Ask women today if they're feminists and about one in four will say yes. If you show them the actual definition of feminism and ask, it jumps up to around three in four. Most women don't perceive the modern feminist movement as representing their beliefs. Conservative women see little in it for themselves, and there's toxic anger just under the surface that women of any political persuasion aren't comfortable with.

Third-wave feminists are rebels without a cause. With fewer pressing issues to address, they've invented invisible enemies. There's a forced, inauthentic quality to the movement now. Catherine Comins gained notoriety in 1991 when, as an assistant dean of student life at Vassar, she said that men who are unjustly accused of sexual assault could sometimes gain from the experience. "They have a lot of pain,” she said, “but it is not a pain that I would necessarily have spared them.” Comins got busted because she went public with her demented vindictiveness, but a strain of it still remains among stanch feminists in leadership positions. Combine it with how the Obama administration interpreted the Title IX law—accused men were essentially forced to prove they were innocent—and the potential for abuse is clear.

Feminism now has very little intuitive appeal outside of some narrow corridors in academia and the east coast. Few are energized by discussions of the patriarchy and privilege. Intersectionality has hijacked the movement, transforming it into a constant Privilege Olympics. The one who can claim the least privilege wins the gold medal.

Christina Hoff Sommers is an outlier in the feminist community, given that she offers a more inclusive, less judgmental version of feminism. The former professor of philosophy at Clark University in Massachusetts suggests an alternative to third-wave feminism's fixation on the exhausting rhetoric of oppression. The author of several books, including Who Stole Feminism: How Women Have Betrayed Women and The War On Boys, is skilled at debunking the myth​ of women as the eternal victims.

Most of the feminist justice statistics are exaggerated for effect. Third-wave feminists are agenda-driven. They cherry-pick facts and suppress inconvenient truths to further their cause. Sommers aggravates them with objective data-driven approach. If women make only 77 cents on the dollar, she asks, why don't businesses exclusively hire them, since wages are their biggest expense? She tells female students they should change majors from sociology to engineering if they want make as much as men. Within the temple of faith that current feminists preach from, this is heretical. Sommers’ ideas were so dangerous to campus activists at Oberlin College and Georgetown University that they set up safe spaces for triggered students when she spoke there. Modern feminism is so fragile that merely questioning its assertions is traumatizing.

Sommers thinks what she calls “gender feminism” has gone mad. She's referring to the belief that all women are trapped in gender roles the patriarchy—a shady global cabal dedicated to holding women down—assigns them. The Muslim world is a place where there's a patriarchy oppressing women, but feminists rarely mention this. The patriarchy is Caucasian. Sommers uses the term “equity feminism,” meaning that women don't all share a common vision and should be free to express themselves as they wish. If this includes things like doing their nails and hair, that's fine. If women choose to stay at home and focus on raising children, an option not respected by many feminists, that’s perfectly respectable. While Sommers isn't denying there may be any number of areas where women are still being treated unfairly, she wonders what the state of emergency is when 55 percent of college enrollments are women.

In thinking about ways schools should do a better job at educating boys, Sommers sets herself apart from other feminist leaders, to whom the issue is of no importance. It's as if they’ve set themselves apart as a separate tribe, and only tribal matters concern them. Males are the opposition tribe. Outside of gender studies classrooms, this dichotomy isn't something young women—or women of any age—are eager to embrace. Classroom indoctrination is about the only way to sell it.

Third-wave feminists don't care much for Sommers’ equity feminism. They'll often deny she's a feminist at all, just as they've done with renegade feminist Camille Paglia. What they don't realize is how desperately they need moderating voices like hers. Their movement has become poisoned with anger—the sort of anger Catherine Comins at Vassar exhibited. She’s not alone among feminists in seeing all men as proto-rapists. A dose of false accusation is a vaccine against their natural instinct to rape. Not all the vitriol's aimed at men either. Much of it’s directed at other women, even fellow feminist women.

Don't take my word for it. I'm a white male. Take the word of Crystal Marie Fleming, a woman of color and professor of Sociology and Africana Studies at Stony Brook University in New York. Her tweets: “The ease with which women call other women 'trash’.. the callous disregard for other women's suffering.. all in the name of "feminism.”

“If I had any faith left in humanity, the atrocious, unapologetic violence of people calling themselves "feminist" would shake it..”

“I should never be shocked when women unapologetically spew hatred and co-sign violence against anyone, much less women—but I am.”

“The level of hatred hysteria from women who claim to be feminists is really unbelievable. It's unlike anything I've seen #onhere.”

“I can only conclude that it's the soul-crushing suffering of oppression under patriarchy that renders some women so vicious.”

The patriarchy strikes again. Its powers are so great they can make normal women spew hatred and hysteria, encourage violence against other women, callously disregard women’s suffering, and call other women trash. Without independent-thinking, anti-authoritarian feminists like Sommers around, such confused rationalization would go unchallenged.