The March Is Over and I am Tired

The political conversations are endless. 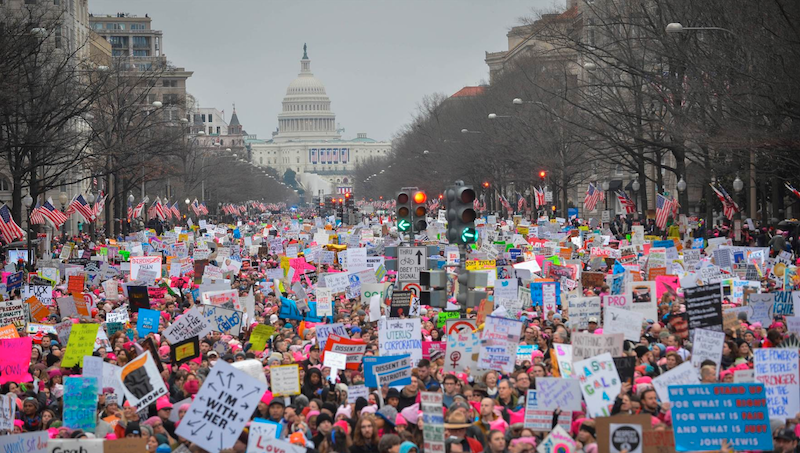 From the rising divides in our country to the first months of a Trump presidency, it’s all been too much for one (black) person to think through. The conversations I’ve had with people (especially those with privilege—who just "didn’t see this day coming") about being black in America have created a whole new level of exhaustion in some of my daily spaces.

Not having the privilege to disconnect your body and your mind from the current conversations on race, politics, and misogyny, which are literally happening everywhere, is particularly taxing, whether you're in the classroom or the local gay bar. Whatever used to be hidden under the rug is now staring us in the face, and if both the Knowles sisters hadn't "armed" us PoC with their albums I wouldn't have the musical "weapons of mass destruction" that have become whiteness escape outlets.

If we (PoC) could gain anything from this churning of our capitalistic society called America, it should be in the form of government compensation. I want #TrumpChecks. For myself, and better yet for women of color whose steadfast labor, in spite of the risks, still goes unrewarded. The (white) people who have never had to question their freedom while walking back to their own home, the white people who “don’t see color,” are going to have to (finally) wake up and pull their weight in ways they refrained from before, because all of us minorities are officially tired. Fed up. Done! No longer working to "woke" you for free.

I know there are so many pieces to this (f-ed up) political puzzle, but right now is a time to listen before criticizing, and resist all forms of oppression in our communities. This means fighting for rights that you may already have, in order to keep from losing them. Trump's current shenanigans and the march woke many of us up. Tragic that it took this long and this much, but never have I seen this many white folks, or any kind of folks, show up for racial justice. I am not praising any privileged group for doing what they should already be doing every day (rejecting oppression rather than submitting to it through passive silence), but I do recognize that resistance and intersectional social justice will take every single one of us recognizing our role and our power to drive progress forward.

Before the Women's March on Washington I used to think that my grandmother and other black elders in my family were jaded; they always seemed to write off injustice in our society as something that will never change. I was raised to live with tacit acceptance of racism and misogyny because that was the simpler option. "Don’t trust those who are (highly) likely to oppress you."

Many folks, whom are still oppressed by today’s systems, warned us, for years, about today. Years. So what should white people (and really all of us) do now? Engage with the people/communities that you are not integrated with, because you have a lot to learn from their stories. Then take the tea they share with you and transfer that quality education to the communities where (sadly) your word carries more weight than mine does (#deconstructwhiteness). And the answer to the burning question is yes: you can be white and woke. It just requires the recognition and acceptance of the ways in which one’s whiteness/privilege can be utilized to push forward the social justice agenda, including the ones which you may not (directly) benefit from.

Whatever you do, don’t sit silent. Don’t ignore any (emotional) build-up from non-action resistance. Act up for social justice strategically. Or you will end up like Becky, who bottled it all up until caffeine made her explode over the wrong outlet and look cray-cray.

Consider what it would be like to live in a world where white people take on the labor of making other white people woke af, eliminating my responsibility. Honestly, as a black, gay person, to carry the weight of educating all on the complexities of thriving in systems that are not set up for you, in my experience, is beyond tiresome—especially when such a responsibility becomes the known norm that only you know. Black people, especially those in higher ed, need a vacation from racism.