An interview with Delcianna Winders. 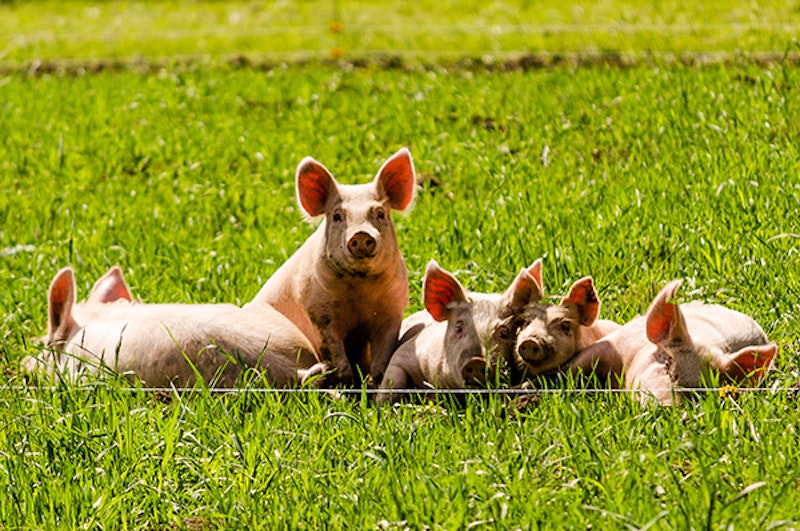 Delcianna Winders is the Academic Fellow of the Harvard Animal Law & Policy Program. In addition, she's co-plaintiff in a lawsuit seeking to reverse a recent decision by the Department of Agriculture to remove a host of animal-welfare records from its website. Winders spoke to Splice Today about what's at stake in the legal battle, the USDA's flimsy justification for its move, and her efforts to hold animal abusers accountable.

SPLICE TODAY: So, for readers who aren't aware, what animal-welfare records were removed from the USDA website and why are they important?

DELCIANNA WINDERS: The USDA deleted thousands of public records related to animal welfare that had been available on its website for many years. The records relate to enforcement of two important laws: the Animal Welfare Act, our nation’s most comprehensive animal protection statute, and the Horse Protection Act. These laws are supposed to ensure the humane care and treatment of animals used in research, exhibition, and the pet trade.

The deleted records included inspection reports for more than 9,000 facilities using animals, annual reports showing when research animals were subjected to unrelieved pain and distress (along with any purported justifications for doing so), and descriptions of any enforcement actions taken by the USDA against those who violate the law. More of these records are generated every day and are now hidden from the public.

Ready public access to these records is crucial for many reasons. As Founding Father Thomas Paine noted, “a body of men holding themselves accountable to nobody ought not to be trusted by anybody.” This is especially true when it comes to the USDA, whose own Office of Inspector General has repeatedly condemned its animal welfare enforcement as ineffective. The records are also critical to exposing and preventing animal abuse. In addition, some state and local governments condition licenses to sell dogs and cats within their borders on a dealer’s history of Animal Welfare Act compliance. Without the USDA records, their laws have become unenforceable.

ST: What was the USDA's rationale for this and does it pass legal muster?

DW: The USDA claims that it erased these records “[b]ased on [its] commitment to being transparent, remaining responsive to [its] stakeholders’ informational needs, and maintaining the privacy rights of individuals.” The suggestion that deleting information furthers transparency or informational needs defies logic, which leaves only the individual privacy assertion. But even that rationale is hard to swallow—the USDA already redacted private information from the records before posting them online.

ST: What have your legal efforts been to reverse this USDA action?

DW: I, along with a coalition of organizations, have filed a lawsuit against the USDA challenging the blackout because it violates the Freedom of Information Act’s requirement that agency’s affirmatively post records online.

In addition to filing the lawsuit I filed an expedited Freedom of Information Act request on the day of the blackout to find out the real reasons behind this indefensible assault on transparency. The expedite request was granted and I hope to receive the records later this month.

ST: I've heard that following public outcry, the USDA has restored some animal-welfare records. Is this enough?

DW: The USDA’s piecemeal, partial reposting of records is wholly insufficient under the law. For example, there are still no inspection reports posted for some of the most egregious animal abusers. We will press forward with the lawsuit until all deleted records have been restored and the USDA agrees to follow the law moving forward by posting new inspection reports, enforcement actions, and other records in a timely fashion.

ST: What will you be doing, going forward, to restore all of the USDA's animal-welfare records? What can regular people, who don't have a background in law, do to help?

DW: In addition to moving forward with my lawsuit and FOIA request, I support the efforts of more than 100 members of Congress who have demanded that the records be restored. It’s important that Senators and Representatives hear that this issue is important to their constituents. Contact information is available here. Urge your Congress members to co-sponsor legislation that has been introduced to restore the records—and to address the decades-long failures of the USDA to fulfill its duties under the Animal Welfare Act and Horse Protection Act.