China Doesn't Have the U.S. Over a Financial Barrel

Listen to political leaders at your own peril. 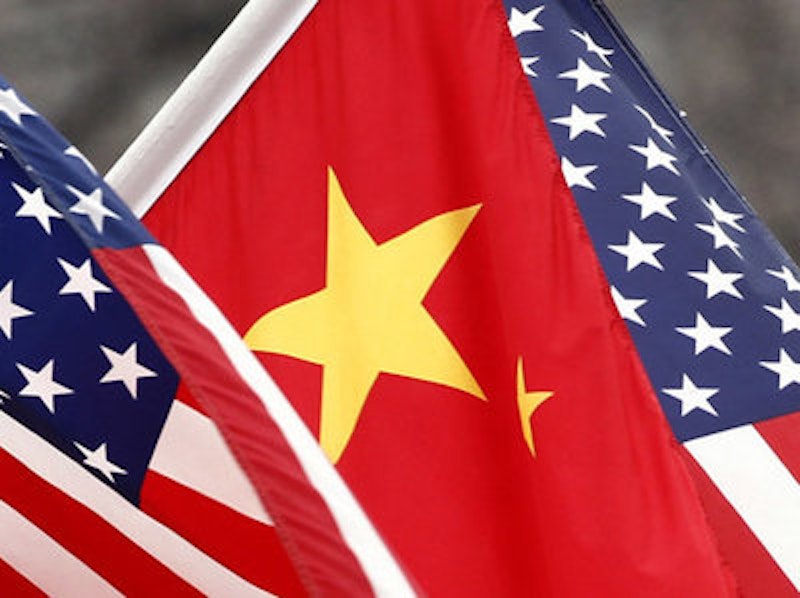 You've no doubt heard that the U.S. relies on China to lend it dollars to finance its profligate, deficit-spending ways. The media and politicians promiscuously hype the China threat. We're led to believe that if China stops buying U.S. Treasury Securities we'll suffer an economic calamity. President Obama once said that George Bush was unpatriotic by taking out a $4 trillion "credit card from China in the name of our children" to fund the Iraq war, adding that this put every "man, woman and child $30,000 in debt.”

If Obama actually believes this, he's shockingly confused (it wouldn't be the first time), but if the President doesn't understand the China/U.S. financial dynamic, it's hardly surprising that the general public is bewildered and uneasy about it. Obama spoke of the $4 trillion on a credit card, just like a person would charge on Visa, except with a bunch of extra zeros. In framing it this way, he contributed to the perpetuation of a mythology based on a previous currency system (Bretton Woods) that makes it impossible to understand modern economic realities. The simplest way to describe this mythology is that it's a conflation of household finances with the finances of a nation with a sovereign, free-floating currency. Democrats do this too, including Nancy Pelosi and Harry Reid, so you can't blame only the Republicans. The two major parties just have different ideas for "dealing" with a situation they can't comprehend.

China's dollars come from the trade surplus it runs with the U.S. They sell more to us than they buy. Those dollars go to the Bank of China. If BOC holds these dollars, it receives no interest. It can spend them, but China likes to save. If it chooses to park the dollars at the U.S. Federal Reserve Bank, they’ll earn interest, so this is what it does. If BOC puts its dollars in a Federal Reserve Bank reserve account (which is similar to a checking account), they’ll earn .25 percent interest, but if it chooses to purchase U.S. Treasury securities, those dollars go into a securities account (essentially a savings account) at the Fed, where they earn significantly more interest on the world's safest asset.

When BOC purchases Treasuries, it transfers dollars from its Fed checking account, which is debited into its Fed savings account, which is credited. This involves no net inflow of dollars. When the Treasuries mature, the dollars, with interest added, move from the savings account back to the checking account. This process involves typing numbers on a computer screen. The interest payment doesn't come from the taxpayers via the IRS. The entire "debt" we owe to China is in dollar accounts at the Fed.

Compare this to the household credit card. If you charged $4000 on your credit card, you’d eventually have to find a way to get this amount, plus interest, and if you didn't the bank would come after you for it. You certainly can't type numbers on your computer screen to pay it off.

The reason the U.S. government can just type numbers on a screen is that it has a theoretically infinite supply of dollars now that it's off the gold standard. Dollars are now nothing more than a way to keep score. The government doesn't need to collect even a penny in taxes to spend as many dollars as it wants to. The only constraint on spending now is inflation, but you won't hear a politician or the media saying this. There's not even any economic reason why the U.S. has to sell Treasuries—which are a risk-free subsidy to investors—to China, or to anyone else for that matter, in order to run a deficit. It has a monopoly on the production of dollars, making it self-sufficient in that regard. Buying and selling Treasuries is a part of monetary, not fiscal, policy and is done by the Fed to achieve a target interest rate. Without such transactions, this overnight rate would drop to .25 percent, the same amount the Fed pays on bank reserves.

U.S. Treasuries are simply interest-bearing dollars. If China, for some reason, decides it wants to sell its dollars and divest itself of the safest asset in the world, someone else will buy them. If they choose to buy euros, and buy them from Deutsche Bank, their dollars would move over to the Deutsch Bank account at the Fed. A large-scale sale of dollars would put downward pressure on the dollar, making China's exports to the U.S. more expensive, which is what the U.S. wants and China doesn't want. Such a scenario isn’t a cause for great alarm.

Mark Twain said, "It ain't what you don't know that gets you into trouble. It's what you know for sure that just ain't so." This summarizes much of the so-called collective wisdom in this country about the current state of the economy, and that goes for the situation with China too. China doesn't have the U.S. over a barrel, just like there’s no threat of hyperinflation or becoming the next Greece. When China buys U.S. Treasuries with the dollars they got by selling us goods that improve our lives, those dollars end up in its savings account at the Fed. There’s no credit card involved that your children and grandchildren will end up paying off. If you want to understand modern economics, don’t listen to politicians, including President Obama.