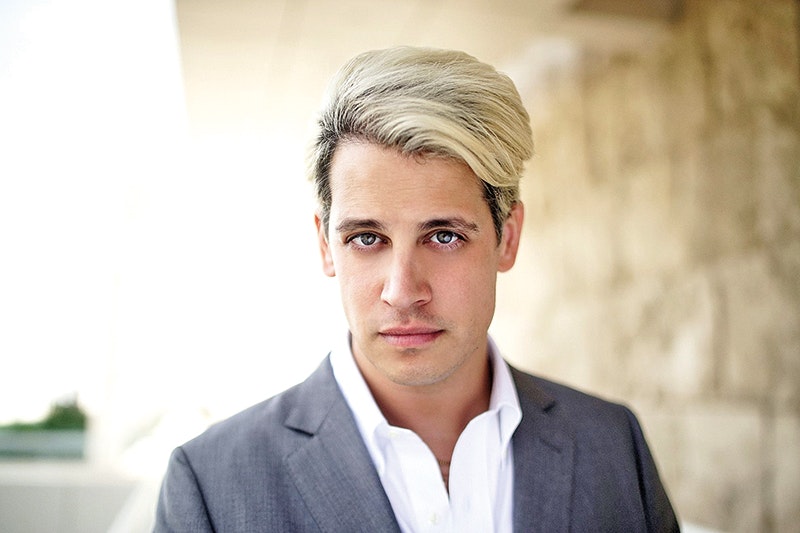 I don’t mind people with high standards, including those who refuse on principle to vote or support any political movement. Similarly, I feel quite at home among those who are extreme skeptics, questioning any pronouncement of government or media.

What I find frustrating, though, are people with unpredictable sliding scales for gauging what they will tolerate: one faction can throw a punch without being condemned, another can’t use a mildly rude word. Scientific studies are meaningless to some people, but they’ll turn around and trust whimsical pronouncements from a hippie herbalist. It’s more than a little like classic bigotry: my ancestors are frugal, yours are greedy.

It takes a special kind of idiot, for instance, to think Trump—who wants whistleblower Edward Snowden dead, praises eminent domain, and enthuses about waging literal wars for oil—should be accepted by libertarians but then to turn around and denounce any hint of apostasy within the Libertarian Party. Yet you see this sort of logical hairpin turn navigated almost daily by the sort of alt-right people who love columnist, Trump supporter, and leftist-provoker Milo Yiannopoulos.

But then, the small but vocal faction of pro-Trump libertarians out there also tends to be the kind of people who condemn non-Trump supporters as effete even while idolizing self-proclaimed “dangerous faggot” Yiannopoulos. Don’t get me wrong, I hate much of what he hates, and any man who causes wackos at UCLA to call in a bomb threat to prevent him speaking deserves some sympathy. But these are strange times, when far-left gay rights activists and other social justice warriors want him silenced while gay-hating alt-right types have practically anointed him their leader. Each side too easily gets away with thinking it need not examine its principles, since the other side is so blatantly nuts—a new co-dependent political sickness to replace the old left/right trap.

Yiannopoulos is also Jewish, as more than a few alt-right jerks might be alarmed to learn, judging by the frequency with which they treat Jewishness as an accusation to be leveled at anyone of uncertain ancestry who tries to have a coherent argument with them. This is beyond garden-variety stupidity, even beyond psychosis, and enters the realm of outright paradox.

Jamie Kirchick, who I’ve complained about in the past because I thought he was too hard on Ron Paul and Rand Paul (oh, for the nuance and civility of those long-ago political times), lambastes Yiannopoulos for being all flash and conflict, no substance in a piece brought to my attention by Ronald Radosh. I’m not as eager to denounce Yiannopoulos. He seems to be having fun and mostly irking the right people. But then, he’s neither running for president nor constantly condemning people as Jews and cuckolds for disagreeing with his choice of presidential candidate. Some of his associates and fans are.

Much as I hate to be an anti-fun columnist in a world with entertaining Milos in it, someone has to speak up and acknowledge that irony has become so perfunctory and omnipresent that it now vies with brevity as a systemic barrier to thoughtful philosophical and political debate. Try disagreeing with these alt-right types—and perhaps with anyone online these days—and you won’t so much be insulted, or heaven forbid successfully refuted, as mildly confused by people tweeting retorts along the lines of “Oh, yes, surely! I want to put all teh people with the stupid views in camps! You deserve it! Hitler was half-right, methinks. Hmmm?”

Is that pro-fascist? Jokingly anti-fascist? Sincere assurance that accusations of being fascist are off-base? I don’t know anymore, to quote a poignant long-ago Simpsons scene. But it’s not supposed to be the world’s job to peel away endless layers of irony to figure out whether you’re actually an idiot. You’re a novelty on the political scene at the moment, alt-right people. When that wears off, people will tire of giving your cryptic jibes the benefit of the doubt. If you’re not a goddam crypto-fascist, now would be a good time to let the world know.