Can the White Working Class Save the Democrats?

Robert Reich gets it all wrong. 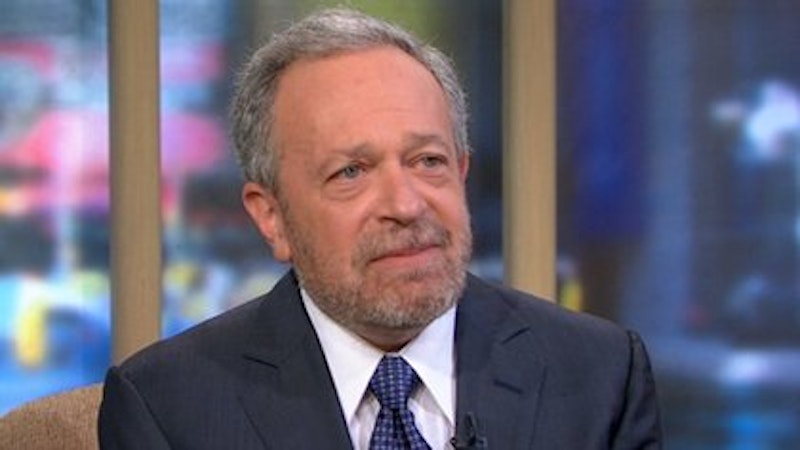 "The white working class." Those words send shivers through the hindbrain of the Democratic Party.  If only poor white people would suddenly wake up and realize that the Republican Party hates them. If only working class whites would see the advantages of labor unions and sticking it to the rich; if only they'd shake off their false consciousness and vote with their pocketbooks. Then, finally, the Democrats would have a true, unbeatable majority, and would sweep the Republicans into the wilderness, there to wail and gnash their capital gains in despair forever more.

Robert Reich invoked this dream once more in a recent Salon article responding to Black Lives Matter protests directed at Bernie Sanders. "For decades Republicans have exploited the economic frustrations of the white working and middle class to drive a wedge between races," Reich warns, "channeling those frustrations into bigotry and resentment."

From Reich's perspective, the Black Lives Matter protestors interrupting Sanders and other presidential candidates are divisive; they play into the hands of the Republicans. "Our only hope for genuine change is if poor, working class, middle class, black, Latino, and white come together in a powerful movement to take back our economy and democracy from the moneyed interests that now control both," he insists. So, focusing on race, or emphasizing race, undermines the "only hope for genuine change." To address racial inequities, to create "genuine change," racial issues need to take a back seat to economic solidarity.

Reich is arguing against division and for solidarity. But it's a solidarity that says, flat out, that getting the white working class in the Democratic coalition is the priority, and the only possible route to success. That's why, from Reich's perspective, Black Lives Matter is a danger. If unity is defined as the inclusion of the white working class first, last, and always, then a movement that focuses on race is at best a distraction. At worst, it may alienate those very working class whites saviors who will finally wake up and swoop in to save the Democratic Party… and America.

I'm all for economic populism and reaching out to poor people of every race. If the Democratic Party wants to soak the rich (a popular policy), I'm on board. But the fact remains that over the last 50 years, African-American support for the Democratic Party has been more consistent, and more sweeping, than working-class white support. Given the extent to which the GOP is built on white identity politics, that's not likely to change anytime soon.

Black Lives Matter just underlines that Democratic grassroots energy is centered in the African-American community. You want angry white populism, you go to the Tea Party and white people confusedly demanding that the government take away their health care. The current movement in America against inequality, the current movement demanding a transformation in the landscape of poverty, is Black Lives Matter.

As Reich says, one of the main ways poverty is enforced and perpetuated in this country is through mass incarceration and the vicious policing of disadvantaged communities. So, if you're an economic progressive, is BLM a distraction? Or is it the most energized, focused and effective grassroots movement out there? When BLM protests at Bernie Sanders rallies, is it hurting the movement for economic justice? Or is it showing that there is a huge appetite for and passion for justice? Why is it "unifying" to see it as the first, and "divisive" to see it as the second?

Maybe instead, as a counter-theory, Democrats might admit that economic populism hasn't notably worked as a rallying cry on the left. You want change? Then get on board with the passionate grassroots movement you've got. And stop trying to divide the party in the name of a white working-class savior who, all the evidence suggests, is never going to show up.