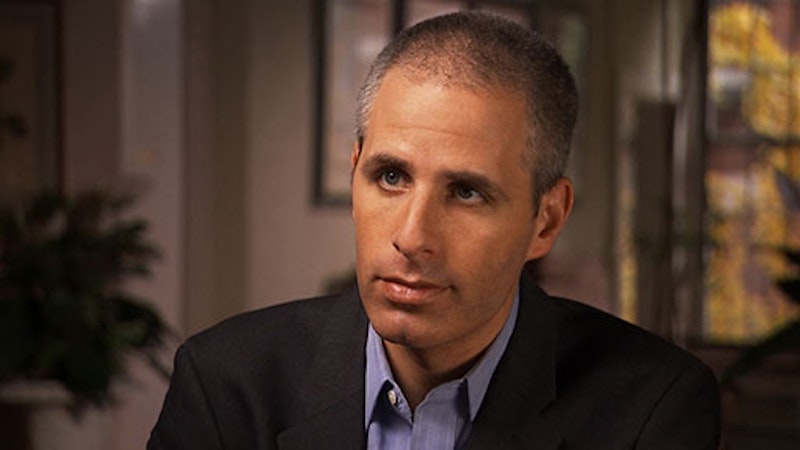 David Sirota is a chronically libertarian-bashing columnist and radio host who once was a press spokesman for potentially economy-destroying socialist politician Bernie Sanders. Naturally, he’s racked up some awards and honors for serious journalism.

His investigative work, alas, has not allowed him to figure out what libertarianism is just yet, so he occasionally bashes it in ways that are either willfully misleading or ignorant, quite possibly just irrational. (I sent him an email once about a particularly obtuse piece he wrote on Ayn Rand, which seems to be part of the job description at several of the more-prominent left-leaning websites these days. And it’s rare that I waste energy writing stuff meant neither for friends nor the public, so you know I was pissed.)

His latest target was Charles Koch, attempting to skewer the libertarian billionaire for having the audacity to call for an end to government subsidies to rich industries. You have to wonder why the Kochs bother to keep doing and saying good things, given how each good turn seems merely to inspire more hatred from the left (witness leftists’ protests against a Koch-aided hospital here in New York City last year—a hospital).

In Sirota’s view, Koch’s a terrible, terrible hypocrite, not for calling for an end to direct government subsidies so much as for calling, in addition, for an end to varied and complex tax breaks, when Koch Industries has benefited from some.

Naturally, Sirota either doesn’t understand—or, more likely, pretends not to understand—that libertarians object primarily to government taxing people, not to government declining to tax people. Now, if you’re an idiot or, say, law professor Cass Sunstein, you may start from the assumption that all money basically belongs to government in the first place, so it doesn’t really matter whether someone gets handed a bag full of other taxpayers’ dollars or merely goes untaxed—being less-taxed by $1 million in that view is exactly the same as receiving a government check for $1 million.

But intellectual honesty, I’d think, requires recognizing, even if you are a statist journalist who thinks money is as efficiently spent by government as by the private sector, that libertarians themselves do not think that (and what people actually think matters if you’re going to accuse them of hypocrisy). We hold the view that every dime extracted from the private sector and put into the government’s coffers is a tragedy and likely completely wasted, or worse, turned into a destroyer of other wealth (by funding misguided regulatory efforts or devastating wars, say).

So I don’t fault people for getting whatever tax breaks they can, not even all those churches I don’t believe in—and leftists of all people should understand that one can critique the social system as a whole without entirely absenting oneself from it. I don’t follow Sirota around screaming at him for hypocrisy every time he buys something in the marketplace, nor do I think leftists should stop going to shopping malls. On the contrary, they should keep going to shopping malls and stop complaining about them.

Charles Koch, by contrast, should get what tax breaks he can while continuing to make an articulate case for making the whole system of taxation simpler, less burdensome, and if he’s ever in a really radical mood, perhaps completely non-existent. Enough with this massive engine of constant pillage. He’d be a hypocrite, by contrast, if he were libertarian six days of the week and then called for higher taxes and additional government spending on the seventh.

Last time I checked (h/t Franklin Harris, who some prominent venue ought to hire as a pop culture columnist), the link that Salon tweeted out to Sirota’s piece was for some reason redirecting to a RawStory piece on Elisabeth Hasselbeck, perhaps a reminder that all the stupid lefty websites are in cahoots—or evidence that Salon was having second thoughts about the Sirota piece, since it inadvertently made the Kochs look good despite Sirota larding it with his usual sneering, unwarranted condescension.

He called Koch’s opposition to corporate welfare a rare moment of clarity for a plutocrat, but it was just consistent, ongoing commitment to libertarianism, as Sirota would know if he cared to learn anything about the philosophy at all. He doesn’t, of course. That might inhibit his next clueless diatribe.