Bristol Palin Just Made a Point About Sexism 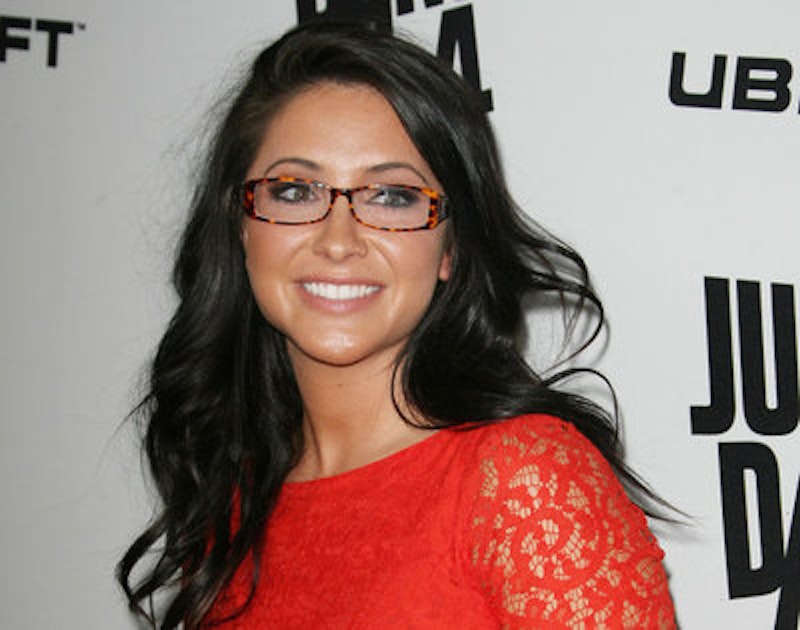 Bristol Palin issued a pronouncement involving sexism, and a young columnist at the Washington Post went along with it. At issue are Donald Trump and the “blood” controversy, with a focus on a right-wing group's decision to tell Trump not to come to their big conference. Bristol appeared to assume that objecting to Trump's comment about Megyn Kelly means objecting to sexism. She posted her belief that the group's organizer, the man behind the disinvite, has nothing against sexism and that therefore he must be a hypocrite who just wanted to disinvite Trump.

But you don't have to be a feminist to object to Trump's comment. Actually, objecting to it would seem like the default. Not objecting would call for a reason, some special allegiance that had override claims on a person's judgment. “I'm an expectorationist, and we believe that expulsions of bodily fluid are an occluded, or eclipsed, phase of human biological existence that must be foregrounded whenever possible. Therefore, Donald Trump's,” etc., etc. A song and dance would be necessary. Instead Bristol assumes that the song and dance is needed if you think someone ought to govern his slob mouth.

All right, she's a Palin. But the Post writer agrees, and I don't know anyone who disagrees. For all I know, maybe now everyone thinks that you can't object to a menstruation joke unless you believe the joke ties into a social-verbal system that strategically puts women at a disadvantage. You can't just say that it's insulting to take a person's biological facts of life and then throw them at the person’s head. You can't say it becomes obviously more dangerous and insulting the closer your comments get to the groin and private functions. You can't say that people know how close such comments can cut, and that therefore everyone knows you should stay away from them. You can't say that a menstruation joke is something that could rattle anybody, even a guy (like the conference organizer) who photoshopped Sarah Palin's head onto a sexy model in a Santa Claus suit, a man (again like the conference organizer) who was quite happy to see Trump throw some nasty words at Rosie O'Donnell. You can't assume that blood coming out of the pussy is the line that just about anybody draws, a line drawn almost by human reflex.

No, you have to sign on to a spiel. Society is out of joint in a way that disfavors women, and making fun of someone for menstruating counts as a bad thing only because it represents that larger social dislocation. Heavens. I can see that feminists would get especially mad at Trump's joke. But I would expect most other people to get mad too. Even the conference organizer, a well-paid spouter of hot air on the wingnut circuit. A person with his head full of cracked, stupid ideas might still have space for a few good ones, basics like you don't go for the crotch, you don't go below the belt.

The fellow might combine this notion with some quaint intellectual curio—chivalry. Another person might combine it with feminism or liberal Protestantism or the teachings of Stan Lee. But everybody would recognize the stand-by element, the old reliable. Don't tell me it's gone.

This magic moment.  Donald Trump is on the phone, calling into Don Lemon's studio. “You could see there was blood coming out of her eyes,” Trump says. “Blood coming out of her... wherever.” He says it with an aggrieved, quizzical pause before “wherever.” But that's all. Then he continues. “But in my opinion, she was, ah, off base,” he says. “And by the way, not in my opinion, in the opinion of hundreds and thousands of people on Twitter. Because it has been a brutal day—in one way a great day for Fox, and in another way,” etc. The interview continues for another 28 minutes. At no point does Lemon take note of what Trump said about the blood.

A very Trump thing about the comment: he said it casually. He didn't spit or snarl. He’s a born complainer and can complain in a variety of gears. At that point he was ruminating aloud about Fox's unfair dumbness, as opposed to savaging the unfair dumbness. When thinking aloud, he's the sort of person to say that, hey, maybe she was on her period.