Liberal pundits are all over the map in assessing the President's political position and 2012 prospects. Some, like Frank Rich, are more realistic than others. 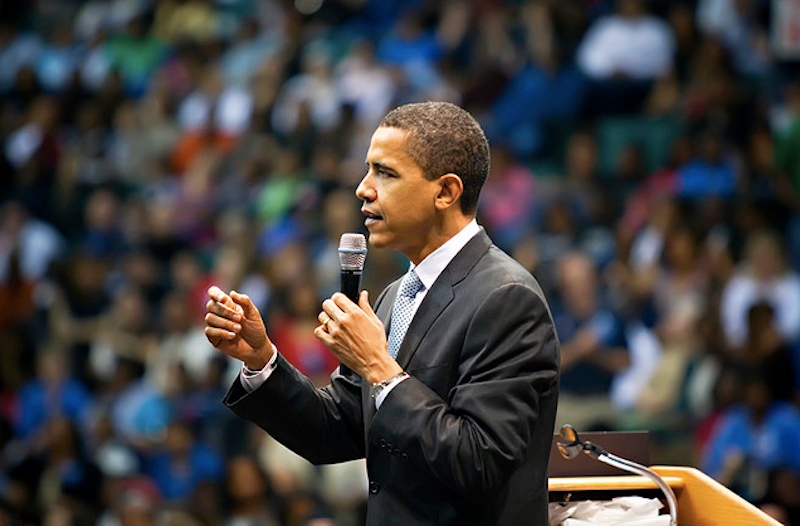 Until Barack Obama delivers his State of the Union speech on Jan. 25, he’s stuck in neutral, which isn’t necessarily bad: most Americans aren’t paying attention to politics right now, and those that are have been pummeled by grandiose declarations from the likes of new Speaker of the House John Boehner, a lifelong GOP hack who has no business leading the Republican’s opposition to the Obama legislative agenda. I’ve stopped reading stories about plans to repeal ObamaCare: everyone knows it won’t happen, and while the fuzzy doorstop of a bill might be stripped of its most fiscally destructive elements, that won’t happen overnight. What’s more interesting, at least to me, is the overabundance of advice offered to Obama from his past and present media supporters, and separating the still-besotted from those who are more realistic.

The New York Times’ Frank Rich falls into the latter category. I don’t usually take his Sunday columns too seriously—too bombastic and infused with pop culture references that are rarely germane, except to remind readers that he was once a feared theater critic—but his Jan. 9 essay, “Let Obama’s Reagan Revolution Begin,” was fairly clear-eyed. Yes, Rich still has figurative (or perhaps actual) gin snits about Sarah Palin and GOP “radicals donning Reagan drag,” but his comparison between the 40th and 44th presidents was smart and instructive, a blueprint that Obama and his White House minions ought to take seriously. In essence, Rich lays out the case that Reagan mesmerized the American public not with wonky legislative details, but by a demeanor that was tough but also optimistic and congenial. Has Obama ever come close to a memorable line such as, “Mr. Gorbachev, tear down that wall!”? Or, as Rich writes: “And surely [Obama] must start wielding Reaganesque humor at the rapidly thickening blizzard of Tea Party hypocrisies. A ‘there you go again’ [Reagan’s cocked-head riposte to a Jimmy Carter inanity during their 1980 presidential debate]—or two or three or four—will come in handy when mocking antigovernment zealots.”

Rich isn’t turning on Obama—how could he, since any GOP presidential candidate next year will give the man conniptions—but does criticize the President for allowing comedian Jon Stewart to speak out in support of the admirable, and necessary, aid to 9/11 emergency workers who’ve become sick from the toxicity at Ground Zero. Obama, Rich says, was AWOL in this debate, and he’s correct that it was a lay-up for the President to blast bill’s Republican opponents. Despite today’s still-troubled economy, what sane American would argue against helping the heroes who labored for months, in horrific circumstances, after the terrorist attacks.

He also faults Obama for failing to publicly articulate the case for humane immigration reform, an issue that’s in the forefront of current political debate. The anti-immigration demagogues have dominated this topic for the past several years, and, as Rich implies, Obama could, if he desired, crush their xenophobic bleats with a series of speeches. Now, I happen to believe that Obama won’t touch this issue—maybe on the advice of his political advisers—since immigrants, legal or illegal, aren’t favored by the protectionist labor unions, a bedrock of Democratic support, but Rich clings to the idea, perhaps by a fingernail, that Obama can still be a transformative president. That is, if Obama can recall how he moved audiences during his 2008 campaign.

Rich concludes: “The ability to remake his style of leadership [is in his hands]. But that makeover can only come from him, not old Clinton hands in a reshuffled West Wing.” Assuming incoming chief-of-staff Bill Daley, an “old Clinton hand,” read Rich’s column, he either winced or emitted a stream of profanities.

By contrast, professional Democratic enabler Jonathan Alter believes that Obama just has to sharpen his message to get back on track. In a strange column for The Daily Beast, Alter begins: “Barack Obama is coming off the most historic legislative achievements since Lyndon Johnson, but politics is the ultimate what-have-you-done-for-me-lately business.” That implies that the President’s “historic legislative achievements” were popular with the electorate; perhaps Alter, author of an Obama biography, has tuned out the results of the 2009 gubernatorial elections in New Jersey and Virginia, as well as last November’s Congressional contests. Alter urges Obama to use “the music of his voice,” to put “a more distinctive stamp on his presidency.”

As Frank Rich might suggest to his liberal colleague Alter, the President needs more than “music” to set up a successful reelection campaign. Barring the Republican presidential nomination of a kook like Sarah Palin or Mike Huckabee, it’s unlikely I’ll support Obama next year; but if the President speaks to the nation passionately about what he believes in (rather than ducking the debate) and focuses on the economy, he’ll be difficult to defeat.