By Any Means Necessary

The Repeal Amendment, which would allow two-thirds of the states to veto any Federal legislation, is based on political excuses, not Constitutional integrity. 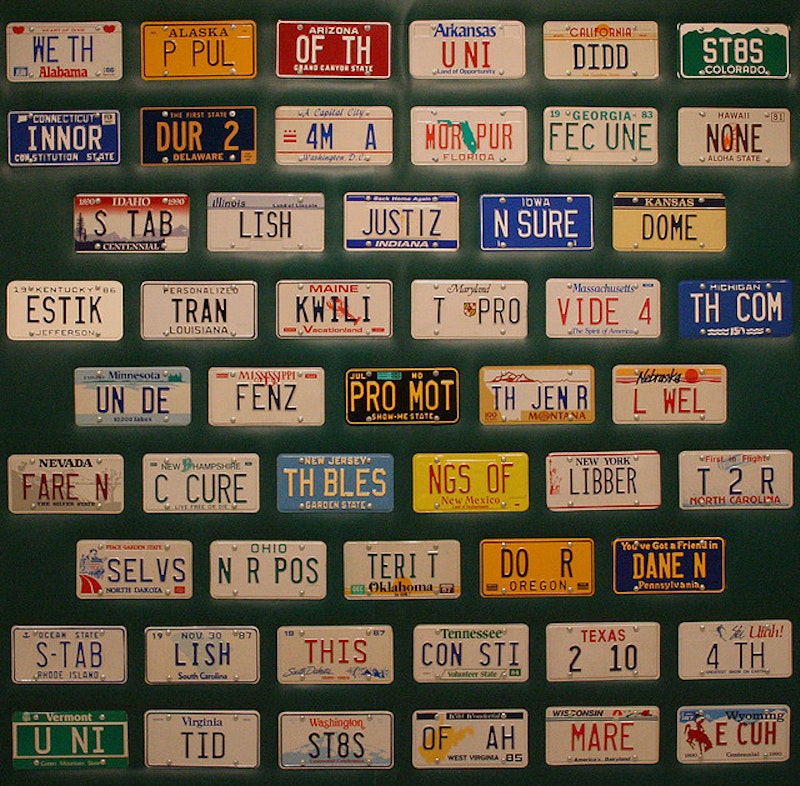 Is the Repeal Amendment as awful as it seems? Absolutely. It relies on a selective interpretation of the Constitution, it would likely have disastrous policy consequences, and it would set an extremely dangerous precedent.

Some background: spurred on by the Tea Party, Eric Cantor, the new House Majority leader, and legislative leaders from 12 states have proposed adding a 28th Amendment to the Constitution that would grant state legislatures the right to veto any federal law or regulation, so long as two-thirds of all state legislatures approve.

They argue that this would be a significant but small step towards restoring the Founders’ intent to balance state and federal power by creating a new check on Congress that would also “protect individual liberty” from an “out-of-control” government, as referred to by the 9th Amendment. Their appeal to the Constitution revolves around Article I, Section 3, and three other amendments. According to Randy Barnett, of Georgetown Law School and an author of the Repeal Amendment, Article I, Section 3 authorized state legislators to appoint members of Congress, and the 10th Amendment emphasizes states’ rights, to ensure that states can check federal power.

But, according to this view, the 16th and 17th Amendments, which were ratified at the beginning of the 20th century, run contrary to that original intent. By authorizing Congress to impose an income tax, the 16th Amendment dramatically expanded the reach of the federal government and eroded Constitutional limits on the legislative branch, which became free to “bribe” states to participate in tax-and-spend programs. In addition, the 17th Amendment undermines states’ rights because it grants the people, not state legislators, power to elect members of Congress.

First, their take on Article I, Section 3 and the 10th Amendment is extremely selective. There is much debate about the intent behind Article 1, Section 3: many counter that it was not designed to promote states’ rights but rather to allow Congressmen to concentrate on governing instead of campaigning. In addition, the 10th Amendment states that “The powers not delegated to the United States by the Constitution, nor prohibited by it to the States, are reserved to the States respectively, or to the people.” Clearly, “the people” are emphasized just as much “the states.”

This renders their reading of the 16th and 17th Amendments as contrary to the states’ rights spirit of the 10th Amendment and Article I, Section 3 simplistic and flawed. Furthermore, it makes their broader argument self-contradictory. Are they concerned with states’ rights or individual liberty? If the primary issue is the latter then it is hypocritical to denounce the 17th Amendment, which allows the people to decide who controls Congress. In addition, if it were about individual liberty then the repeal Amendment would assert that the two-thirds of the states must also contain two-thirds of the population. As for the 16th Amendment, if states cannot resist federal “bribes” to participate in entitlement programs, why would they ever veto more funding?

Obviously, the real issue here is neither states’ rights nor individual liberty. These arguments are merely excuses. The real goal is to slam progressivism and President Obama in particular by undermining the Constitutionality and credibility of government intervention. In the opening paragraph of his “Case for a ‘Repeal Amendment,’” Barnett lambasts “a federal government that has bailed out or taken over banks, car companies and student loans while it prepares to take charge of the practice of medicine.” Similar rhetoric permeates nearly every clip on Repealamendment.org’s YouTube page. Amazingly, Texas Rep. Brandon Creighton called it “ironic” that the federal government, which is running massive deficits, wants to tell states how to manage their finances. That a representative of Texas, which has an estimated $18 billion deficit, would make such a statement is the only real irony here. Not surprisingly, they all make no mention of George W. Bush’s warrantless wiretapping and extraordinary rendition programs.

The ultimate aim is to undo healthcare reform and dismantle the safety net. Presumably, they’re not pushing for outright nullification, in which a single state can unilaterally reject a federal law or regulation, because that’s considered a dirty word nowadays. The next best option is the Repeal Amendment. The reason why it does not stipulate that the two-thirds of the states must comprise two-thirds of the population for a veto is because there’s a slightly better chance that they could dismantle legislation without that requirement, though it would still be a daunting task. Considering that over 50% of Americans live in the 10 largest states the Repeal Amendment would give “outrageous over-representation” to small, rural states, according to University of Texas law professor Sanford Levinson.

Taking the instance of healthcare reform, a recent Pew Poll shows that 48 percent of the population and 87 percent of Republicans support repeal, while 84 percent of Democrats favor expanding the law. However, since in 2011 Republicans will control 26 state legislatures and Democrats will control 15, there is a small but significantly better chance that Republicans could muster eight swing states to join a veto if they did not have to worry about obtaining support from two-thirds of the population. And in general, as The New York Times argues, the legislation would “cast a long shadow over any program under federal law,” since there would perpetually be a looming possibility of repeal.

Supporters of the Repeal Amendment present it as merely a “very restrained step back towards re-establishing the boundaries the Founding Fathers tried to establish,” as Kenneth Cuccinelli, Attorney General of Virginia, puts it. But, assuming this is even true (and it isn’t because if the Framers intended to grant states veto power they would have done so), it would be foolish to presume that the push for states’ rights would end if the Repeal Amendment were enacted. Imagine what kind of a precedent such a move would set. Equally important, it would lend a sense of mainstream legitimacy to the bigoted Civil War buffs who support slavery and consider nullification feasible.

Though according to the Times it is extremely unlikely that the Repeal Amendment would ever be enacted, many dismissed challenges to health care reform as a fringe effort as recently as six months ago. Clearly, anything is possible in today’s rocky political climate, and so we must be vigilant. In a broader sense, it is imperative that more people push back against this dangerous, Tea Party-backed, fantastical interpretation of the Founding Fathers’ intent and the Constitution.