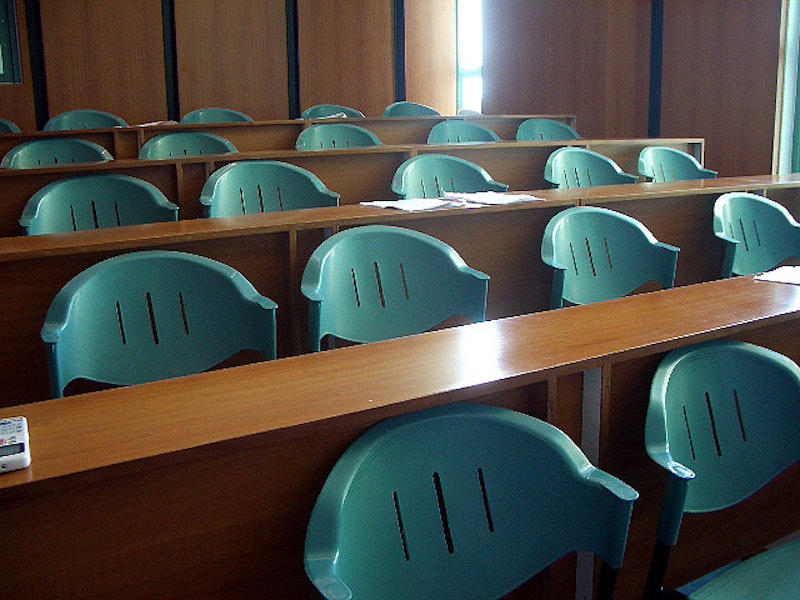 The battle over the Tucson Unified School District's Mexican-American Studies programs has been raging for over a year now. Last week, Tom Horne, Arizona's new attorney general, declared the program illegal based on a law that went into effect on January 1. It was a law that he himself helped craft, with this particular program in mind.

Under the statute, ethnic studies programs cannot promote the overthrow of the United States government, promote resentment toward a race, be primarily for one race or advocate ethnic solidarity instead of individuality. According to Horne, TUSD's Mexican-American program violated the law on all four counts. Other ethnic studies programs were untouched.

Looking at the curriculum, it's hard to see what Horne and other opponents are so worked up about. Frankly, it looks like a well-constructed, research-supported program designed to engage students who might feel alienated and unconnected to traditional Euro-centric courses.

The pedagogy is largely based on Brazilian educator Paulo Freire's Pedagogy of the Oppressed. Despite its clunky title and Marxist roots, the basic premise of the book is fairly Socratic. Freire felt traditional teaching methods were like a banking system, where students were conceived of as empty vessels to be filled with the teacher's knowledge. This dehumanized both parties, and mimicked the relationship of oppressor and oppressed. He argued that the learning process should be much more active, with mutual engagement on both sides. The goal is to reach a more in-depth understanding of the world, exposing contradictions in society and culture through critical thought. Though the text is often referred to as revolutionary, that shouldn't be read as obscure or outside of the norm. As a matter of fact, it is one of the most frequently assigned books in teaching philosophy courses at US universities.

The book list doesn't seem particularly offensive either. It includes modern Hispanic authors like Rudolfo Anaya and Lucha Corpi, but also seeks for a broader cross-cultural understanding through books like Ronald Takaki's A Different Mirror: A History of Multicultural America.

Other opponents have said that the district needs to focus on fundamentals, since their test scores are often the lowest in the state. Such a view might be defensible if it weren't for the fact that kids in this program are performing better on average. School officials say that students enrolled in the Mexican-American literature program do better on standardized state tests than similar students who are not enrolled.

One can only conclude that what really upsets Horne and the other opponents is that these classes, by teaching kids the un-whitewashed history of the southwest, might show Latinos that they have something to be angry about. Questions of immigration and assimilation become much more complex in light of the troubled history between America and her southern neighbor. In a state with so much anti-Latino sentiment and fear over their growing influence as voters, the idea that young Latinos might be anything less that grateful to be where they are, that they might have a stronger voice must be a frightening thought for some.

I’m not suggesting that teachers should be fomenting anti-government rebellions, but if a patch of history has impacted their lives, students have a right to examine it from all angles. They also have a right to talk about their experiences living in a state where there is a lot of racism towards Hispanics. They have a right to feel wronged and oppressed, as most teenagers are wont to do, regardless of ethnicity. The question is whether a teacher can harness those feelings to engage students, to make them capable of expressing themselves clearly and logically, and to get them thinking critically about how positive, nonviolent change could be possible around them.

What becomes most important, then, is how the teacher handles the class. Does he use the discussion of race and bias as a way of forcing student to think logically, to support their position with facts, and to be creative? Or does he encourage students to be blindly angry? I’ve never been to one of these lessons, so I couldn't say for sure, but then again, neither has Horne.

Although the district must put the program on hiatus now or risk losing millions in state funding, the issue is not quite resolved. Twelve teachers in the district have filed a suit in federal court challenging the constitutionality of the new law.