The Year in Preview

The November elections did not dramatically alter the make-up of Maryland's General Assembly as they did Congress. 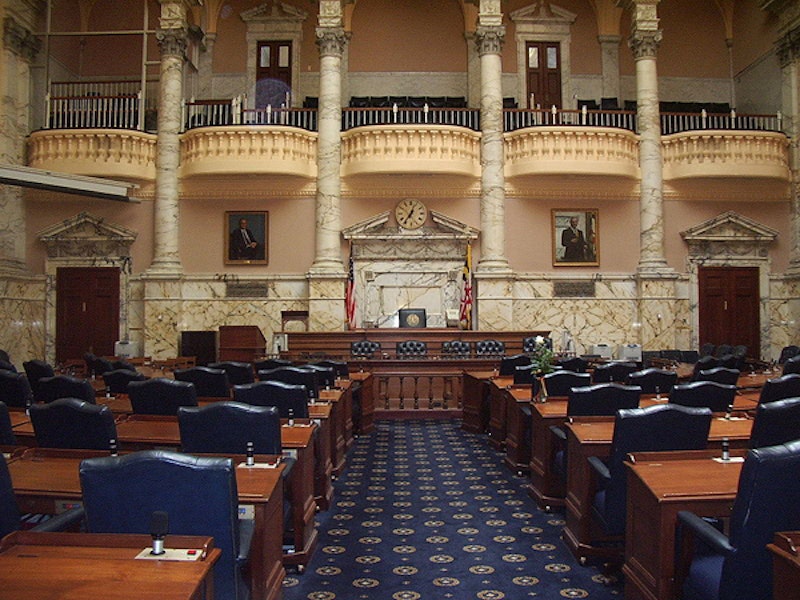 The newly elected General Assembly schleps to Annapolis this week with high ambitions and low expectations. The economy has been unforgiving and the mix of spending cuts and possibly new taxes on alcohol and gasoline will be an attempt to patch over a budget hole of $1.2 billion to $2 billion, depending on who’s doing the counting. A new study shows that states across the map, Maryland among them, lost about one-third of their revenue since the depths of the recession. So the 2011, 90-day meeting will be more of a “gesture” session than an annual spending spree where low or no-cost social legislation tops the agenda.

Lacking the bread to do much else, let’s at least hope they have the wit to put on a good circus. In a perverse kind of way, it’s easier to govern when money is short than when funds are plentiful. All the governor and the legislature have to do is say no, there’s no money. In flush times, however, interest groups claw each other in a Darwinian contest for a share of the boodle at another’s expense. The new legislature will be populated, in part, by rambunctious first-timers who are anxious to establish themselves in the State House as well as with the voters at home. They’d be well-advised to sit back for a session, learn from their elders and to pick an issue on which they are an expert instead of blathering on every subject that comes up for debate. Their elders, too, will be eager to cultivate the newcomers and earn their trust as well as their votes.

The Assembly will also re-visit gambling legislation with attempts to expand the slots franchise into Prince George’s County and to tweak the constitutional amendment to allow multiple slots licenses to accommodate Laurel Park whose dual owners refuse to abandon the fight that they’ve already lost twice.

The November elections did not dramatically alter the make-up of the General Assembly as they did Congress. Republicans gained six seats in the House of Delegates but lost two in the Senate, leaving Democrats firmly in control of state government across the bureaucratic flow-chart. There has been a realignment of committees in both the House and Senate, and, if anything discernable has occurred, it is a loosening of the ideological balance in the Senate.

At the head of the list of gesture legislation—goo-goo measures that cost little or nothing but accommodate special groups and allow lawmakers and constituents alike to feel good—are bills that have been bouncing around the Assembly for years. The issue of gay marriage will compete will a lesser version called civil unions. Gay marriage is the full Monty that the gay community demands and civil unions is the compromise that opponents favor, possibly as a way to defuse and kill the issue completely. Gov. Martin O’Malley (D), whose steadfast position had been that marriage is between a man and a woman—currently chiseled in Maryland law—now says he’ll sign gay marriage legislation if it arrives on his desk.

Maryland’s rendition of the “Dream Act” is a perennial visitor and it’ll return again this year after the lame-duck Congress failed to enact a national law. The dream act would allow children of illegal immigrants who have gone through the state’s public school system to attend public colleges at in-state tuition rates with the promise that the parents are on the path to citizenship. The xenophobic Del. Pat McDonough (R-Baltimore County) promises to fight the legislation with recycled bills of his own, as he has in the past.

Capital punishment will be back again, perhaps with no better results to outlaw the death penalty than it has had in the past. One spark of hope for opponents of the death penalty, however, is the promise of Senate President Thomas V. Mike Miller (D-Calvert) to bring the bill to the floor for an up-or-down vote. Another is the defeat of Alex Mooney, an unrelenting conservative Republican senator from Frederick County, who single-handedly blocked the bill in the Senate Judicial Proceedings Committee from advancing to the floor. It has always been assumed by opponents that the more liberal House of Delegates would vote to abolish the death penalty although the sentiment has never been tested.

Two bills dealing with alcohol are front-and-center this year. One would legalize the winery-direct shipment of wines and place Maryland in the company of 37 other states and the District of Columbia that allow home delivery of wines. The other would impose a “dime a drink” tax on alcohol and earmark the proceeds for health care for the poor. While this rendition may fall short, others favor raising the tax on alcohol as a general fund revenue source. The tax on beer hasn’t been raised since 1955 and the tax on wine and liquor has remained the same since 1972.

The session’s major fiscal issues involve pension funds and health care costs. One long-delayed decision is whether to shift some or all of the costs of teacher pensions back to the counties. O’Malley has now said he will not pass the burden on to the counties, at least for the moment, which have budget problems of their own and have resigned themselves to other cuts in state aid. And the other is to re-think benefits for state employees because of financial losses to pension funds caused by the recession.

Gambling is a late entry on the session’s docket. Peter G. Angelos, Orioles’ owner and entrepreneur, has once again expressed an interest in purchasing Rosecroft race track, in Prince George’s County, with the intention of expanding the slot machine franchise beyond its current five locations. O’Malley prefers to get the state’s five authorized locations up and running before considering additional slots facilities. Moreover, the developers of nearby National Harbor, on the shores of the Potomac River, have consistently opposed converting Rosecroft into a slots operation for both economic and religious reasons (the financial backers are anti-gambling as a moral issue). And local officials have also opposed bringing slots to Prince George’s because of the scandals attached to “casino nights” when Parris Glendening was county executive before he became governor.
At the same time, Penn National and the Maryland Jockey Club, co-owners of Laurel and Pimlico, are dealing with internal control disputes as well as renewed attempts to win a slots franchise for Laurel which lost out twice to the Cordish Company for the Anne Arundel County location. For Laurel to win a slots license, the legislature would have to approve a change in the Constitutional Amendment to allow a franchise owner to hold two licenses. Penn National owns Hollywood Casino in Cecil County. It is doubtful that the Assembly would authorize a change in the formula which would then require approval by the voters on referendum in 2012 as would the Angelos proposal.

As legislators gather to apply their handicraft, there are four reasons why Marylanders should be more comfortable with the General Assembly in session than they are with Congress:

—The Maryland Constitution, unlike federal law, requires a balanced budget. For decades this had been a durable myth until it was finally approved and codified in the early 1970s. Deficit spending in legally prohibited, but with a wink and a smile there is a legal escape mechanism, as there always is, called a deficiency appropriation.

—Under Maryland law, an amendment to a bill must conform to the body of a bill. Translation: There’s no such maneuver, as there is in Congress, as attaching an anti-abortion amendment to a B-1 bomber appropriations bill. The amendment must be one and the same subject as the intent of a bill.

—Every spending bill that is introduced in the General Assembly must contain a fiscal note explaining how the program will be funded. There’s no passing on the cost of a bill. (The exception: The Thornton school funding program, which was enacted and signed into law by Glendening without a source of funding and is a major cause of the structural deficit along with a cut in the income tax rate that Glendening awarded himself as part of his reelection campaign.)

—And the best protection available: The General Assembly can cut appropriations but not increase them or shift money among programs in the budget. This firewall was adopted in 1917 as part of the executive budget system after the legislature spent the state into bankruptcy.