Camille Paglia’s Her Own Worst Enemy

Paglia has always been a mixed bag. 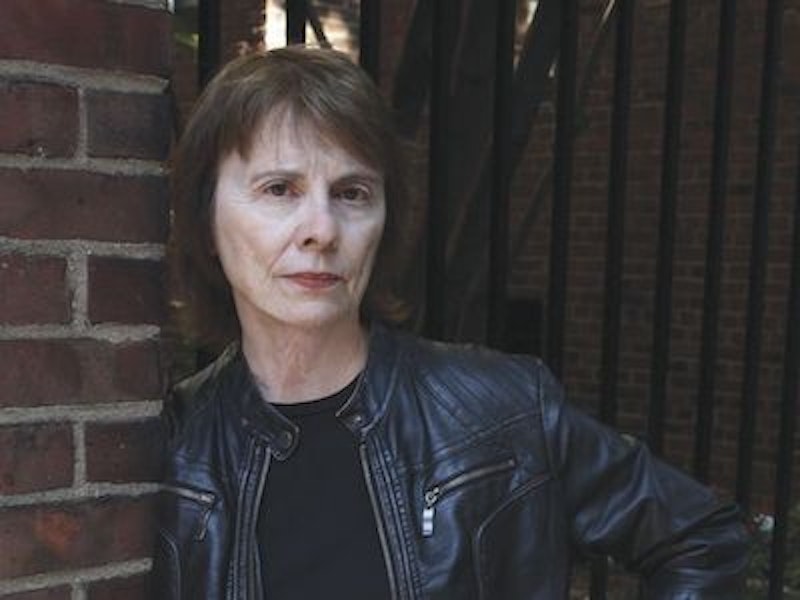 A few weeks ago, I saw a student petition circulating on Twitter, calling for the firing of scholar Camille Paglia from Philadelphia's University of the Arts (UArts). Normally, I have little patience with student protests over ideology that want the banishment of instructors or de-platforming of speakers, but something in their petition caught my eye: "In recent interviews she has blatantly mocked survivors of sexual assault and the #MeToo movement, and in classes and interviews has mocked and degraded transgender individuals." (Emphasis mine.)

I interpreted this small phrase as suggesting that Paglia might be verbally abusive toward her students, and signed the petition. I held a glimmer of hope that the school might investigate her classroom behavior, but I expected the petition to be rejected and it was.

I've read a few of Paglia's books, and am familiar with her positions. As a writer she's engaging, and reading her work can be an interesting adventure. Paglia has always been a mixed bag. In the course of a single paragraph she's capable leaping from the irascible to erudite. From one sentence to the next she can be enlightening and infuriating. In her approach to feminism, she was ahead of the curve in talking about the rights of sex workers and queer women. While never explicitly suggesting an affiliation with intersectionality, Paglia continues to make the argument that feminism has, for too long, been by and for the benefit of affluent straight, white women. I think history will regard Paglia as the Intellectual Dark Web’s point of origin.

Where Paglia lost her appeal was that her views on domestic violence and rape were so antiquated, if not outright bizarre, that I don't think they do women or men any favors—especially the men who have the self-control to not allow their lust to slide into deviance. For someone who believes that gender theory should have more scientific grounding, she's out of step with more recent research on both the nature of trauma and what distinguishes sexual predators from the general population. Also, Paglia rarely touches on policy issues outside of academia, so as my own interests moved in that direction she became less relevant to me.

Three years ago, as campus protests against guest speakers began ramping up, I warned of a boy-who-cried-wolf effect, that stamping everything with a trigger warning would deny serious consideration of those who truly need it. By the same turn, the protests have become a kind of white noise, directed at similar types of thinkers: left-of-center to conservative. Most of the responses I've seen have focused on the petition's demand that Paglia be replaced by a queer woman of color, and that, once again, the protestors are having a tantrum over someone in their vicinity engaging in wrongthink.

I’ve seen little discussion about Paglia's classroom behavior. A Title IX complaint has been filed, but neither the school nor the students involved have responded to my attempts to contact them, so I have only a vague idea of what's in it. Because of the way the petition conflates what Paglia has said in interviews with her classroom dialogue regarding sexual assault survivors and transgender students, I'm concluding that there’s some consistency with her words in both arenas.

In the interview linked in the petition, Paglia rails against sexual assault survivors filing complaints six months to a year after an incident, suggesting that if a "real rape" occurred, the victim would go to the police. She then puts on a mocking tone of a projected objector, complaining of police mistreatment and fear of seeing one's rapist on campus. As the libertarian feminist Wendy McElroy pointed out in a speech at Brown, the police often do "a piss poor job" in regard to rape allegations, and I still agree with her that the focus on campus rape is out of proportion with the need to focus on law enforcement and the judiciary. Furthermore, in Paglia's mock assertion of how a victim should be expected to behave in the event of a "real rape," I’d think that seeing one's attacker on campus would be pretty scary.

There’s an oft-quoted incident, where Paglia answers a question about respecting one's preferred pronouns, and appears to refer to transgender students as "you sniveling little maniacs." In the fuller context, I believe she's referring to newer pronouns that attempt to be gender neutral, but that explanation is never made explicitly clear. Also unclear is the current state of equitable protections for transgender students. Under Betsy DeVos, the Department of Education has weakened Obama-era codifications of Title IX protections. While I doubt that it would give an instructor license to single out a gender-nonconforming student who wants their pronoun preference honored, the current social-political climate offers no promises.

Paglia's her own worst enemy. There's been mention that she hasn’t attended the Title IX complaint hearings, which is pathetic. I’m reminded of an essay about the Avital Ronell affair, in which the esteemed NYU professor is currently on leave for sexually harassing a male student. Like Paglia, Ronell made her name in the early-1990s, as part of feminism's new wave, storming academia's ivory towers. But as fame and time wore on, both have found themselves in ivory towers of their own making.