Did Christie Really Just Lie About 9/11?

A not-so-honest defense of the PATRIOT Act. 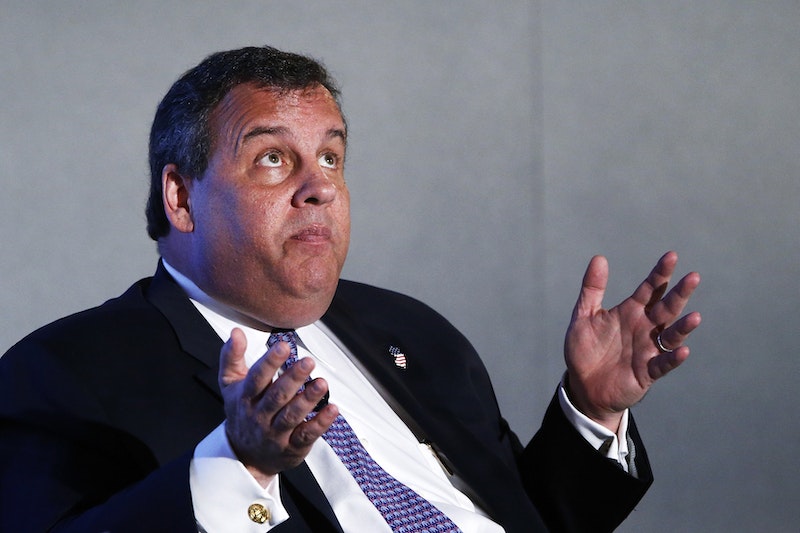 In the first Republican presidential debate last week, New Jersey Chris Christie tangled with Senator Rand Paul over the use of illegal wiretaps on U.S. citizens. In the process, he appears to have told a huge whopper. "I was appointed U.S. attorney by President Bush on September 10, 2001, and the world changed enormously the next day, and that happened in my state," Christie said.

The problem with that statement is, it isn't true. As journalist Marcy Wheeler pointed out, Christie wasn't nominated for United States District Attorney for New Jersey until December 7 of 2001 and he wasn't confirmed until the following year. The two dates are close and normally one could forgive this sort of fudging except for the lie that Christie is using it to tell—that he was a sort of Mini Me "decider" during the earliest days of the War on Terror.

As Christie bragged, "I'm the only person on this stage who's actually filed applications under the PATRIOT Act, who has gone before the federal—the Foreign Intelligence [Surveillance] Court, who has prosecuted and investigated and jailed terrorists in this country after September 11th."

The timing of his appointment is supposed to lend a certain weight to Christie's criticisms of Paul's stand against mass government spying on the American people. But in War on Terror time, it isn't remotely true. By the time Christie was nominated, the PATRIOT Act had been law for a few months and all the major battles were almost over in Afghanistan. By the time he was U.S. Attorney, the U.S. had effectively turned its attention to finding some way to invade Iraq.

Christie's not the big man he makes himself out to be. He was just another cog in the prosecutorial machine that he now defends.