Jo Brand ups the ante in the rage against Brexiteers. 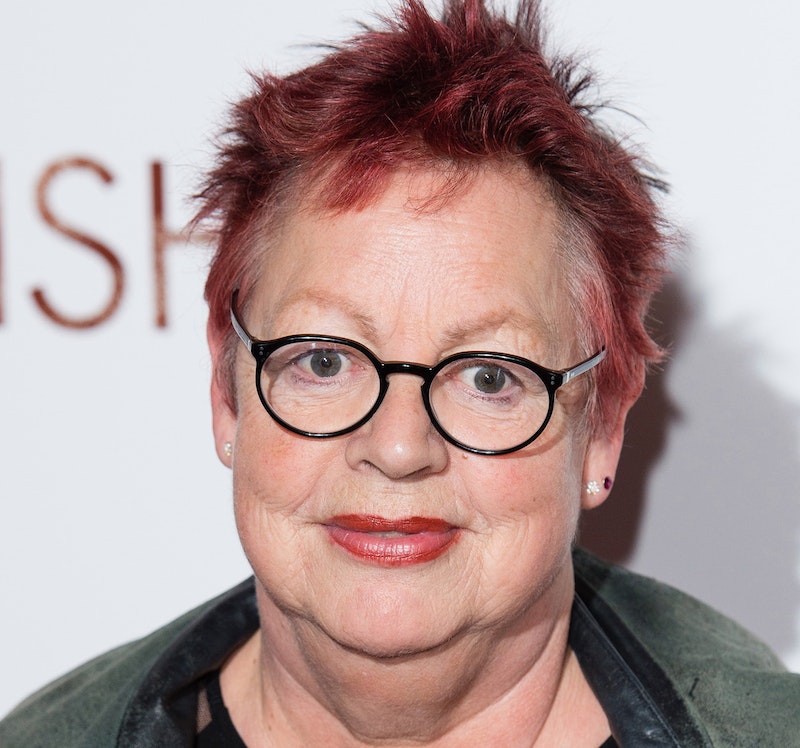 Discussing the milkshaking phenomenon on a BBC show last week, British comedian Jo Brand said, ”Why bother with a milkshake when you can get some battery acid?” This facetious invitation to violence got right-wing politician Nigel Farage agitated, perhaps because all of the milkshaking targets so far, including himself, have been Brexiteers. “This is incitement to violence,” he tweeted, "and the police need to act.”

The Brexit Party leader's reaction to an obvious joke was jarring, as British conservatives are normally disdainful towards the UK's rampant word policing, which I don't mean in a metaphorical way. Cops will actually knock on your door if you've offended the wrong people online, which could mean that you've simply stated your "incorrect" opinion on a gender issue. Americans, whose laws grant them more freedom of expression than any other nation, can't imagine having to take part in the Orwellian conversation that then occurs, but the British are far more complacent. The “liberal” part of “liberal democracy” is taking foreboding turns today in the birthplace of John Locke.

Farage isn't really one to talk, having once said that he'd "pick up a rifle if Brexit is not delivered." He'd have been better off taking the high road and criticizing Brand for her incendiary language while insisting he wouldn't involve the police. Perhaps the milkshake that messed up his suit while he was campaigning in Newcastle has spooked him into pushing an off-brand message. But even though British incitement laws are hardly friendly to free speech, the police announced that Brand won't face any legal repercussions, thus sparing the U.K. a great embarrassment while simultaneously saving their comedy scene.

Brand’s violence-flirting "joke" wasn't clever, especially in light of all the horrendous acid attacks that London’s been experiencing. I'm not sure how you can see what a face looks like (minority women are often the victims) after such an attack and find laughter material. But it requires a deft touch when you're joking about gas chambers or disfiguring people for life because you dislike their politics.

Brand, who lacks the light touch, shoots for appealing to people's lowest instincts. She once became the subject of a police investigation for joking on a BBC program that people should send excrement to British National Party members. The comic got a big laugh for her battery acid joke, but it was cheap and pandering. She could've shown real comic craftsmanship by finding a way of denigrating the milkshaking trend as childish, but in the post-comedy era, in which pleasing people by echoing their progressive politics is more important than making them laugh, fewer comics are willing to go out on this limb.

In her defense, Brand's comment was flippant, and she added it was just a fantasy that she wouldn't act on, revealing the level of hatred she harbors towards Brexiteers. Comedians facing a live audience feel pressure to get a laugh, so they’re liable to blurt out almost anything in the moment—something they can't see at the time is ill-advised. Brand has since called her quip “crass and ill-judged,” although maybe that was just to save her job.

Brand represents the bullying side of progressive politics, which is characterized by a sense of moral superiority. As your opponents lack virtue, it's okay to joke about doing unacceptable things to them. What I’ve observed on the Right, on the other hand, is plenty of dumb "own the libs" and “libtard” rhetoric, but little stoking of violence. Progressives have fooled themselves into believing that they're tolerant, but outside of their self-congratulatory bubble it doesn't look that way.

British left-wingers have no interest in defending free speech unless it's someone on their own side, like “left luvvie” (Farage’s words) Jo Brand. It's the same way here in the US, where progressives tell us we must be careful with our language, because words can be hurtful, neglecting to mention that this doesn't apply to Democrats like Congresswoman Ilhan Omar when she says that “the Jews have hypnotized the world,” or comedian Samantha Bee when she calls Ivanka Trump a "feckless cunt."

The left-leaning BBC, which announced that Brand’s remarks were “not intended to be taken seriously,” didn't sack the comic because she's one of their own, having appeared on their programs for decades. A right-winger making a joke encouraging acid attacks on Remainers, however, wouldn't stand a chance.

The BBC was indignant in January when loudmouth protesters against former cabinet minister Anna Soubry chanted—taking one from the left-wing playbook—“Soubry is a Nazi,” which isn’t an intelligent critique, but it was meant about as literally as Brand's remarks on acid attacks. The obnoxious protesters weren't suggesting that Soubry be doused with even a milkshake, yet 50 MPs wrote to the Metropolitan Police chief, who then investigated an incident of people freely expressing their political opinions. Left-wingers have called so many conservatives Nazis lately that they've forfeited the right to act outraged when a group of “far-right” protesters employs the same technique.

Nigel Farage and his fellow right-wingers who called for the police about the Jo Brand joke had a chance to show that they were a cut above their political opponents, but they blew it. The only winners were the cops.