Boris Gets a Right Ticking 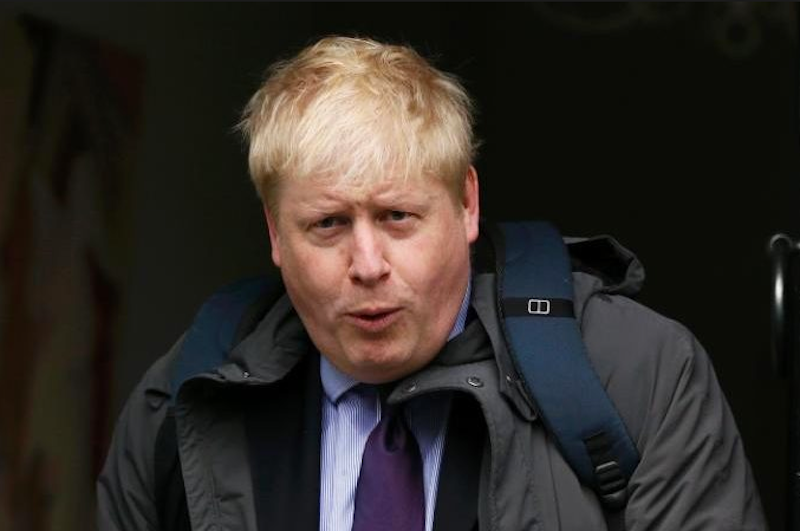 Boris Johnson was going to be prime minister. Now he has busted hopes and a column at The Telegraph. Well, sure, but what a column. Dig the latest: “Tory Candidates Need a Plan for Brexit—Here’s Mine in Five Points.” That’s the Johnson voice as it should be, fat and sassy. Johnson in person has been a different story. Now that he’s talked Britain out of Europe, he hasn’t had much to say. Except that he won’t run for leader of the Tories, which means he won’t be prime minister and won’t have to cope with the dislocations created by his bright idea. Otherwise he’s been muckle-mouthed.

A clip shows him dogged by reporters and commoners the day after he fizzled his way out of the Tory leadership contest. “You stood based on your interests,” says an indignant Londoner. Johnson answers, not very loud, “Rubbish.” The Londoner’s voice acquires some extra courage. “Yes, you did,” the Londoner says, and he adds, “Absolute disgrace.” Johnson doesn’t quite say anything; he makes sounds, but no words present themselves. Remarkably he’s wearing a business suit and a backpack. Brits are used to seeing him this way, but it’s a hell of a thing.

The Londoner presses on. “You don’t have the guts to sort it out,” he says, and he punches the word “guts.” The fellow has a light, skipping voice, and he sounds like a boy who’s trying on moral authority—like a school prefect giving a ticking off, as certain types used to say over there. “Rubbish,” Johnson says again, unhappily. He’s no louder than before.

A reporter with microphone catches him from the other side. “Mr. Johnson, you fought for Brexit,” the reporter says, or chants, because he has to be loud for the mic. “Are you responsible for implementing it?” Johnson looks at him and spreads wide an arm. His big face has the look of someone wrestling with absurdity: no one will leave him alone! “Come on,” he says, still not loud.

“—abandoned a sinking ship,” says a voice from his other side. It’s the Londoner, who is falling behind but has some last thoughts. “Tapers,” the Londoner says, or appears to say. Whatever the word, he flings it. Johnson, looking straight ahead, says, “Honestly.” He’s a sight. So much suit, so much back, such a derisory amount of backpack. The thing hangs on him like the derby on a cartoon bruiser. Johnson wears it dork-style, both arms through the shoulder straps.

Now Johnson has a five-point plan for Brexit. He’d better clear it with the Londoner, because I think that guy has his balls.