Gary Byrne’s Crisis of Character Is All Bark

The Clinton “tell-all” is fun in the trashy Albert Goldman tradition. 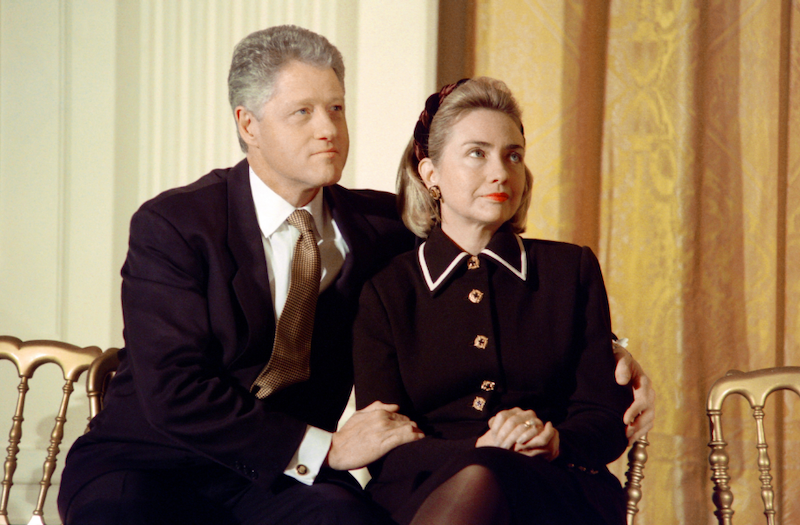 We need people like Gary J. Byrne. I’m a chickenhawk—let’s go, but I’ll stay behind. I’m not getting up at four a.m. to do suicide drills and go overseas to fire missiles and fly planes for shit pay and bad food. Thank goodness for our military, happy fourth! I got into an argument with an acquaintance about six months ago. I had retweeted this image, and this guy shot back something along the lines of “I will never feel sympathy for anyone who volunteers to be a government contracted murderer.” The nerve of this prick—I’m not exactly Charlton Heston, but I recognize and respect the type of people who go into the military and excel because they allow me and my family to do what we do. It’s possible to believe that police departments across the country are systemically racist and dysfunctional, while at the same time feeling sincere gratitude for all those that go unsung that keep us safe. When something goes right, we don’t hear about it.

Anyway, enough in defense of Gary Byrne. The guy’s a nitwit. Yes, I thank him for his service, but he’s a tool, and whomever he hired to ghostwrite his (trigger-warning) “explosive tell-all” book Crisis of Character belongs in jail. Hyped as a Hillary Clinton exposé based on Byrne’s time as a Secret Service officer in the Bill Clinton White House, the book fails to deliver: the bulk of it is about Bill and Monica, and you can’t really say anything new about those two. The worst Byrne has on Hillary is that she yells, shrieks even!, and more substantively, lacks any respect for uniformed officers and military personnel. They expect the law and the office to bend to their will, blah blah blah… you’ve heard it on Hannity before. This book is so poorly written (with so many words that are italicized, all the wrong ones), and has so little payoff. Albert Goldman is rolling around in his extra-large coffin. Byrne is low-key racist, admits he’s dyslexic and suffers from severe ADD—who the fuck got this ball rolling? Also, why does he censor himself with the word “fuck” but not “shit”? Besides, is there really a difference between writing “motherf—er” and “motherfucker”? My sixth grade English teacher says no! Motherfucker.

“The Clintons are crass. Papa Bush is class.” To his credit, Byrne’s book actually clarified the murky distrust of the Clintons that I grew up around. You read about something like Whitewater, you don’t understand it. At least I don’t. Committing perjury for pussy? Forgivable… by the way they totally fucked. Intuition. You can’t say anything about Benghazi, that’s as loaded as the word “bomb.” But Byrne never makes a distinction between reckless arrogance and Mr. Burns-esque evil. Bill Clinton recklessly put everyone around him in legal jeopardy, but he didn’t invade a country under false pretenses. Given the chance though? Ehh… this book barely features Hillary, at all. It doesn’t really make a strong case against her candidacy—just that she’s loud and a bitch. Well, good! Crisis of Character gets good when he dishes on the Air Marshals and the Secret Service and all the petty infighting and budget cuts and honor emergencies! Obviously, Byrne couldn’t sell this thing to his mother unless it was marketed as a Clinton tell-all—they’re all over the dust jacket, looking very sus. Byrne’s book is a good read in the Albert Goldman trash-titan tradition, but nothing more.