Truth-teller Michael Wolff tells the media what it doesn’t want to hear. 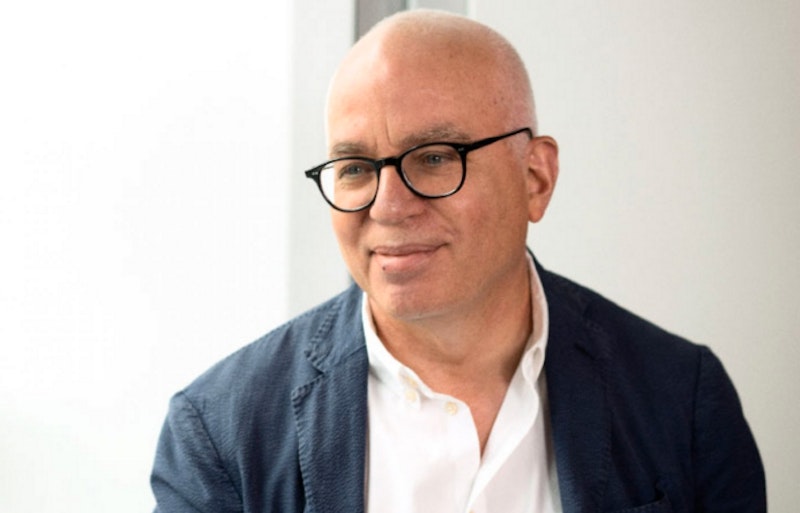 Michael Wolff, media nomad, has a chip on his shoulder, and I—undoubtedly in the minority—like it. Wolff, 62, is always working: sometimes his ventures are successful, sometimes not. He’s had no luck with start-up Internet sites, but as an author—the best book written about Rupert Murdoch (The Man Who Owns the News), hands-down—and press critic, he’s a real force. He wrote an influential column for New York in the late-90s (and unsuccessfully tried to buy the then-weekly), then on to Vanity Fair, the British GQ and currently USA Today. (I’m sure this is a partial list, but as Wolff himself would say, who in the world has the attention span/time to check everything out?) Other journalists get pissed at Wolff when he relentlessly promotes his stories on Twitter, as if that marginalized platform isn’t constantly used for self-advertising. And he’s really funny: years ago, the pompous journalist Jonathan Alter—who ostentatiously bragged about traveling with Bill Clinton on Air Force One and nearly had a live nervous breakdown on MSNBC on Election Night 2000, when he thought Al Gore was getting jobbed—made some obvious proclamation, and Wolff shot back, “Thank you, Teddy White!”

I’ve no idea whether Wolff still has regular luncheon appointments—he was noted for dining at Michael’s in Manhattan daily—but I doubt his popularity, or lack thereof, can fill a dance card like the days before expense accounts went bust and he started telling the unpopular truth about the newspaper industry’s ongoing demise.

His latest USA Today column says that Facebook’s recent decision to minimize its relationship with news “content” providers in favor of personal posts and What I Ate for Dinner, is an industry event that’s of a piece with Brexit and the equally unlikely rise of Donald Trump (two stories that Wolff rightly chastises the media for underestimating). I don’t know about that—Wolff, like so many, has a case of Brexititis—but he is correct in pointing out that news organizations that pinned hopes on receiving readership from the fickle Facebook were out-maneuvered once again by their desperate gullibility. After all, Facebook has a current market evaluation of $330 billion; The New York Times, supposedly one of the healthier media companies—only leg has been amputated so far, but the arms are next—would fetch, if the myopic owners ever decided to sell, an embarrassing fraction of that number.

Here’s Wolff’s conclusion: “Since Facebook is going to turn its back on publishers, publishers ought to radically and unilaterally reject Facebook. Let Facebook go dark. Take back control, in the words of the Brexiteers. And don’t ever give it up again. The fearful and quisling news media has, alas, no mechanism by which to speak with one voice or take a unified action. So our business, as we have known it, will perish. Less optimistically, it has already perished.”

Despite Wolff’s needling and needling of the media business (and his almost certainly facetious suggestion that publishers “unfriend” Facebook), he’s obviously dismayed at the destruction of print media. Wolff’s of the generation that grew up on print, made a handsome living off it, with perks aplenty, and ruefully remembers the days when consumers read more than headlines. But, unlike publishers who tout their growing number of digital users—as if that’ll stave off more waves of layoffs—his eyes aren’t blinkered. And that’s probably the reason he’s the skunk, instead of the toastmaster, at the few remaining media parties.