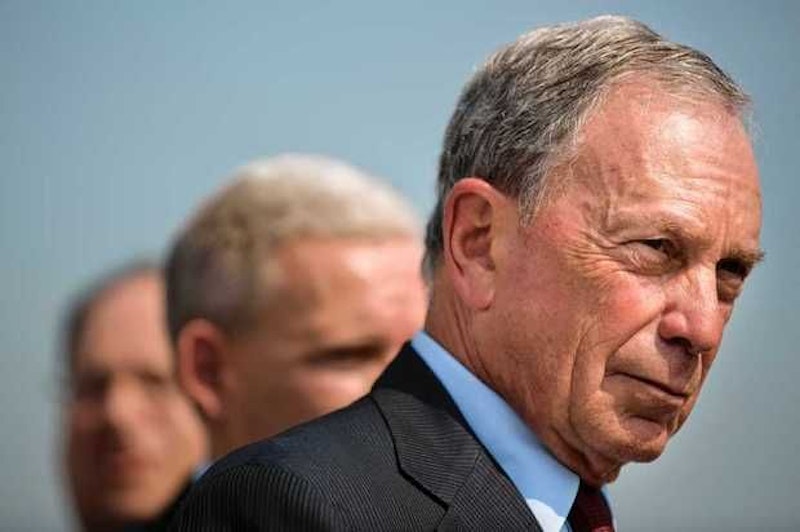 I remember as if it were yesterday being a low-level Emmys judge and finding out one of my fellow judges, a journalist, had worked for Michael Bloomberg, who was then considering running for mayor of New York City. I was still a fairly optimistic, open-minded young man back then, so I asked the fellow if he thought Bloomberg would make a good mayor.

I then saw a facial expression I’ve seen repeatedly since on other people, a slightly bug-eyed and paranoid one that means, “I am still slightly afraid to talk about my former boss, but please, please, by all that is holy, even if I am somehow destroyed, bring to the others the message that this thing must not come to pass.” He said it was terrifying that Bloomberg had corporate power, let alone that he might soon have political power.

New York has suffered worse things than Bloomberg, but he indeed soon proved a petty tyrant, not only increasing spending and property taxes but regulating or seeking to regulate everything from smoking and table salt to dancing and beverage sizes, all while hectoring the world about climate change and trying to get cars out of New York City. The quintessential tyrannical boss, he doesn’t seem to think in terms of right vs. left so much as his way vs. stupidity.

Given that he also uses his combination of financial and legal pull to aid his vast real estate empire, he starts to look more than a little like a much shorter version of another New York City megalomaniac in the news lately, Donald Trump. In fact, even before recent news that Bloomberg might enter the presidential race as an independent, I noted the parallels between Trump and Bloomberg.

I suspect Trump was encouraged to swagger in and take over a weak national Republican Party in part by watching Bloomberg do essentially the same thing in New York City. Bloomberg became a Republican just long enough to use the party as a vehicle for taking control of the city and wasn’t even calling himself a Republican anymore by the time he ran for his term-limits-flouting third term.

Though it’s not the first time he’s expressed national ambitions, might Bloomberg even now be contemplating a presidential run out of annoyance at being upstaged by Trump? And what on earth will America think of my hometown if we end up with not one but two billionaire blowhard New Yorkers in the general election? And Hillary was a senator from New York, you know. And even Bernie Sanders was born in Brooklyn.