The Art of the Hit Piece

Anyone can write them. 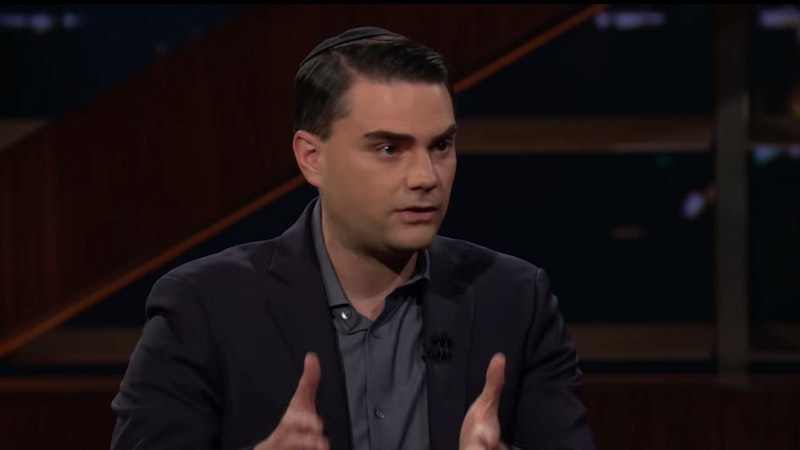 Marlow Stern, Senior Entertainment Editor for The Daily Beast, is unhappy with Bill Maher, host of HBO’s Real Time, who he calls “the supposed liberal firebrand” in his latest article. “Dude, get it together,” he admonishes, because Maher had the temerity on Friday to give conservative firebrand Ben Shapiro the coveted one-on-one interview slot before the Real Time panel discussion begins. The writer refers to the Harvard Law graduate as a “delusive dimwit,” and a “troll.”

Perhaps Stern’s grown so comfortable with the standard late-night talk show format that caters to his own politics that the shock of a conservative voice was just too much for him. Or maybe he wasn't aware that Maher’s always had a wide spectrum of beliefs represented on his show and that he questions liberal dogma. The entire tone of his bitchy rant was one of someone redressing a personal affront. How dare you, Bill! You're supposed to be a loyal member of the progressive tribe and you betray us by giving a platform to this reactionary troll?

Writing like a troll doesn't help you make your case that your enemy’s a troll. On his list of other untouchables Maher's hosted over the last year, comprised of what he calls “rank opportunists,” Stern includes New York Times op-ed writer Bari Weiss, who’s a “hate-read specialist,” right alongside alt-right apologist and advocate for shooting journalists, Milo Yiannopoulos. And who’s the delusive dimwit?

You do expect the lazy vitriol and distortion of this Daily Beast hit piece because that's all the rage from left-leaning media outlets these days, especially when the target's a member of, as is Shapiro, the liberals’ latest bête noir, the identity-politics-hating, civil-discussion-loving Intellectual Dark Web. Canadian psychology professor and charter IDW member Jordan Peterson recently got the treatment in the Sunday New York Times from tech and culture correspondent Nellie Bowles, albeit without Stern’s sophomoric name-calling. She expressed her scorn with more subtlety.

Bowles, who Petersen let into his home, wasn’t interested in learning whether her preconceptions about the YouTube sensation were off the mark. She writes that Peterson feels that a “society run as a patriarchy makes sense and stems mostly from men’s competence,” but not because she discussed the issue with him—rather, that's what her readers want to hear. Had she asked, his answer would’ve added substantial nuance, because Peterson doesn't promote rule by patriarchy—he just doesn't support the progressive ideal of equality of outcome, supporting instead free choices leading to hierarchies of competence.

Bowles oddly calls Peterson “extremely feline,” and says he doesn't smile. He’ll make only “fleeting, suspicious eye contact” with her. The professor tells young men to clean their rooms but “his office is a mess.”

Peterson spoke to Bowles about the need for “enforced monogamy,” an anthropological term. He means that a society that encourages marriage (the marriage is the enforcement mechanism) will be a more stable society, but the writer gives the impression he’s advocating for women be taken at gunpoint and given to low-status men so that those men don’t become violent incels.

Nellie Bowles did a similar number on James Damore after Google fired him for his controversial memo addressing gender issues in the workplace. She wrote that the former Google engineer believed that women were “biologically less capable of engineering,” when his actual argument focused on contrasting interests and personality traits between the sexes and stressed the point that any biological differences that scientists have identified between the sexes are based on wide samples and do not apply on an individual basis.

Essentially, Damore’s saying that hiring goals aimed at increasing the number of women just for the sake of diversity isn’t a wise business practice, which is a valid theory worthy of discussion. But the writer’s more interested in making a dubious association between Damore and the men's rights movement that progressives have labeled as misogynistic. Alongside reporting on what Damore’s said, she includes quotes by men’s rights activists he's not even associated with, painting a false picture that they're in league together.

The hit pieces that abound in this era are the journalistic equivalent of the negative campaign ad—they’re aimed at people who are either too impressionable, uninformed, or too biased to understand the writer's giving them a piece of propaganda. Controversial conservatives whose views are routinely distorted by the media, like Shapiro, Weiss, Damore, and Peterson, become “big game” that a certain type of predatory journalist longs to bag as trophies.

Writing a hit piece isn’t challenging. You just figure out what your audience wants, which could also be called pandering. You state, as Marlow Stern did, that Bill Maher got “played” by a conservative troll, when in fact he had a spirited discussion with a conservative who didn't even vote for Trump, pushing back on just about everything Shapiro said. Or you refer to your target as a “former-child-actor-faced Angeleno.”

Shapiro criticized Trump’s trade policy and disturbing affinity for Vladimir Putin, but Stern ignores that and ludicrously writes that he “whined” about needing 600 cops to protect him at UC Berkeley when he spoke there.

The hit piece says more about the writer than its subject. It’s a much more difficult task to resist the cheap shots and write something that will at least challenge some readers’ preconceptions, but many take the easy route that Marlow Stern and Nellie Bowles chose.