Conservative Opposition to Trump Ought to Be Celebrated by Liberals 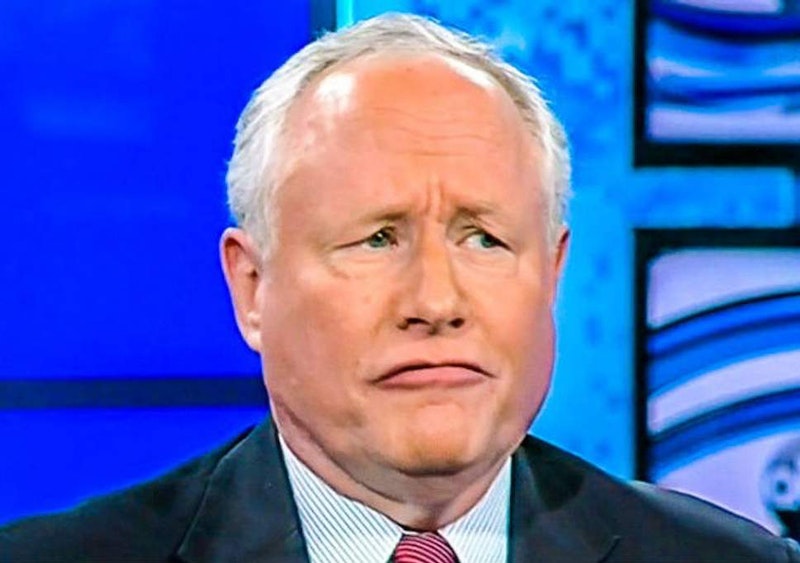 Two conservatives—David Frum and Andrew Sullivan—recently wrote excellent columns about the family separations that have taken place on our southern border.

Frum provides a sober assessment of the crisis, noting that the huge number of asylum claims is “choking the American capacity to respond to them” and challenging the view that “immigration is a civil right and that immigration enforcement is totalitarian.” He describes immigration as a “tremendous addition to a society’s dynamism, wealth, and power,” but understands that the rule of law isn’t something a society should shed lightly, even for what seem like noble reasons.

Sullivan lambasts the border separation policy as “utterly indefensible and morally foul,” but he also recognizes that Democrats should be willing to work with Republicans to pass a bill that will alleviate the crisis instead of “allowing the underlying cause of it to continue for political reasons.” While I don’t think Congress should capitulate to Trump and “give him his fucking wall,” as Sullivan suggests, it was refreshing to read an article that contained more than another torrent of cheap opprobrium.

At a time when far too many liberals were eagerly spouting hysterical analogies about Japanese internment camps and the Holocaust, Frum and Sullivan managed to hold Trump accountable while urging readers to resist blind outrage and tribalism. This made me wonder: Why are so many conservatives such effective critics of Trump?

For one thing, conservative writers aren’t just talking to people who are reliably anti-Trump. Hatred for Trump is ubiquitous on the left, so liberals don’t have to anticipate as many objections or offer as much nuance when they attack him. They should try to engage with a broader audience (including Trump supporters), but let’s be honest: different political factions generally just talk amongst themselves.

Even if a growing number of conservatives don’t call themselves Republicans anymore (or only do so reluctantly), they know Trump represents an urgent threat to their broader movement. Trump doesn’t have much of an ideological or ethical core, but this doesn’t change the fact that he’ll always be associated with “the right.” This gives conservatives an incentive to be more measured and solutions-oriented when they criticize him—they’re either trying to salvage what’s left of their party or doing what they can to ensure that conservative ideas don’t have a Trump-sized anchor strapped around them for the next few decades.

However, this doesn’t mean pure self-interest is motivating conservatives to speak out against Trump. Many of them have done so as a matter of principle, and they’ve dealt with personal and professional consequences as a result. In a recent interview on Bloggingheads.tv, the National Review’s Jonah Goldberg explained why it’s tough to denounce Trump from the right: “There are people on the left who will never accept me. And the people on the right feel betrayed by me—or a lot of them.” Conservatives who criticize Trump are also constantly assailed by the most sordid elements of the far right—perhaps even more so than liberals.

For example, Ben Shapiro is a conservative writer who endured a hurricane of anti-Semitic abuse after he resigned from Breitbart and accused Steve Bannon of turning the magazine into “Trump Pravda.” According to the Anti-Defamation League, almost 7500 anti-Semitic tweets were directed at Shapiro during the 2016 presidential campaign—more than any other journalist by a huge margin. John Podhoretz, Noah Rothman, and Goldberg were also targets of vile anti-Semitic language on Twitter.

All this is to say some conservatives are willing to put up with a lot to hold the line on Trump—a testament to their sincerity and integrity. I’m not arguing all the writers above have “anti-Trump” printed on their business cards. There are varying degrees of support and disdain for the President on the right—for example, Frum and Sullivan are more critical than, say, Goldberg. Nor am I arguing there aren’t vociferous opponents of Trump on the left. But as the widespread acquiescence to Trump in the GOP has demonstrated, conservative writers like Frum, Sullivan, Goldberg, and George Will (who recently called upon his readers to vote for Democrats in November) have resisted pressures that many of their colleagues have succumbed to.

Not everyone on the left is impressed with their new “allies” on the right. In a 2017 article for Vox, Robert Wright warned liberals about the dangers of making common cause with conservatives—particularly neoconservatives—in their opposition to Trump. As his subtitle put it (borrowing a line from Matthew Yglesias): “Don’t trust ‘woke Bill Kristol.’” Wright is concerned that the new, woke Kristol is really just old, hawkish Kristol, deviously trying to “win favor from fervent liberal anti-Trumpers, favor that can be used later to sell another war.”

Kristol may well use his newfound platform as a vehicle to push for a more interventionist foreign policy. As far as I know, his opinions haven’t changed on that front. But something tells me liberals won’t suddenly decide to support a war with Iran (something Wright fears could be “coming soon”) because they happen to like what one of its supporters has to say about the President. After all, has Wright forgotten who would be prosecuting that war?

Despite Wright’s concerns, Kristol could be having a positive effect on our national discourse. If people on the left are introduced to conservative writers and ideas via mutual opposition to Trump, it would be one of the few exceptions to the surging partisanship we’re witnessing every day. When Americans with divergent political views agree on Trump, it’s often because they can see the clear threat he poses to our norms and institutions. They know he’s a pathological liar. They know he’s implacably hostile to the free press. They know he ruthlessly exploits the divisions within our society.

Shared values and principles can sometimes supersede political prejudices—even in the United States. That’s something to celebrate.