Bill O’Reilly and the Altamont of Fox News

The left is cheering the demise of O’Reilly, but liberals have nothing to boast about. 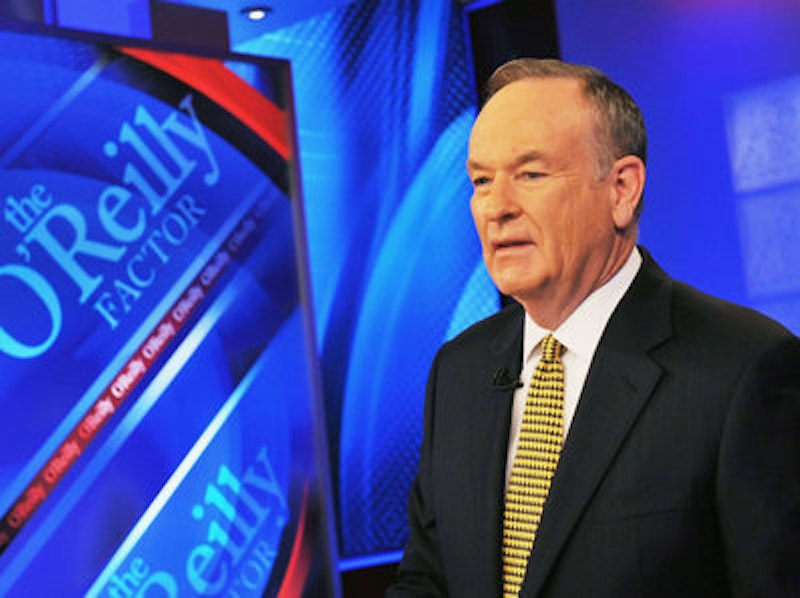 Fox can show its true conservative honor by fearlessly and publicly investigating itself, in the process challenging the shared assumptions of its right-wing viewers.

Rolling Stone investigated the hubris, lack of planning, and drug-fueled idiocy that led to chaos and deaths at the concert. Calling it “rock & roll’s worst day,” a Rolling Stone writer described the scene this way: “Flickering silhouettes of people trying to find warmth around the blazing track reminded one of the medieval paintings of tortured souls in the Dance of Death.” A writer in the equally radical 1960s magazine Ramparts observed, “We all seemed beyond the law at Altamont, out there willingly, all 300,000 of us, Stones and Angels included, and on our own.”

“Beyond the law”—a phrase that seemingly applies to Fox and its attitude towards sexual harassment. Risking alienating its advertisers and core audience, in 1969 Rolling Stone showed balls, the same searching moral inventory that would be missing more than four decades later when the magazine shrank from responsibility for publishing a rape hoax. The Altamont coverage was an inspiration to Hunter Thompson. In an undated letter from Thompson to Rolling Stone editor Jann Wenner, Thompson observed: “Your Altamont coverage comes close to being the best journalism I can remember reading, by anybody.” (Source: Thompson’s book Fear and Loathing at Rolling Stone.)

It’s worth noting that Thompson, who, through no fault of his own, spawned generations of journalists who think velocity and glibness are substitutes for hard work, honor and honesty, could also be candid with himself despite his leftist politics. Recall Thompson’s article about the Kentucky Derby, in which he wanted to find the illiterate, racist and inbred face at the Derby that represented the worst of redneck America. After days of overindulging, Thompson found the face—it was his own, reflected in the bathroom mirror. When covering Watergate, Thompson called Pat Buchanan “the one person in the Nixon administration with a sense of humor” and the two met in Washington for beers.

The left is cheering the demise of O’Reilly, but liberals have nothing to boast about. Propaganda sites like Vox and the Huffington Post are just as reactionary as Fox, and the more mainstream media is not any better. The liberal media was largely quiet during the sexual assaults that were part of the Occupy movement several years ago. In 2011 I visited the Occupy site in Washington a couple of times and asked about the rapes. I was told by someone, a journalist, “Well, you know, people get drunk, go into a tent to sleep and try and feel up somebody.” These are the same journalists who went nuts about a conservative political conference when they heard that a sexual assault had occurred—before it tuned out that the entire thing had been made up by New Republic fabulist Stephen Glass.

What’s needed in the O’Reilly case is for a tough reporter willing to thoroughly investigate the dark side of O’Reilly’s No Spin Zone. A journalist like Charles Lane, who went against his hipster staff at the New Republic to expose liar Glass. Or William F. Buckley, the National Review founder who chased the John Birchers out of the conservative movement. Or Lowell Bergman, the man who rebelled against his employer CBS for their “pre-censorship” of a story about the tobacco industry.

I’d say the best man for the job is probably Fox reporter James Rosen, who stood up to the bullies in the Obama administration and is the author of The Strong Man, a terrific book about John Mitchell and Watergate. But who knows? I recently took to Twitter to offer Rosen some sarcastic observations about O’Reilly, and the Nixon scholar and Buckley acolyte blocked me.