When did the masses ever want freedom? 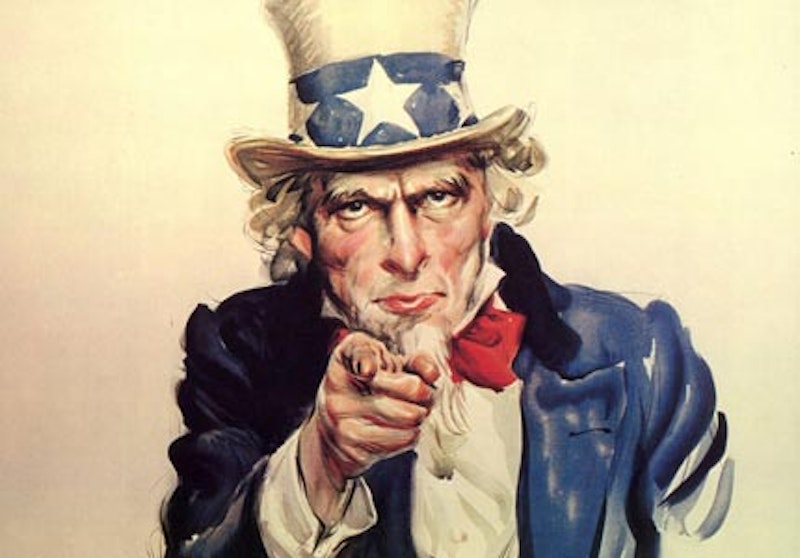 I think a love of sci-fi helps me take the long view of things. I contend that the average history student a century from now (if that concept still makes sense among the cyborgs) will see the distinctions we tend to make among different forms of big government as mere hairsplitting.

Progressivism, fascism, communism, Islamism, social democracy, the surveillance state—all one bad idea, leaving hundreds of millions dead, billions of dollars wasted, and the students’ eyes glazing over. Get to the part where everything becomes anarchic and decentralized and people have their own backyard micro-manufacturing plants!

And in the grand scheme of things, as the Cato Institute and others have pointed out, we already are like Denmark, though it might surprise Bernie Sanders to hear that. He dreams, as the left did for decades, of the Scandinavian model, but by many measures, we’re already there—or have even surpassed the Danes on the road to statism. Those future historians will say Sweden had more welfare spending, the U.S. had more regulations, Denmark had high taxes, but it’s all going to look like subtly different breeds of goldfish in the grand scheme of things.

This omnipresent socialist bent to modern civilization has long meant that real political zealots sometimes leap back and forth between different versions of the big-government creed with great fanfare, as if it’s a real change of heart. I’m not impressed. Oh, you were a social democrat and now are a big-government pro-military conservative? Get back to me when you become an anarchist.

One of the saddest cases of statists treating their loyalty to different forms of government as fungible may have come from a dispatch in Partisan Review back in the mid-1930s. One of that magazine’s typical leftist correspondents was recounting circumstances in Continental Europe as he found them just prior, as we now know, to World War II. He mentioned in passing meeting a young couple in college who, to his surprise, were ardent Hitler supporters despite being Jewish (again, this was years before the war). He asked them how they felt about Hitler’s ethnic views and they told him they didn’t expect much to come of those policy-wise and that in any case, in spite of their disagreement with Hitler on that issue, fascism still seemed like the best way to advance the cause of socialism, which was the important thing.

At a time when our two major parties sometimes sound as if they’re aiming for a careful balance of socialism and fascism, maybe I should feel consoled by the thought that at least we don’t live in the dark days when people really did feel obligated to choose between those two options explicitly. Instead, I’m horrified that people go on choosing sides with enthusiasm even when presented with the most deadly and monstrous options.

With or without Biden in the race, I feel quite surrounded by bad presidential options this time around. What frightens me, though, is not the situation today but the possibility that people will keep going through the same half-hearted motions of picking, debating, squabbling, lining up behind their chosen representatives even as things get far, far worse and the choices more and more authoritarian.

But remember: like citizens of Weimar, you can show off a Halloween costume representing just how bad government gets by attending my “Libertarian Halloween” party Wednesday night at Shade Bar if you’re in New York City. Until then, at least, may the republic endure.