Ben Shapiro’s Shtick Is Played Out 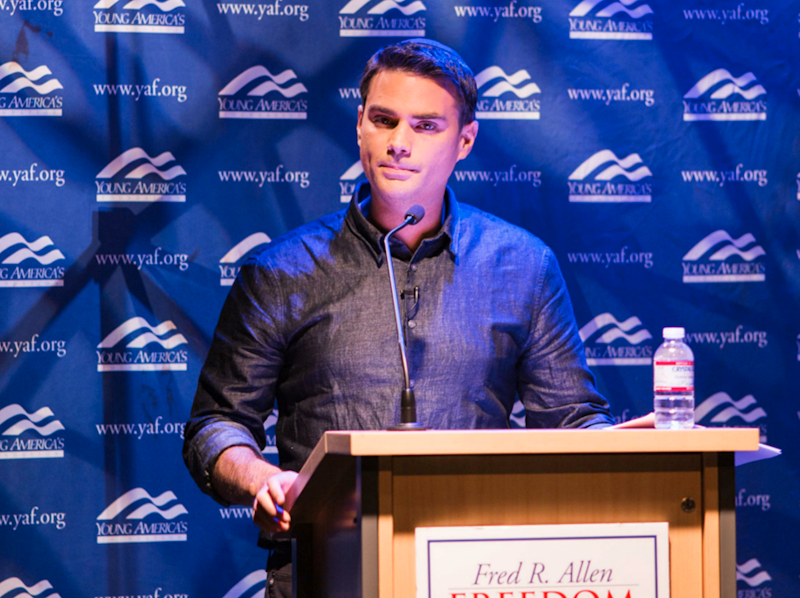 When it was reported last week that Chester Bennington, lead singer of Linkin Park, had committed suicide, no one expected any kind of insightful commentary from Ben Shapiro. Why should they? Shapiro is a conservative polemicist who specializes in destroying left-wing social justice warriors on college campuses. A rock star’s death is not his beat.

And yet, the fact that Shapiro isn’t thought of as a voice to consult on Bennington reveals part of the problem of modern conservative punditry. The Right, toggling between irrelevant think-tankers and shrill alt-righters, has completely abandoned cultural criticism to the Left. Whereas once a conservative like William F. Buckley could write insightfully about people like Johnny Carson, John Lennon, or Elvis, today’s conservatives can only react. Shapiro’s a leading figure, but to me his shtick is played out.

It’s true: by preaching transgenderism, racism, anti-capitalism, and cultural Marxism, liberalism has made itself a slow-moving target that deserves pounding. Shapiro has a brilliant mind and it was fun watching him rip apart liberalism. He’s the Lt. Commander Data of the right, reporting to annihilate the weak arguments of virtue-signaling college students.

But then, Commander Data was at least curious about learning more about human behavior, including the complicated influences and motivations that make us who we are. Data was curious about philosophy, art, and feelings. Shapiro simply reminds us that facts don’t care about our feelings. There are diminishing returns for this kind of reductive rhetoric. Shapiro is currently bickering with UC Berkeley for scheduling over an upcoming talk. But he spoke at Berkeley just last April. What’s he going to say different now? Is he for single-payer universal health care? Does he have anything interesting to say about music or art? Can he speak to the meaning and passion of Chester Bennington’s work?

In William F. Buckley’s book A Torch Kept Lit: Great Lives of the Twentieth Century, there’s a remarkable eulogy for John Lennon. Buckley, who famously disparaged the Beatles, nonetheless dug deeper when Lennon was shot in 1980. Buckley noted how Lennon had changed from being bitter and resentful in a 1971 Rolling Stone interview given shortly after the breakup of the Beatles to being the quiet father of the later 1970s. In his December 18, 1980 column, Buckley explored Lennon’s metamorphosis:

Then suddenly he seemed to walk tall. And it was in that posture that he was shot down and perhaps his own experiences—with drugs, with joyless sex, with enervating solipsism—shriveled him, and the generation that turned out to weep for him experienced something of that spiritual emancipation that comes to people who come to see things philosophically.

Here is conservatism of genuine intellect, spiritual insight, and of feeling. Buckley even noted that Lennon’s death is part of a “grotesque” pattern of gun violence in America. He doesn’t just rattle off NRA statistics.

In 2014, Seattle passed an ordinance giving musicians special unloading zones in front of music venues. Speaking on radio station KTTH, Shapiro offered this, “Now, the next Kurt Cobain, before he decides to off himself with a shotgun, the next Kurt Cobain will have the ability to prioritize his own unloading [of music gear]… I guess when I’m unloading my baby at one of these venues, I guess I will have to take a backseat to the guy who’s unloading his guitar and also his massive depression.”

Glib, resentful, culturally ignorant, and with low emotional intelligence and an extra helping of bitterness, this is the state of celebrity conservative commentary.