Kind of From a Donald Trump Times Interview 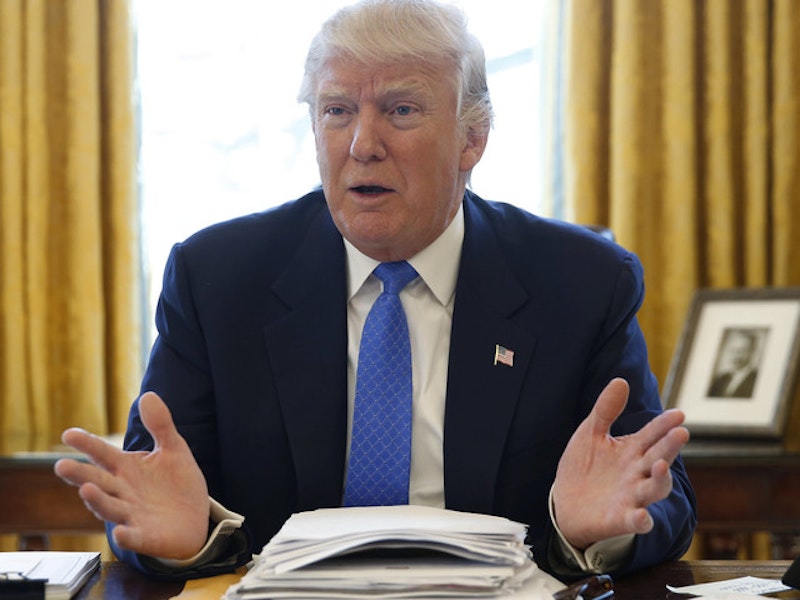 TRUMP: But I asked that. I asked the president, “So what about Napoleon?” He said: “No, no, no. What he did was incredible. He designed Paris.” [garbled] The street grid, the way they work. You know. The spokes. He did so many things, even beyond.

And his one problem is he didn’t go to Russia that night.

HABERMAN: You must have been so tired at, by that point.

TRUMP: Well, Napoleon finished a little bit bad. He left them there.

TRUMP: Because he had extracurricular activities, and they froze to death. He had activities, remember. Uh huh? And the soldiers, okay, that was a pretty cold situation. They were in Russia. Rush-uh. Okay? Cold.

But he took his eye off the ball, so he finished a little bit bad. Napoleon. [garbled] The soldiers, they were over there, and he was over here, and he could have, he could have… I don’t know. The shuttle.

He got the streets right. Those came out nice. I like them, everybody likes them. You like them.

TRUMP: But it was the activities, that’s what concerned him. And I can understand it. Because then, at that time, if you look, what they used, if you look at the photos, where the people slept—it was like tents. Looked like tents. That’s the pictures, when you take a look.

You got in a bed then, it was a tent. It was a… tent. It wasn’t a bed. So he’s inside a tent with, I don’t know. She’s got a name. Fantastic lady, really the best—for back then. He’s with her. I don’t know, she’s got black hair, I know that. Dimples. I like that sometimes, but she had them good, so it was really good. I like dimples sometimes but hers were nice, it worked.

TRUMP: But it was tents. That’s something they don’t talk about. He was in there with her, and you got to lift some flaps just to see out. He’s in there, she’s… Walewska. Her name.

TRUMP: Built very nice in front. [crosstalk/unintelligible] From what I saw, pictures. Nice to look at in front. Other side? Don’t know. I guess they don’t show that back then. The pictures don’t have that.

TRUMP: And you got to lift the flaps. So he could have got over there, Rush-uh, but he didn’t. They froze.

But I think a lot of that is, just, it was tents.

But the streets, I love those. They’re something else.

Good God, Man. Steven Bach, please stand up. From Leni: The Life and Work of Leni Riefenstahl: “Her images of them purport to honor their venerable beauty, but the narrative function they fulfill is as agents of ignorance and greed. They look good but they destroy.”