Bannon Is Right About Austrian Economics 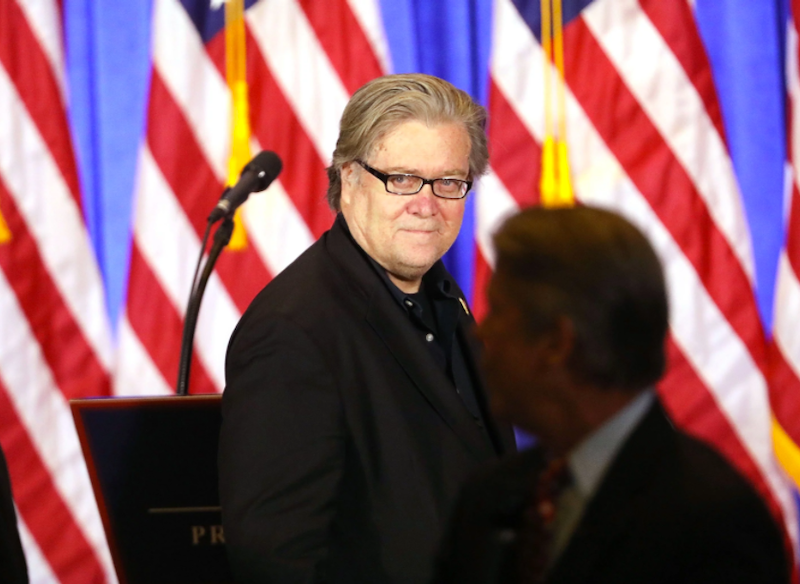 White House Chief Strategist Steve Bannon claimed recently that too many Republicans in Congress are myopic, suffering from a uniquely American conservative disorder called, in a word, libertarianism.

“I think the Democrats are fundamentally afflicted with the inability to discuss and have an adult conversation about economics and jobs, because they’re too consumed by identity politics,” Bannon told a reporter for The New York Times Magazine. “And then the Republicans, it’s all this theoretical Cato Institute, Austrian economics, limited government—which just doesn’t have any depth to it; they’re not living in the real world.”

This was met with predictable pushback, as Jeff Deist of the Mises Institute—the flagship store, if you will, for the Austrian economics brand—writing in Business Insider exemplifies. “We know Bannon has read Sun-Tzu and Aristotle, but has he read the Austrian literature he dismisses so casually?” Deist inquires. “Finally, there’s the old ‘not living in the real world’ chestnut; how many times have libertarians heard this one?”

Not enough times, in my opinion. But I digress.

Bannon is familiar with not only Sun-Tzu and Aristotle, but marginal figures like Julius Evola as well. So there’s actually a non-insignificant chance that he’s read up on Austrian economics. But even if he hasn’t, I have, and can tell you that the branch of economics known for producing “anarcho-capitalist” diehards like former UNLV economist Murray Rothbard (who adorns Republican congressman Justin Amash’s office wall and is the number one protégé of Austrian econ mainstay Ludwig Von Mises) is in low repute for a reason.

A core problem with Austrian economics—the economic “soul” of libertarianism to a far greater degree than e.g. the more mathematical and Milton Friedman-friendly Chicago School—is that it’s too often unable to disentangle its normative libertarianism (the ought) from its purportedly socially scientific economizing (the is). This is known as the “libertarian straddle.” When pure economics fails to convince (both others and perhaps even ourselves), we libertarians can always fall back on the moral superiority of the non-aggression—or voluntary—axiom. This subtle shifting of the goalposts in Austrian School rhetoric gives reasonable people pause to consider what’s really motivating things.

“Austrian economics, or any brand of economics, has very little to say about blood, culture, soil, language, and nationhood,” Deist writes. “Social science, at least honest social science, is not prescriptive; economics can’t provide a normative system, political science can’t Make America Great Again.” But Austrian economics does provide a normative system. No less than Murray Rothbard himself said so.

“It so happens that the free-market economy is by far the most productive form of economy known to man, and has been responsible for industrialization and for the modern economy on which civilization has been built,” Rothbard told readers in his 1973 book, For a New Liberty. “This is a fortunate utilitarian result of the free market, but it is not, to the libertarian, the prime reason for his support of this system; that prime reason is moral and is rooted in the natural-rights defense of private property; even if a society of despotism and systematic invasion of rights could be shown to be more productive, the libertarian would support this system.”

Of course, the flipside to this is the notion that even if a system of natural rights-derived private property promoted despotism, the Austrian economist and libertarian would nevertheless support it. That kinda sucks.

Luckily, the Austrian School per se is too marginal to be of much influence. Deist is correct to point out that congressional Republicans are “hardly under the spell of Austrian economics.” But Bannon has a point about the Austrians’ myopia and broader conservative tunnel vision around notions of individual liberty. The superficial identity politics engulfing the left may be worse—and probably is—but let’s have no illusions about what’s animating the ideological right.