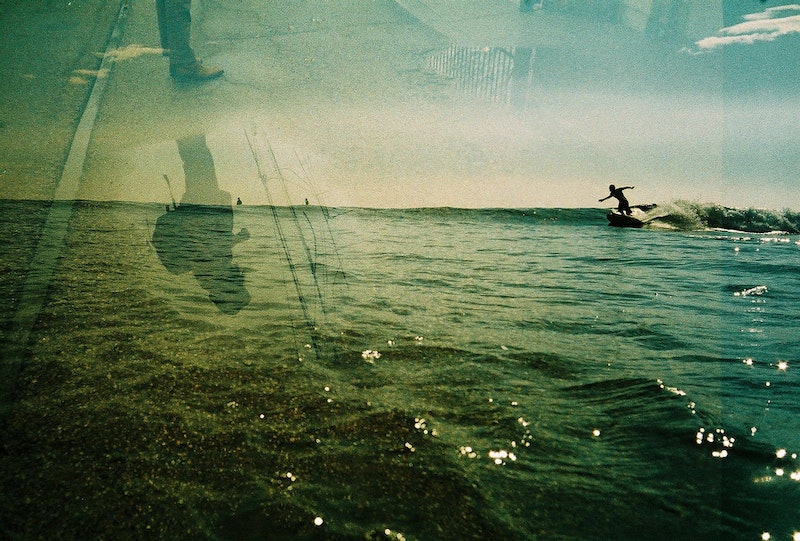 As a genre, travel writing is banal. Novelist Paul Theroux has avoided the tired clichés that weigh the genre down by making himself the main character in his stories. Perhaps Wells Tower has read Theroux lately, as he's front and center in his recent New York Times Magazine piece on his short trip to Hawaii to escape the mainland's stressful political environment. Theroux, author of travel classics like The Great Railway Bazaar and The Old Patagonian Express, however, doesn't have to worry about the competition.

While readers can be thankful that the author of the short story collection Everything Ravaged, Everything Burned spared them the gushing of a first-timer in Hawaii (Mai Tais on the beach at sunset, etc.), his condescension towards the 50th state and its inhabitants makes for brutal reading. You can feel it from the very first sentence, when Tower, writing about a Polynesian entertainer at a luau, tells us that his bio states that he's “internationally known as the Coconut Man.” There's a hint of ridicule there, as if Coconut Man’s a silly moniker. Tower writes about his family making their way to a “plastic table” and “plastic plates,” and informs us, at the end of the first paragraph, “we are tired already.”

I was tired too, because the writer had telegraphed his intentions and I wasn't looking forward to reading more. He's vacationing in Hawaii with his family and dining al fresco on a beautiful warm evening but he's already tired? Tower gripes about his lacquered chicken and puffy dinner rolls that $87 per head got them, but these events exist to squeeze dollars from gullible tourists, as he admits. Then why did he write about going there “hankering after something incontestably Hawaiian?” What's the point of going to a tourist trap and then whining about it? There are plenty of great local restaurants where $87 will buy you a feast that would include some of the best seafood in the world, not some chafing dish chicken.

But you don't come to that particular luau for the food, the writer explains. You come there “because you have traveled thousands of miles only to fetch up in Waikiki Beach, a concentrated zone of souvenir dealers and luggage-dragging hordes.” Well why did he fetch up at one of Hawaii's least desirable destinations then? If your idea of a good beach is one you can see highrises from, then Waikiki’s your place. If you want to visit a city, there are plenty of better ones on the mainland.

Tower's wife became understandably uncomfortable when watching the luau’s entertainers in their grass skirts and painted faces. It struck her, accurately, as “minstrelsy.” Maybe this would’ve been the point where the writer explored how American colonialism in Hawaii ended up producing all the native entertainers who peddle their heritage at cheesy luaus for tourist dollars. Instead, he refers to the game of pretend both sides were playing. The Hawaiians aren't playing pretend because it's their first choice, so it's not exactly mutual. They never had to sell their culture by playing dress-up before the mainlanders arrived and started throwing their weight around.

The writer tells us that until 2017 he hadn’t even had a vague temptation to visit Hawaii, but it's hard to believe anyone can grow up as an American and never have such a thought. He claims he thought of it as “a meretricious luxury product whose visitors bring happiness with them in the form of money.” Really? So what does he do but go to a crummy luau and Waikiki, the places where he can best reinforce his cracked view of one of the greatest repositories of natural beauty on earth? What's meretricious about Waimea Canyon or Nā Pali State Park?

Tower subtly lets us know he's really above Hawaii's charms. He's “not one for cocktails containing patio equipment or lazing on talcum-soft sand.” I'm really not sure what “cocktails containing patio equipment” even means, but I get the gist of it. He likes to rough it, like the time he accidentally slept on a dead rat in New Zealand and woke up with a heart murmur. He prefers to remember the time he disgorged a duckling in the street in the Philippines rather than nice meals he's had.

When the author went to the Big Island, he was briefly charmed into at least musing about living there. The fantasy didn't last too long. He had an encounter with a sketchy guy selling coconuts who told him that coconut water was so similar to blood plasma that it was used in transfusions in WWII when there was no blood. “His brand of coconut palaver is, I suspect, common in these parts,” Tower writes. “Encountering it in a regular basis... would drive me out of my mind.”

No. I used to live in Hawaii, and you're just as likely to have such a conversation with some freak on the mainland as on those islands. Tower “suspects” it, but he has no idea what's going on. Nobody decides not to live somewhere after one random conversation in a parking lot. As it happens, Paul Theroux has spent half the year in Hawaii for over two decades. It's so complex to him that he still struggles to define it. Maybe that's because, unlike Wells Tower, who’s a skilled writer, he's opened his mind to the place.